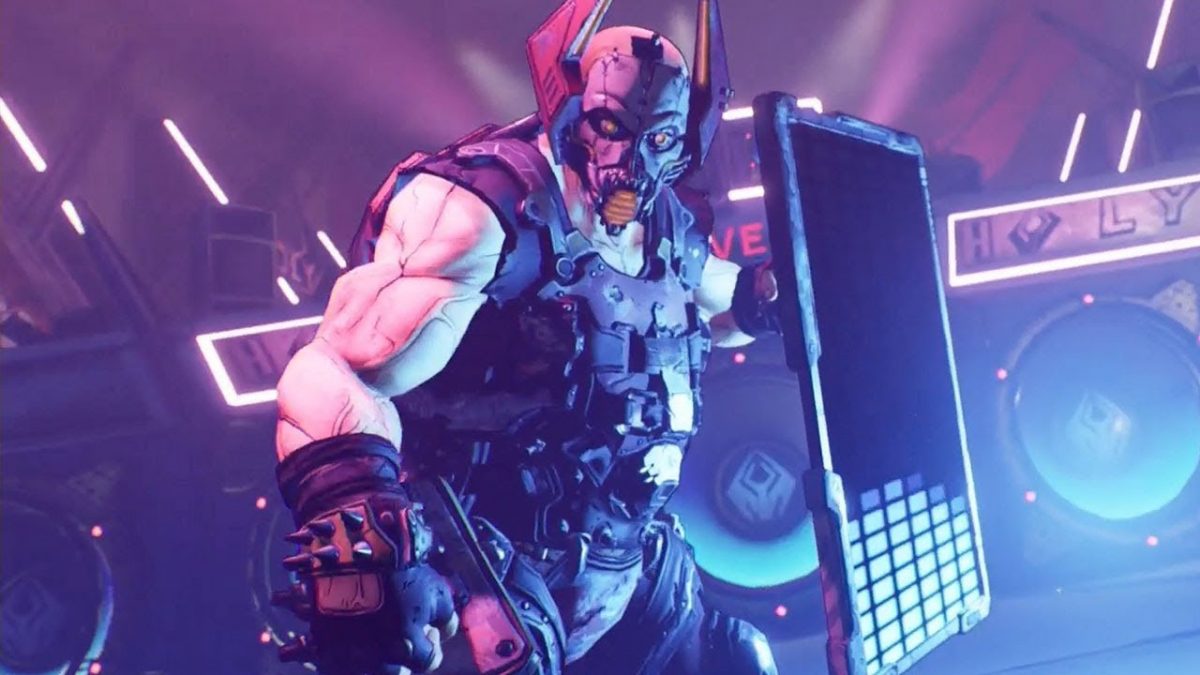 Borderlands 3 Cult Following Walkthrough will take you through the entire missions and will help you defeat the Mouthpiece boss so that you can complete the mission.

Cult Following is the third chapter in Borderlands 3. In this mission, Lilith asks you to bring a Map which can only be acquired by defeating the Mouthpiece boss.

Talk to Lilith and she will tell you to go to Ellie’s Garage to get a vehicle. Ellie will be in the junkyard behind her garage. Talk to her she will tell you that her vehicles were stolen and you need to grab one from Super 87 Racetrack.

Make your way through the Super 87 Racetrack while killing enemies along the way. In case you don’t feel like shooting anyone, you can just run past enemies.

As you get to the racetrack, you can either get into the marked Outrunner vehicle or just take one of the vehicles driving around. You need to take the vehicle back to Catch-A-Ride station outside of Ellie’s garage. However, as you leave the area with the car, the rest will chase you down.

Get to the Catch-A-Ride stations and use the console to equip the machine gun onto the vehicle. Now, go to the Holy Broadcast Center located in Ascension Bluff.

Follow the objective marker to a large building and go to the top. While you are on your way to the top, you’ll come across a lot of ammo resupply and Med Refill. Take these as a boss fight is about to begin.

Jump to the floor below, and you’ll be greeted by Mouthpiece. Obviously, you need to defeat him in order to progress. While fighting Mouthpiece it’s important that you keep moving and spray bullets when given the chance.

Keep an eye on Mouthpiece, as when he dances at the beat drop, he doesn’t inflict any damage. Also, when you hear a charging sound, look at the cable surrounding the speaker. If the cables are lit up then the area is about to blow up and you need to run away from this area.

Once you have defeated him, take the map and return to Lilith in Crimson Command room and the mission will be complete.

That is all for our Borderlands 3 Cult Following Walkthrough guide with tips on how to defeat the Mouthpiece boss.