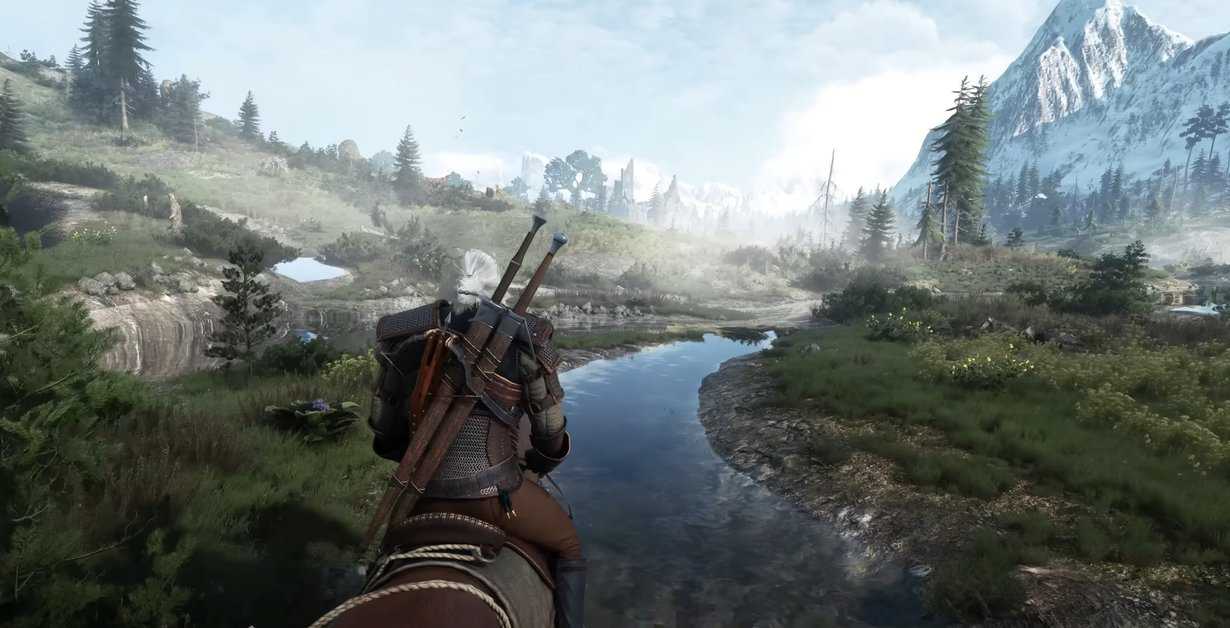 Now that the next-gen update for The Witcher 3 Wild Hunt is out, many players are about to experience the world of the witcher for the first time. Besides that, many veterans of the universe might also be returning after a while and get confused by some of the changes made to the game. To help players understand The Witcher 3 better, we have prepared these handy tips explaining various aspects of the game.

Before we even enter the game, we have a few issues to address. When playing on steam, you have 16 complimentary free DLCs and 2 major paid DLCs. However, these might not work for you in the game, so here we will help you install the DLCs.

Firstly, if you cannot load the free DLCs, go to Witcher 3 in your steam library, and open the properties tab. Here, enter the DLCs tab and make sure that all of the free DLCs are enabled for the game. Follow by checking the integrity of your files and then start the game. This should help you load the free DLCs in TW3.

Blood and Wine and Heart of Stone DLCs need to be purchased after which they will be visible in the DLC library to download. If not, take the following steps:

Below you will find some tips to make your witcher journey a lot smoother in The Witcher 3.

As you start, you have the option to skip the tutorial. We recommend that you go through the tutorial. This not only introduces you to all the basic controls of The Witcher 3, like running, climbing stairs, and fighting but also teaches you one of the most critical aspects of the game, Parrying.

Parrying is one of the most important abilities you can learn. You can freely train to parry attacks without the fear of dying in the tutorial for Witcher 3. Parrying allows you to negate attacks from humanoid enemies and retaliate quickly with one of your own.

Parrying can mean life and death in many situations later down the game when you face hordes of enemies simultaneously. Only blocking them won’t do you any good.

Dodging and rolling from attacks are your two basic methods of getting out of enemy attacks in Witcher 3. Both seem fine as they get you out of harm’s way, but knowing which to use when will prove to be very useful.

Dodging is done by double-tapping the directional button. For dodges, Geralt will only take a small step away from the line of attack. Dodging is only effective against smaller enemies like drowners with a limited attack range, and a single dodge will save you from getting hit. For such enemies, dodges allow you to retaliate quicker and faster.

Rolling away allows Geralt to jump and roll a greater distance and get away from the fight. Rolling is easier to pull, but it creates a distance between you and the enemy, which makes it difficult to follow up with an attack.

Rolls are better when you want to avoid attacks that have a more extensive hit range or for chain attacks so you don’t have to keep dodging. You can also roll away if you are surrounded and need breathing space before reentering the fight.

Players can save their game at any point in Witcher 3, and we recommend that you take full advantage of this. TW3 Wild Hunt offers players choices that might change the quest’s outcome altogether.

Once you have completed the mission, you cannot redo them to change the outcome if it doesn’t suit you. As such, you can always use these quicksaves to return to a point before you make the decision and try again to get the desired outcome.

Furthermore, you can use it to experience both the paths the game offers and then go with whatever way you think suits you the best.

When you are out of combat, HP automatically recovers and will eventually replenish completely. Still, the rate of recovery is too slow. You should always keep your vitality filled when out of combat so you can be prepared for anything.

Using potions and eating food will increase HP regen for Geralt in and out of combat. Furthermore, you can invest in skills like Gourmet Food that allow you to regenerate HP faster when out of battle.

If you are anticipating a fight, we recommend Meditating before heading into the fight. Meditating for an hour will completely restore your health and is free. You can meditate anytime when out of combat, even during quests with a partner. Use it to your advantage to save up on your supplies in the game.

Alchemy in The Witcher 3 allows you to make potions, oils for swords, and bombs. Unfortunately, most players forget about the benefits of indulging in Alchemy and focus more on brute strength.

Oils act as buffs that you can get in any fight. Certain oils increase your damage to different enemy types, allowing you to work better against difficult enemies altogether. Similarly, bombs allow you a ranged option that deals AoE damage, perfect for dealing large groups and finishing off strong enemies without taking risks.

Almost all the lot that is not consumable in Witcher is for alchemy. As you progress, you only get more ingredients for alchemy, making it easier to brew healing potions, buff oils, and craft bombs.

The Witcher 3 Wild Hunt offers players the option to change game settings at any time. The most notable is changing the game’s difficulty anytime they want to, even in the middle of fights.

Suppose you are ever struggling at any point or dying to enemies or bosses again and again, maybe because you chose the Death March difficulty on a dare. In that case, you can lower the difficulty of the battle and even increase it later if you want to.

This makes it much easier and safer for new players to approach the game without feeling overwhelmed.  For quests in the game, don’t leave any quest for later on. This targets explicitly side quests.

Side quests in the game are often linked to the events in the world that are bought about by your actions in the main story progression. If you leave a side quest dangling, it might disappear later, locking you out of the quests.

Take care of your armor and weapon

Armor and weapons in TW3 Wild Hunt have limited durability. For this, you need to ensure that the durability is high enough. So neither your armor nor your weapon break during combat. If they do, your armor stops providing any protection, and your weapons deal very low damage.

To keep yourself safe, you should always carry a few repair kits for weapons and armor. You can repair them at any time, and the better variant of the repair kit you have, the more durability you can return by using the kit.

Next, you can also enhance your gear. For this, you need to visit any blacksmith or armorer. Instead of talking to them, interact with the grindstone or workbench they have, and Geralt will enhance his gear. This buffs your gear for a limited time that upgrades their abilities. Your weapons deal more damage, your armor’s protection is increased, and both degrade slower on use.

Since enhancing is free, you should do it every time you visit a settlement.

Roach is your trusted stead in TW3. You can call Roach to yourself anywhere in the world by pressing the designated whistle key. The first thing you need to know is that Roach travels faster when running on roads, rather than when running in the wild.

Suppose you are using Roach to travel to a faraway area. In that case, it is better to travel by road instead of taking a shortcut through the woods, as Roach runs slowed here, and you are safer on the roads.

Why does being safe matter? Well, Roach isn’t a witcher and is afraid of monsters. As you fight monsters while mounted, Roach’s anxiety meter goes up. When it is fulfilled, he will drop you and run away, unable to be summoned again for a short while.

You can reduce the anxiety buildup in Roach by using blinders to keep him from seeing all the monsters.

Many players will set Igni as their default sign and always use this one. However, the game offers you five signs from the beginning for a reason, and you should use them accordingly.

Aard, Quen, and Axii signs can also play a massive role in your fight to save Ciri and defeat the Wild Hunt, but players fail to use them effectively.

Don’t sleep on your signs, and do upgrade them. Using Quen can help you stay safe from many attacks in the game. Axii allows you to influence the minds of enemies and people, providing you with allies and saving you from unnecessary conflict in the game.

Even if the contract doesn’t lead to an epic side quest, you can always earn extra crowns and XP by completing basic easy quests as you progress.

Looting is a vital part of The Witcher 3. Most of the items and gear you get are by looting them from the world, and this isn’t limited to gear but also includes ingredients and consumables.

Therefore, whenever you are out in the wild, it’s best to loot everything you can get your hands on. Yes, you might not need it, buts you can always sort out your inventory later on or sell the extra items for an easy buck.

While looting, you need to keep an eye on your encumbrance. If Geralt is encumbered, he will be too heavy to move efficiently and slow down. This includes dodging, rolling, and even walking. At this point, you might have to drop something important that you wanted.

We recommend unloading your unwanted stuff in the stash at safehouses and inns to save yourself from the hassle. You can access them anytime later on.

Otherwise, upgrading Roach’s saddle might be essential to boost your encumbrance through skills and increase your carrying capacity.

Are you a fan of Skyrim? Do you want to experience the adventures of Geralt in the first person? Well, you can’t. The game has no vanilla method of offering a first-person view.

Fortunately, in a game as old as Witcher 3, mods are always there to help you. If you want to experience Witcher 3: Wild Hunt in first-person view, you need to download a mod that allows you to change the camera angle to first person.