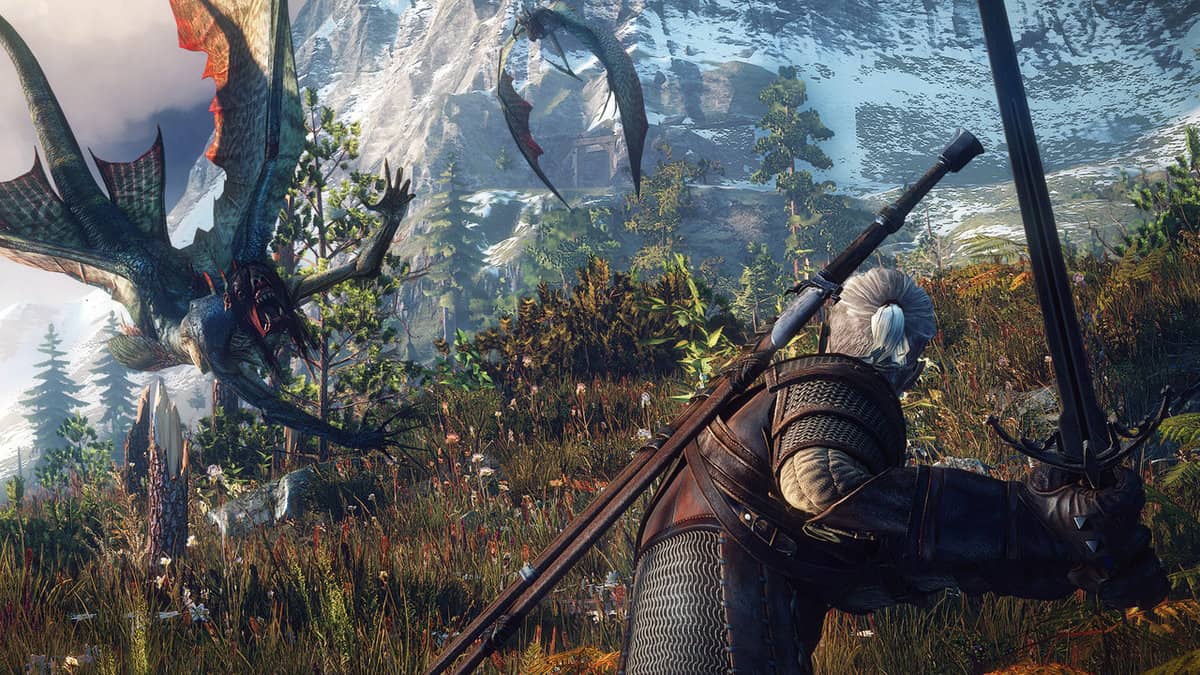 The Witcher 3: Wild Hunt is actually not that hard of a game once you familiarize yourself with its combat mechanics. Several fans of the franchise do believe that the combat of the game could have been deeper and better.

If not to spice things up, you need to beat The Witcher 3 on Death March to unlock the Walked the Path achievement/trophy for a 100-percent completion playthrough.

Do note that you will need to beat the game from start to finish on Death March. If you change the difficulty setting along the way or only switch to Death March at the end, the achievement will not be unlocked.

The following guide will help you beat Death March by pointing out some important and useful tips to know in The Witcher 3: Wild Hunt. These will increase your survival chances to reduce some of the frustration from repeatedly dying.

What does Death March difficulty mean and change?

The biggest change in Death March is the enemies. Every enemy you face on this difficulty level has increased health and does increased damage.

Some of the most common enemies that you would otherwise not even pay attention to can easily take you out in a couple of hits.

Bandits and Drowners, for example, are like fodder on the lower difficulty settings. On Death March, one wrong move will cost you your life.

However, killing enemies will give you reduced experience points in return, so leveling up is going to be slow.

The other major change in Death March is that Meditation will not regenerate your health. Meditation is something all players like to do often to replenish their alchemy stocks and vitality. You will need to find other ways to heal such as potions and other consumables if you want to play on Death March.

Finally, guards will take all of your crowns if you get knocked out.

Tips to beat The Witcher 3 on Death March difficulty

You need to be a seasoned player to be able to endure Death March in The Witcher 3. It will help if you first complete the game on a lower difficulty setting and try out Death March on your second playthrough.

Save your game all the time

There is nothing more frustrating than having to restart from your last checkpoint just because you died at the hands of a Water Hag while searching for alchemy ingredients or lost to a Katakan at the end of a lost quest.

There are no penalties to save your game in Death March. It cannot be stressed enough that you should make it a habit to save your game. You never know when an enemy is going to sneak in a critical hit. Saving often will ensure that you get back into the game from where you died.

Do all of the side quests

As already stated above, Death March gives you reduced experience gains, meaning that you will level up slower. By completing all available side quests, most of which are fairly short and easy, you will make up for that lost experience. This is how you get the most ability points to spend in the least time.

The Witcher 3 features four skill trees in which to invest your skill points. One tip here is to find Places of Power to get more skill points early on. You need to make sure that you unlock the right abilities with your skill points to level up a Death March build as quickly as possible.

Yes, you can respec in Death March using a Potion of Clearance, but that does not mean you can experiment. Every skill point obtained in Death March is extremely precious and needs to be spent on the right abilities or talents.

If there is one thing that is mandatory for every Death March run in The Witcher 3, it is a fully upgraded Quen sign.

The Witcher 3 next-gen update has introduced quick sign casting as a new combat mechanic. You need to enable this feature to be able to cast all five signs with just the tap of a button.

You no longer need to open the quick-access menu wheel and then select which sign you want to cast. The quick sign casting option allows you to cast multiple signs back to back, meaning that you do not need to slow down during combat.

Know your enemy and alchemy

Every enemy in The Witcher 3 has certain weaknesses that you can exploit to your advantage. You never need to know these on lower difficulty settings but on Death March, they are a big help.

Hence, keep an eye on your bestiary and know what works against which enemy. This means indulging in alchemy, creating potions and oils to increase your damage.

For example, applying Vampire Oil on your silver sword will do bonus damage to Vampires. The same goes for the rest of the enemy types in the game.

You can also get all three ranks of the Fixative ability in the alchemy tree so that your oils do not wear off.

Potions work the same way as oils but are more of a defensive nature. They give you valuable buffs such as increasing stamina or critical hit damage, returning damage to enemies, reducing any damage taken, increasing maximum vitality, boosting adrenaline, and more.

Loot everything, sell what you do not need

Never leave an area without first looting everything in sight. Gold is hard to come by in The Witcher 3 and it is always better to find crafting ingredients instead of buying them yourself.

In addition, sell your unwanted items to the first merchant you see. Your goal should always be to have a full inventory before fast-traveling to sell everything to a vendor. Keep doing this from the start and you will have a ton of gold by the end of the game.

In Death March, combat is more than just swinging your swords at enemies. As already mentioned above, most enemies can drain most of your health in just a couple of attacks. Here is where you need to master parrying, countering, dodging, and rolling.

The ability to parry and counter work together. Parrying is a form of block in The Witcher 3. When surrounded by enemies, and especially when there are ranged enemies at the back, you can hold your parry stance to block all attacks.

However, if you parry just before an enemy attack is about to hit, you will counter that attack with a riposte that can stun enemies for follow-up attacks.

When it comes to dodging and rolling, you are advised to dodge more than roll. This is because rolling eats a lot of stamina and continuous rolling carries a risk of accidentally coming in a range of an enemy that was not in your peripheral vision.

Furthermore, rolling makes you travel far which takes away your opportunity to do counterattacks.