How To Kill Jenny O’ The Woods In The Witcher 3 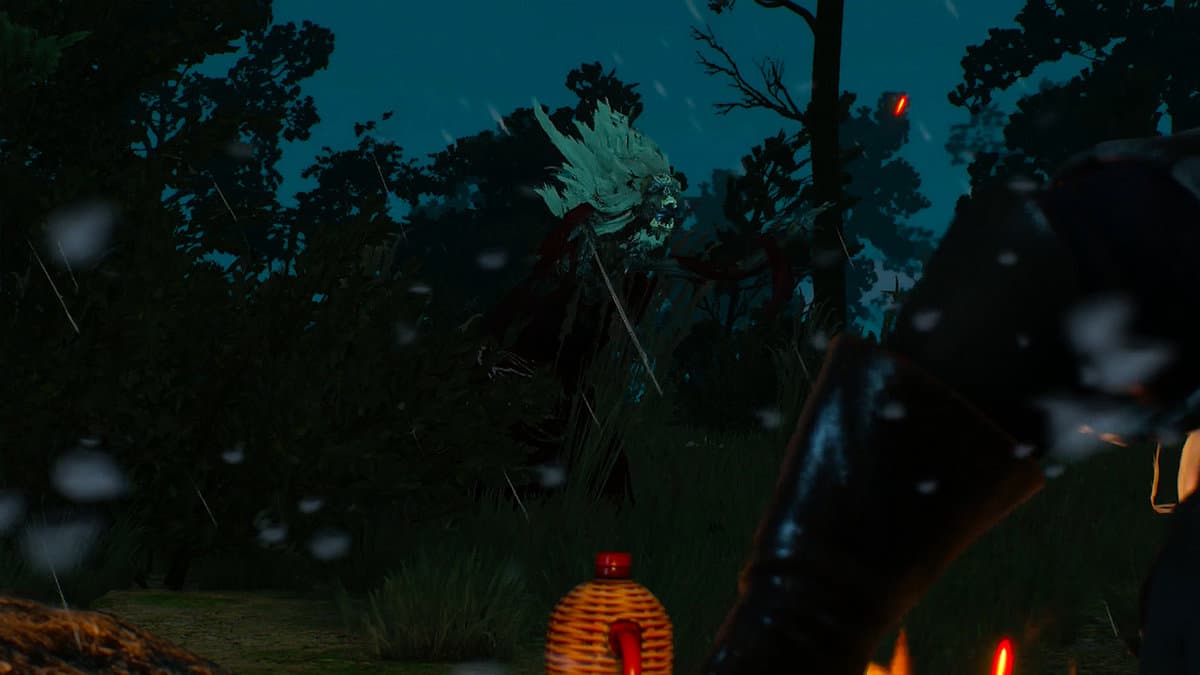 The Witcher 3: Wild Hunt has some tragic stories to tell, one of which involves Jenny o’ the Woods, a name given to a Nightwraith that turns up at night to kill the villagers of Velen.

However, there is a dark history behind the Nightwraith. Jenny, as it turns out, was human once. She was murdered, after which her vengeful soul has come out to vent her anger on the people of her village.

All of this is part of a contract that you pick up for Jenny o’ the Woods. The following guide will tell you more about how to find and kill her in The Witcher 3: Wild Hunt.

This will also be a chance for you to get the Nightwraith trophy from her to get increased experience from your kills in the game.

How to start the contract

Head over to the small village of Midcopse which lies southwest of Crow’s Perch in Velen. Check the notice board there to get the contract for Jenny o’ the Woods.

How to summon and kill Jenny o’ the Woods

After speaking with Bolko and Agneta, you need to head out to the fields and use your Witcher Senses to find a letter in a grave. Return to Bolko with the letter and you will come to know the true identity of the Nightwraith.

The game will guide you to another location in the fields where the Jenny o’ the Woods is likely to come after twilight. Make your way there to find a small campfire. This is where you need to wait for the Nightwraith to appear.

It is highly recommended that you clear out the small bandit camp nearby before summoning Jenny o’ the Woods. You do not want to engage the bandits as well as the Nightwraith at the same time.

Once you are ready to fight the Nightwraith, all you have to do is interact with the campfire. However, this interaction will only summon Jenny if the time is either 9 p.m. or later. If you are early, meditate to fast-forward the time to night.

Something important to know beforehand is that the Jenny o’ the Woods contract has a suggested level of 10. For new players, she might prove overly challenging. Hence, you are recommended to wait until you are around level 13 or 15 before taking on Jenny.

Jenny o’ the Woods is a powerful variant of Nightwraiths. If she is in her immaterial form, you need to cast a Yrden sign to trap her. That is the only way to hit her with your silver sword. She is also highly weak to fire, so cast Igni when she is inside your Yrden area.

Secondly, Jenny can create mirror images of herself. You need to kill all of them before focusing on Jenny again. You can also throw Moon Dust bombs to stop her from duplicating.

Since Jenny falls under the class of specters, you can apply Specter Oil on your silver sword to do increased damage.