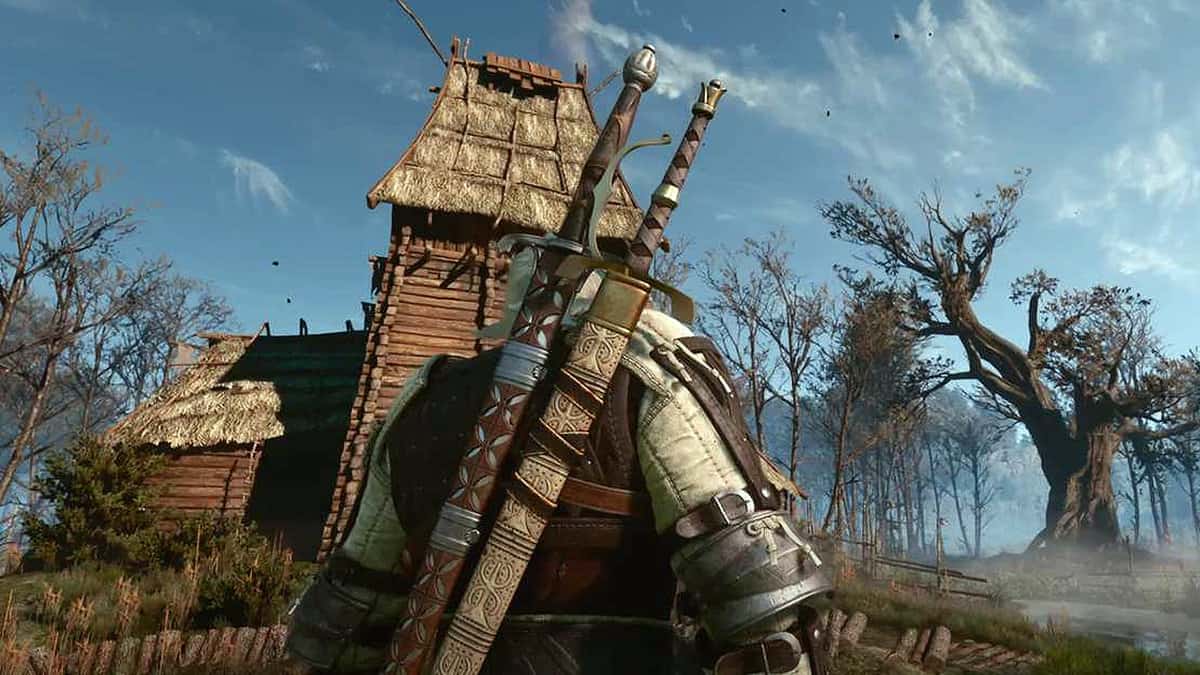 Geralt always carries two swords on his back in The Witcher 3: Wild Hunt. One is a silver sword that does well against monsters and the supernatural. The other is a steel sword that does the most damage to humans.

Since you never know who or what you will be facing on your adventures, it is necessary to have the best silver and steel swords on you at all times, especially if you are playing on Death March difficulty.

There are several of them to find and craft in The Witcher 3, most of which are part of School Gears and other armor sets in the game.

The following guide will tell you the best swords in The Witcher 3 so that you can easily decide which ones to go after.

The best swords to loot and craft in The Witcher 3

Here is a healthy tip to get you started on your sword hunt. Geralt will automatically draw the appropriate sword when he engages an enemy. That means you do not really have to check the bestiary every time you are fighting.

The list below runs from the best swords in The Witcher 3: Wild Hunt to the worst. That being said, even the worst entry here is a lot better than most of the regular weapons you can find in the open world.

Aerondight is a silver sword that is unarguably the best sword in the whole game. It was introduced in the Blood and Wine expansion pack and is the only sword in the entire game that levels up to increase its damage.

Aerondight can be charged by successfully hitting enemies. Each hit generates a charge that increases the sword damage by 10 percent. When fully charged, killing an enemy with Aerondight will permanently increase the sword damage. Hence, you can then start charging the sword again for another level-up.

You cannot craft Aerondight in the game. You can only loot it from the Lady of the Lake in the There Can Be Only One quest.

The serpentine swords belong to the Viper School Gear and are the first craftable swords in the game. They can be found early on in the Cemetery and the Castle Ruins without ever leaving the starting area of White Orchard.

Getting the Viper silver and steel swords will give you a massive power spike in the early game. You do not want to ignore that.

Geshseft is one of the best silver swords that can be compared with Aerondight as well. You will be able to acquire this blade in the Blood and Wine expansion as part of the Beyond Hill and Dale… quest.

The other variant can be crafted after which it will grant you similar traits to the Belhaven Blade itself.

The Tir Tochair Blade is a strong steel sword in The Witcher 3. Players will have to go aquatic to get this blade as it is found in a cave during the Whispering Hillock quest.

Harvall is a strong steel sword. If you want to set your enemies on fire, it has an increased 9% chance of causing burning and increases your Igni Sign intensity by up to 10%. Harvall also has impressive base damage.

To find this sword, you need to go to Velen. You must travel around the region’s center between Devil’s Pit and Lurth. The spot is marked on the map as a Hidden Treasure. When you get there, you have to dive underwater and get past some monsters to get this sword in The Witcher 3.

The Manticore swords are considered one of the deadliest weapons that you can carry in the Witcher 3: Wild Hunt. They were introduced in the Blood and Wine expansion pack as part of the Manticore School Gear and require a bit of grind on your end to get them.

Aside from their deadly stats, these weapons can increase your critical hit damage making your strikes more lethal for your opponents.

The second Scavenger hunt quest can be carried out when you achieve level 20 or above at Velen being the Battlefield Loot.

As the name suggests, Bloodsword favors bleed damage and crit playstyle. The sword increases your chances to cause bleeding on an enemy while also improving critical hit damage by up to 20%.

If you favor the Cat School Gear in The Witcher 3, the Feline steel and silver swords are going to be a great addition to your arsenal.

The Feline swords come in every rarity, from basic to grandmaster. As you reach level 17 and above, you can pretty much continue to use this sword set throughout the game as you can get upgraded versions.

The diagrams to craft each rarity of Feline weapons in The Witcher 3 Wild Hunt are found in different locations but it is worth taking the time out to find them all.

Black Unicorn is a steel sword that was also available in The Witcher 2. You can get Black Unicorn in TW3 through two methods. The relic version of the sword is found as loot from a lot of places. These include the Water Hag treasure chest that is north-northwest of Inn at the Crossroads, near the coast.

You can also craft the Black Unicorn using the crafting diagram. The diagram is a reward for completing The Secret Life of Count Romilly from the Hearts of Stone expansion. But remember that to use this sword you will have to acquire level 47 and above.

Toussaint is another great steel sword that packs a real punch. You can only acquire it in the Blood and Wine expansion pack.

Like the other damage-focused weapons, it carries many of the same effects as it increases 15% the chance of burning. It has the ability to inject a bleed effect similar to the Feline swords along with the capabilities of the manticore sword being the piercing damage. As a matter of fact, its armor piercing is crazy high, as it has increased by 250.

Furthermore, if you complete The Last Exploits of Selina’s Gang quest, you will get the required diagrams for its relic variant. This quest occurs at Toussaint so you can venture there to obtain it.