How To Parry And Counter In The Witcher 3 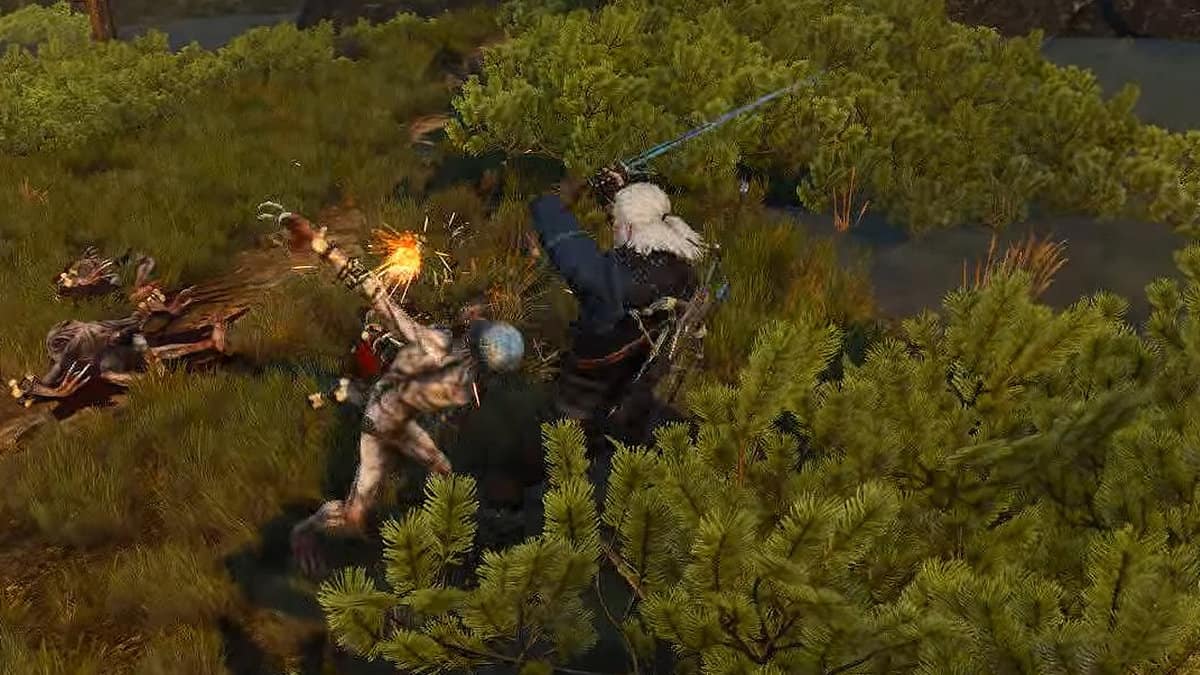 In all fairness, The Witcher 3: Wild Hunt does not feature an overly complicated (or deep) combat system. You are going to mostly rely on your swords as the main source of dealing damage. However, mindlessly swinging your swords at enemies will not always work.

If you are playing on Death March difficulty, the aforementioned novice strategy of mashing your sword attacks is only going to get you killed. Here is where you need to learn certain defensive mechanics that you would otherwise ignore when playing on lower difficulties.

The ability to parry and counterattack enemies is an important one to learn in The Witcher 3: Wild Hunt. If you master these skills, the game will become too easy, even in New Game Plus.

Do note that if you find that the combat in The Witcher 3 is too easy though, you can try adding some of the best combat mods to make things a bit harder for you.

There is a tutorial at the start of the game that teaches you how to parry. However, you are probably going to forget everything you learn there as soon as you start your first quest.

The following guide will show you how to parry and counterattack enemies in The Witcher 3: Wild Hunt. You will also get to know which types of enemies can be parried in the game.

Parrying is an important skill to learn when it comes to combat in The Witcher 3. Parrying is basically the same as blocking and is considered by most to be a better alternative to dodging/rolling in order to avoid incoming damage.

Learning to parry is a fairly easy task. All you have to do is hold L2, LT, or the right mouse button on PlayStation, Xbox, and PC respectively for Geralt to enter a blocking stance.

In this stance, Geralt will be able to block most of the attacks heading his way, whether they are from the front or the back. Moreover, you can use the left and right buttons on the D-pad while holding down the parry key to effectively switch between Signs.

How to counterattack (riposte)

Counterattacking is something you get out of a successful parry. If you are tired of blocking enemy attacks, you can counter with a riposte attack that will stun the enemy momentarily. This will create a window of opportunity for your follow-up attacks and in most cases, allow you to execute the enemy.

The way to counterattack is the same as parry except that you have to time your input. You have to press (not hold) L2/LT/RMB just before the enemy attack is about to hit Geralt.

There will be a small time frame of about a second to do this, which is why counterattacking is a bit more difficult than blocking.

Do note that there are limits to a counterattack – Geralt cannot riposte if he’s holding something in his left hand. There are even more limits to the basic block as we’ll discuss.

Counterattacking is most effective with smaller enemies that don’t have much of a health pool. If your counterattack does enough damage, it can instantly end a Nekker with a single swipe of Geralt’s sword. This makes it very easy to get rid of these annoying monsters.

To know when an enemy is attacking, there will be an indication with a red bar. However, this just indicates the attack coming. It may be fast or slow – you just have to judge the timing of the attacks.

If you parry too early, the counterattack will fail. If you are too late, you’ll get hit before you know it. Remember, you have to press the parry key just before the attack lands on you.

What enemies can be parried in The Witcher 3

There are only certain types of enemies – or their attacks – that you can parry/riposte. There is an in-game tip that says: “When fighting monsters try to dodge their attacks, when fighting men block and counter!”

This doesn’t give full detail as to what kind of attacks you can parry though. Basically, most of the basic attacks of medium to small-sized monsters like Wraiths, Drowners, Ghouls, or Nekkers can be blocked. However, their heavier attacks, like leap attacks in the case of Drowners, cannot be parried.

The same goes for humans. Normal humans can be countered/parried, but ones wielding heavier, mostly two-handed weapons like large axes, cannot be parried. If you try to block/parry these attacks, you will be stunned instead.

Moreover, you can think of any monster larger than a man’s size to be un-blockable. An effective way to know which enemies/attacks cannot be parried is to use the Quen sign before you try it out. If you parry the incoming attack and the Quen dispels it, then that means that the attack cannot be parried.

If such is the case, it is better to avoid parrying incoming attacks and go for a roll/sidestep/dodge instead, but you will need to be careful with that since they use your stamina.