Diablo Immortal End Game Guide – What to Do After Level 60 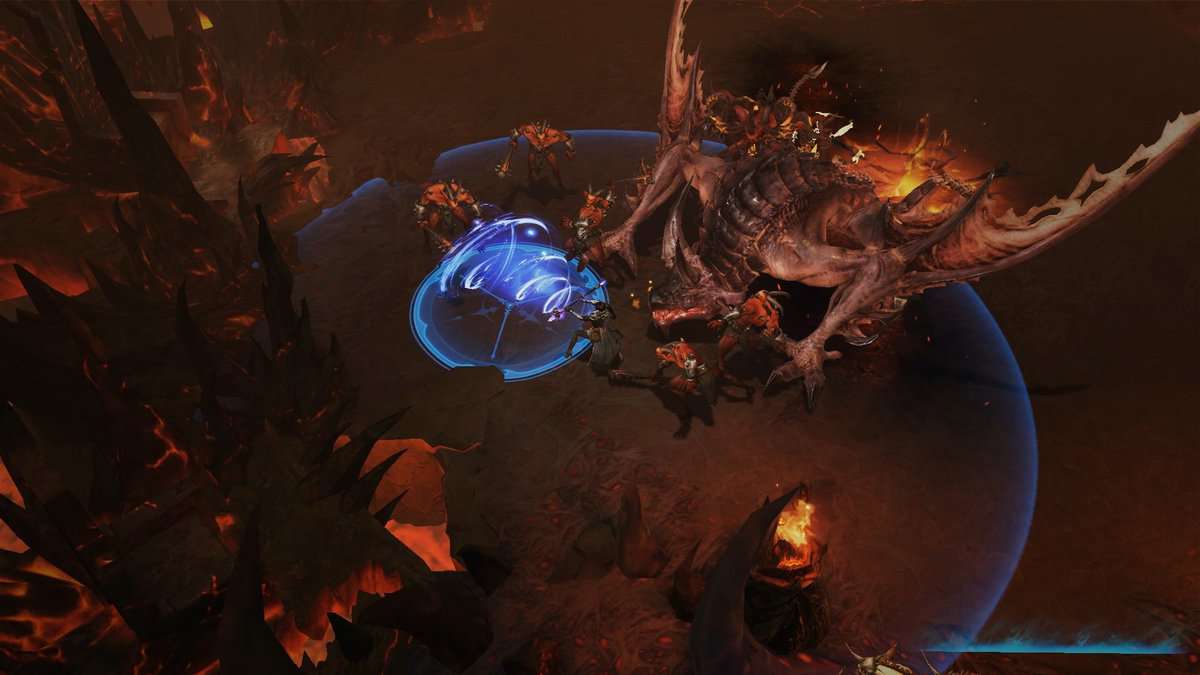 Once you’ve reached level 60 in Diablo Immortal, the subsequent end game progression path can be a little tricky to figure out. To help you with figuring out what to do after level 60 in Diablo Immortal, we’ve prepared this guide where we’ll be showing you what gear upgrades you need to aim for and the dungeons and activities you need to farm after reaching level 60.

Now that you’ve reached level 60, the end game content of Diablo Immortal is right at your doorstep. To be able to progress through the end-game content efficiently, there are some new mechanics that you need to learn and pre-requisites that you have to complete.

Below, we’ve listed down the most important End Game things you need to do after reaching level 60 in Diablo Immortal.

Get Familiar with the Paragon Leveling System

After reaching level 60, the first new mechanic that you need to get familiar with is the Paragon Leveling System.

The Paragon System is unlocked right after you reach level 60. From level 60 onwards, instead of continuing to gain the traditional levels, you will start gaining Paragon Levels.

Each Paragon Level will grant you a single Paragon Point. These points can then be spent on one of the six Paragon Trees, which are Survivor, Vanquisher, Treasure Hunter, Gladiator, Soldier and Mastermind.

Do note that only the first two trees are unlocked at the start. For the next four trees, you’ll have to level up to Paragon Level 50, 100 and 150 respectively.

Each Paragon Tree grants the player unique buffs/bonuses. As you continue to level up different Paragon Trees and gain buffs from them, you will become more and more powerful; which will allow you to progress through the end-game content.

It is possible to reach level 60 in Diablo Immortal by just spamming dungeons. If you’re one of the players that have reached level 60 in this way, it’s likely that you have not completed the main storyline of the game yet.

So before you do anything else, you need to first finish the main storyline of Diablo Immortal. Once you’ve done that, the Hell difficulty will be unlocked, which is an important part of end-game progression.

Finish Legacy of the Horadrim Quest

The Legacy of the Horadrim Vessel are items that can be placed in a shrine in Westmarch. When you do so, the shrine will grant permanent buffs to the secondary attributes of your character.

These attribute buffs from The Legacy of the Horadrim Vessels are a very important way to make your character more powerful during the end-game content.

The next thing you need to do after level 60 is to join one of the two factions in Diablo Immortal, which are Shadows and Immortals.

The benefits you gain from joining a faction is very important in the end-game. Not only will you gain several bonuses and buffs to your character by joining a faction, you’ll also unlock access to several PvP activities.

Once you’ve completed all the steps above, it’s time for you to start farming end-game gear.

To farm end-game gear in Diablo Immortal, you need to run dungeons on the Hell difficulty. When you beat a dungeon on this difficulty, it will reward you with very powerful rewards, including end-game gear.

If you haven’t been grinding Challenge Rifts up till now, now’s the time to do so. Challenge Rifts are mini-dungeons where your objective is to kill all of the monsters as fast as you possibly can.

The faster you kill the monsters; the more rewards you’ll gain from the Challenge Rift. And every time you complete a Challenge Rift, a higher difficulty will be unlocked. There are a total of 100 Challenge Rift difficulty levels, so there are a lot of rewards to be farmed from this activity.

Participate in Battlegrounds and Ancient Arena

Battlegrounds is an 8v8 PvP game mode that is available for 2 hours every day. It has a matchmaking system that places you on a team based on how many games you’ve played and your win rate.

Players are split into two teams: Attackers and Defenders. The goal of the Attackers is to destroy the Ancient Heart while the Defenders have to protect it. Whichever team succeeds at their task wins the match.

The next PvP activity that you can do in Diablo Immortal is the Ancient Arena. This game mode is a Free-for-All PvP event where all players fight each other until only one player remains. It is available for 3 hours every day.

The next step in your post-level 60 progression path is your daily activity rotation. There are certain activities that you need to do every day to level up your character and become more powerful after reaching level 60.

After logging in, the first thing you need to do is claim your free daily reward from the Shop Menu. Then, kill one monster and claim your “First Kill of the Day” reward. This should take around a minute or two.

After that, kill the weekly Helliquary Bosses. When you kill these bosses for the first time, you’ll get a trophy and a Combat Rating boost. You can kill these bosses twice a week and they only take 15 minutes to kill at a time, so make sure to never skip out on this activity.

The next activity you need to do is the Cycle of Strife Activities. These daily faction activities will give you gold, materials, legendary items and much more.

Zone Events are up next. There are four Zone Events in particular that you need to complete each day. These are:

Each of these Zone Events drops 6x Enchanted Dust and the PvP arena drops a guaranteed legendary item if you win. These events are only available at certain time intervals, so make sure to pause whatever you’re doing to complete the Zone Events before they become unavailable.

The rewards from each individual bounty may not seem like much, but you can do up to 8 bounties a day. If you do all 8, you will rack up loads of XP, Gold and Battle Pass Points daily.

If you’ve done all of the above activities and still have some time left over, the only thing left to do now is to spam dungeons.

This is the best way to obtain Paragon Levels, upgrade materials and legendary items in the game. To get the dungeons done quicker, you can team up with other players who are also spamming dungeons for rewards.