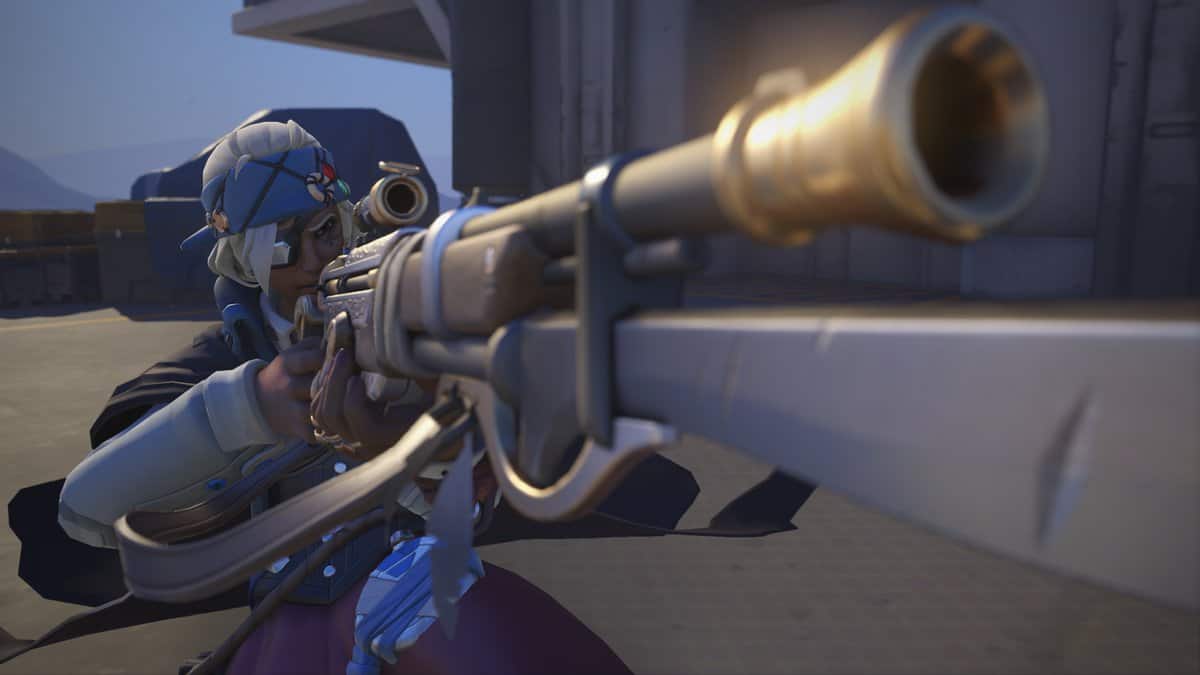 In Overwatch 2, Ana is a battle-averse hero who uses her knowledge and abilities to defend both her home and the people she loves. With her white hair covering one eye and a tattoo adorning the other, Ana has created a distinctive identity for herself as a one-eyed sniper.

In Overwatch 2, Ana is a support hero and one of the best snipers but not the DPS kind that people might be expecting. To properly make use of Ana, you need to have an idea of what her counters are and which characters Ana has a good synergy with in OW2.

In this guide, we will delve into the details of Ana Amari, the healer and support sniper in OW2. Players will get a detailed idea about which characters are good against or good with Ana as a teammate as well as which enemy heroes Ana can absolutely wreck.

Ana is strong against

By using the Sleep Dart ability, you can easily get into sleep mid-fight. Roadhog is not able to use any armor and shield to protect his already normal health. You can then use Biotic Grenade to finish him off.

Ana can use her Sleep dart the moment Winston starts to use Ultimate, the ultimate will be wasted, and Winston will not be able to put a show in the fight. This makes Ana an excellent counter; she can even use the same tactic to escape from Winston and deal damage from a safer spot.

You can shut down Zenyatta’s healing powered with Orb of harmony with the help of Biotic Grenade. Zenyatta Transendece will also not work in front of Sleep Dart. To finish him off, you can use the long-range Biotic Rifle.

Ana is weak against (Ana matchups)

The strong force of Genji’s abilities will force Ana to stop healing herself and her allies. Genji is a strong tank that is no match for a weak kit of Ana. As well as high mobility of Genji makes her an easy target.

The shielding effects of Defence Matrix are not as close to the damaging power of the Biotic Rifle of Ana. Ultimately making her prey that can easily be killed.

Lucio can speed up his allies with the help of Crossfade. Because of that, Anna will struggle to land the target of the Biotic Rifle at Lucio. The healing effect of Lucio is canceled out with the Ana Biotic Grenade.

Ana is one of the best healer heroes in the game that can work along with Reinhardt to make an ultimate pair. Because of Ana, Reinhardt can push to greater distances and choke points of the enemy.

Brigitte and Ana form a perfect combination due to their difference in terms of healing range. Ana’s Biotic Rifle complements Brigitte’s healing abilities by increasing the healing rate.

Ana can also benefit from Brigitte’s abilities, Rally and Repair Pack, providing Ana with much-needed armor. Additionally, the Biotic Grenade from Ana increases the healing potential of Brigitte’s Inspire ability for the allies.

Bastion can become deadly to the enemies in his sentry configuration, but he is at the same very vulnerable to enemy attacks. Ana can in turn heal Bastion with the help of a Biotic Rifle.