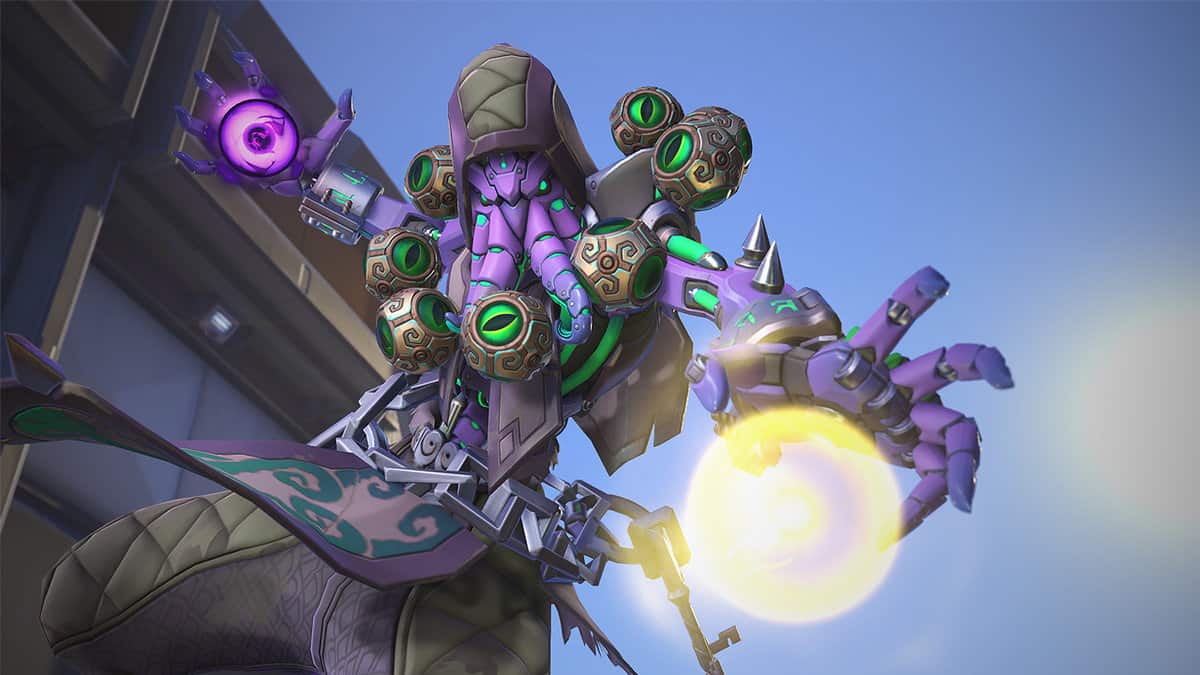 Even with a whole plethora of heroes that Overwatch 2 has to offer, Zenyatta still remains of the top picks for players. He’s arguably one of the best heroes to exist in the game, having the potential to throw the whole battle off-balance if the player knows what he’s doing.

Zenyatta is a versatile character, as he has both the offensive capabilities to annihilate enemies and also to heal his own allies on support. Given the massive impact he can make on the battle, it becomes vital to understand the mechanics involved with his play style.

If the Omnic healer Zenyatta is your preferred support character in OW2, allow us to give you some more insight into him. We will be discussing the different characters Zenyatta is very good against or allies he has good team synergy with in Overwatch 2 as well as those characters who can easily counter Zenyatta in OW2.

Zenyatta is strong against

Zenyatta can cause severe damage to Zarya while staying out of the range of her beam. Moreover, Zenyatta ult can protect his teammates from the Graviton Surge, turning the fight in his team’s favor.

Zenyatta can protect his team from Reaper Death Blossom, but he needs to be quick in using his ultimate. Moreover, he can poke and inflict substantial damage on Reaper by combining his primary attacks and Orb of Discord.

Zenyatta’s Orb of Discord can nullify the effects of Orisa’s Fortify, and he can land blows on her while staying within range of Orisa. She will not be able to deal any damage to you and will require the support of her teammates to get away from the situation.

Zenyatta is weak against (Zenyatta matchups)

Junker Queen can hard counter Zenyatta by preventing him from using his game-changing ability (Transcendence). She can move in and use ultimate on multiple targets; this will prevent healing and nullify Zenyatta’s support.

Zenyatta lacks escape abilities so that Winston can push in for a kill on him. Moreover, Winston can survive the incoming damage from Zenyatta, making it challenging for him to leave the fight without dieing or taking maximum damage.

Genji can easily deflect primary attacks that Zenyatta might throw his way. Moreover, once Genji gets within the range of his shurikens and blade, he can finish Zenyatta swiftly.

Zenyatta can provide the required cover to the diving Tracer. The hero is developed to get behind the enemy lines and inflict massive damage; Zenyatta can heal him by using Harmony Orb and provide cover by inflicting damage to enemies using Discord orb.

Zenyatta opens up many possibilities for Genji; he can cover the basis for Genji to move in and flank the enemy lines. Moreover, Zenyatta can restore Genji’s health using his Orbs and put the Ninja on a rampage mode.

The constant flow of healing will push Winston to his limits, and he will deal maximum damage to the backlines of the enemies.

Moreover, Winston can protect Zenyatta from the flanking champions due to his abilities and will ensure that Zenyatta’s Ultimate is saved for the most critical time. These champions will provide each other with extra protection and can turn the fights to their advantage.