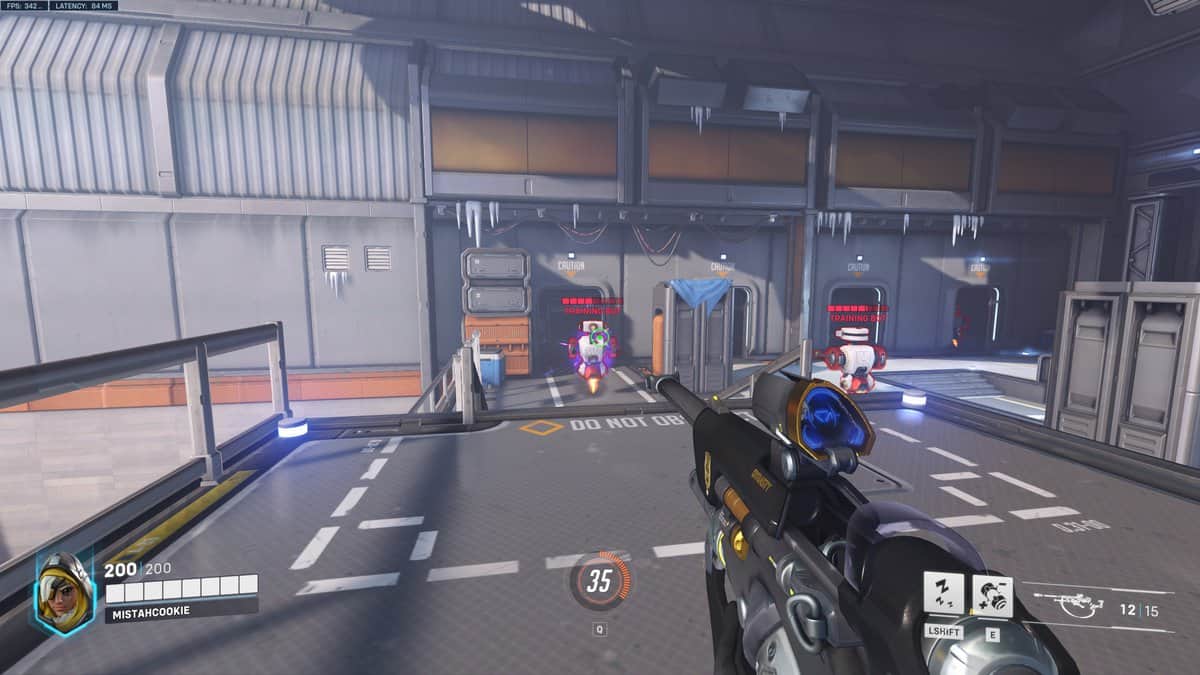 The release of Overwatch 2 has greeted both seasoned veterans and new players with a long list of surprises, both good and bad. However, with the addition of a new character in its support heroes list, the game effectively redeems itself.

If you’re wondering how this changes the support tier list, then you’re at the right place. This guide will help you pick the best support healers in Overwatch 2 by categorizing them into their respective tiers while discussing their ups and downs.

Ana is another top-tier support in the game, particularly due to her strong heals, which help her assume the role of the primary support that heals in any match.

Players choosing Ana must note that to fully utilize her abilities you need excel at sniping. This is a necessity since a player must snipe and aim at the same time to both damage and heal her opponents and teammates respectively.

She also possesses a grenade, which upon detonation, disables the opposer’s healing, while simultaneously increasing the strength of her teammates’ healing.

Another ability that helps Ana earn her rightful spot in the S-tier is her Sleep Dart. This ability is particularly dangerous since in a matter of seconds it can turn the tides on the battlefield.

Ana’s ultimate; Nano Boost, when paired with a tank like Reinhardt or DPS like Soldier 76 or Genji can easily wipe out most of the enemy team if not their entire squad. The Nano Boost instantly heals the target, and grants them bonus damage while also decreasing the damage they receive, making them into a one-man army. 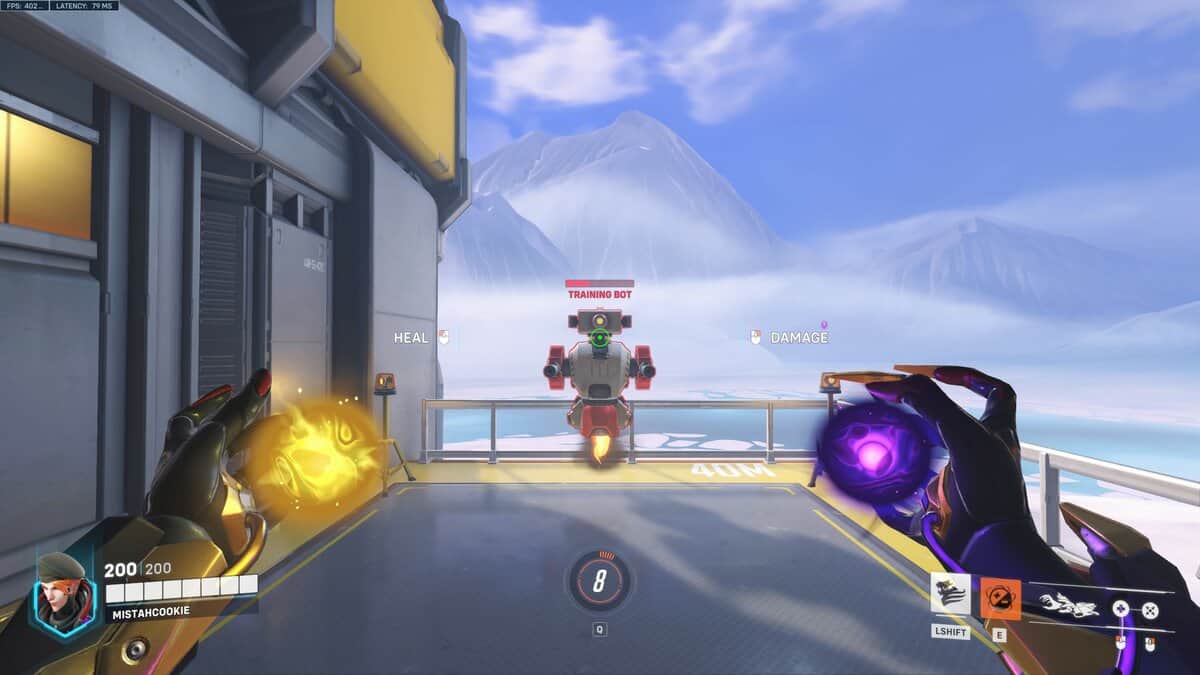 Still clutching her top spot as one of the best healers in the support roster of Overwatch 2, we have Moira. Through her biotic energy, she is granted the ability to heal her teammates through two forms of healing.

The first form of healing or damage comes through Moira’s Biotic Grasp. The primary fire button heals allies she sprays on while the alternate fire damages enemies and sucks the life out of them. The alternate fire is also used to “fill the tank” and recharge her primary healing.

Added to that, depending upon the color of her orbs she can either heal her allies or damage her enemies. Moira players can choose whether to throw out the yellow healing orb or purple damaging orb.

However, the one prominent weak link in her character is that her heals can run out, if the player is using biotic energy. This does not allow her to fully replenish a tank’s health bar.

Moira’s Fade ability helps her phase in and out of existence, helping her avoid an enemy’s abilities and attacks or quickly cover a short distance. This is especially useful if the player gets ambushed, or is running low on health since it provides an easy escape.

Added to that, Moira’s ultimate; Coalescence, can heal and damage at the same time while passing through barriers, making it especially beneficial when used at the right moment. 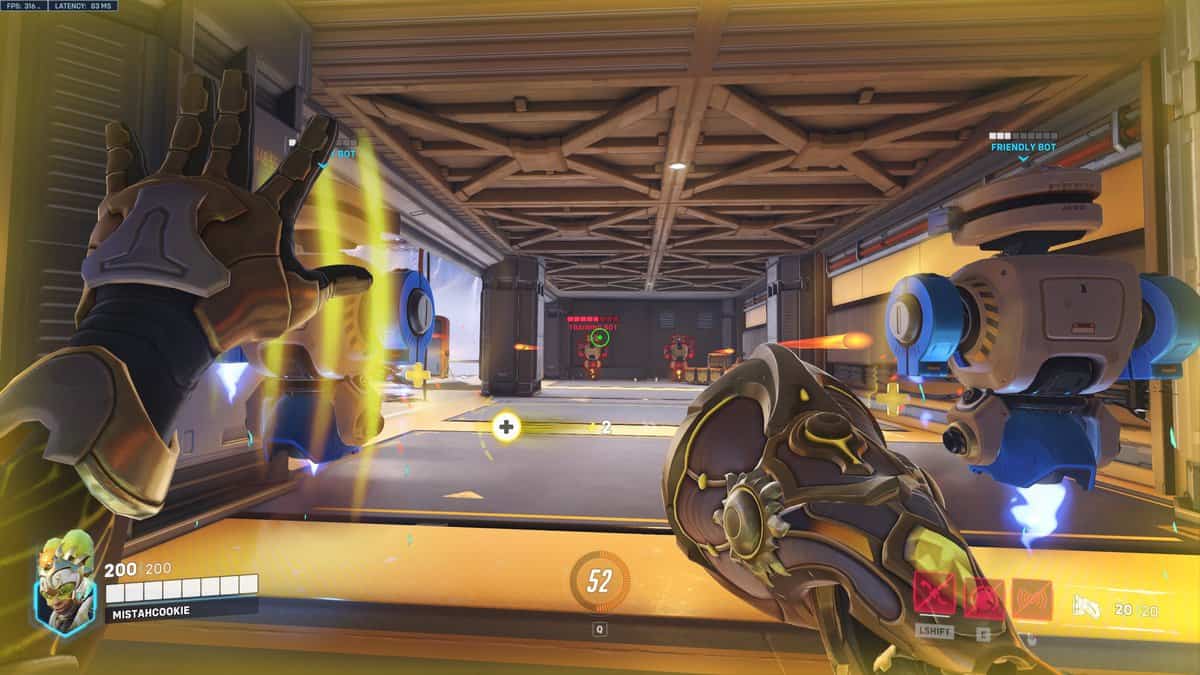 Getting back into the pack of S-tier support heroes is our beloved Lucio. His mobility acts as his greatest asset since it helps him gain a substantial amount of map control. His AoE heals act as the cherry on top since it perfects him as a secondary healer if another player assumes the role of the primary healer.

He can also create sound waves, which can knock heroes off the edge of the map, clearing points or getting some heat off of Lucio or allies. His ultimate compliments this ability since it can provide overheal in tight situations.

The wide variety present within his abilities grants him a great collection of assets, however, Lucio’s heals are not the strongest, therefore using him as secondary support is the best course of action. 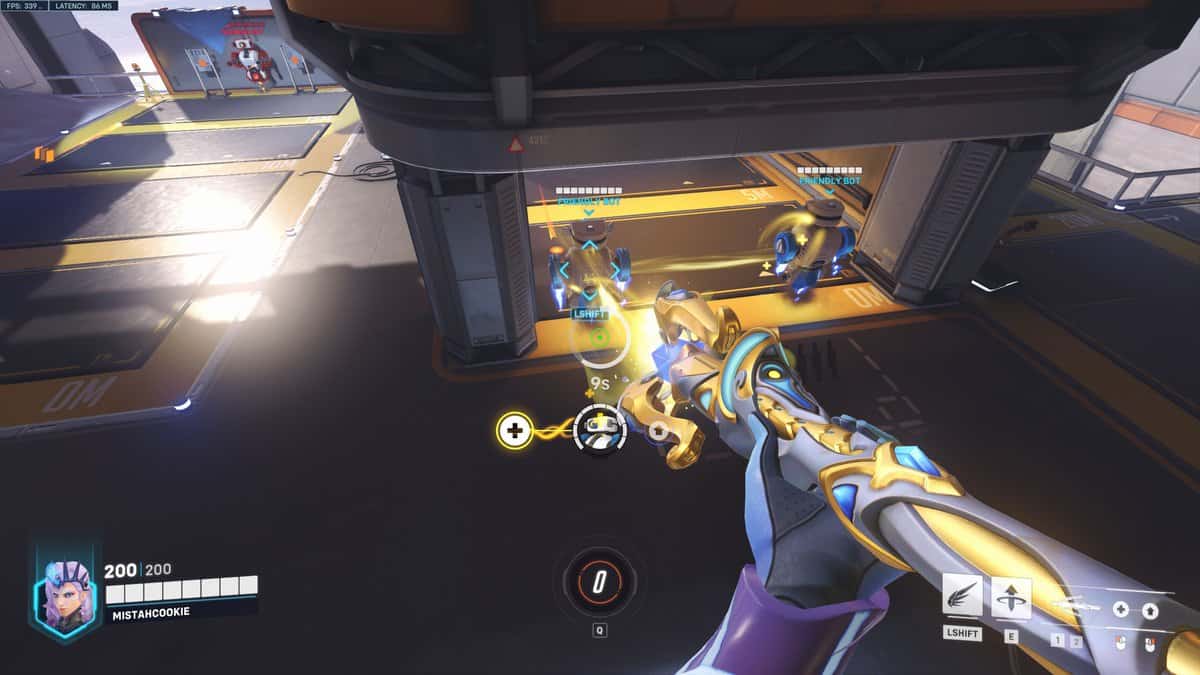 Mercy easily acts as one of the best mobile support in the game, however, due to quite a few flaws, she sadly does not cross the A-tier. Mercy’s healing is incredibly strong, imposing the duty to heal tanks upon her. However, over time the character has constantly been nerfed through several reworks, which have been carried over into Overwatch 2.

Mercy possesses the ability to fly in any direction, helping her become completely mobile and relatively hard to pin down. However, there’s a catch.

Reviving as Mercy is a daunting task if the teammate is within the heart of the battlefield since it makes her an easy target. Therefore, she risks dying whilst attempting to revive a dead teammate. 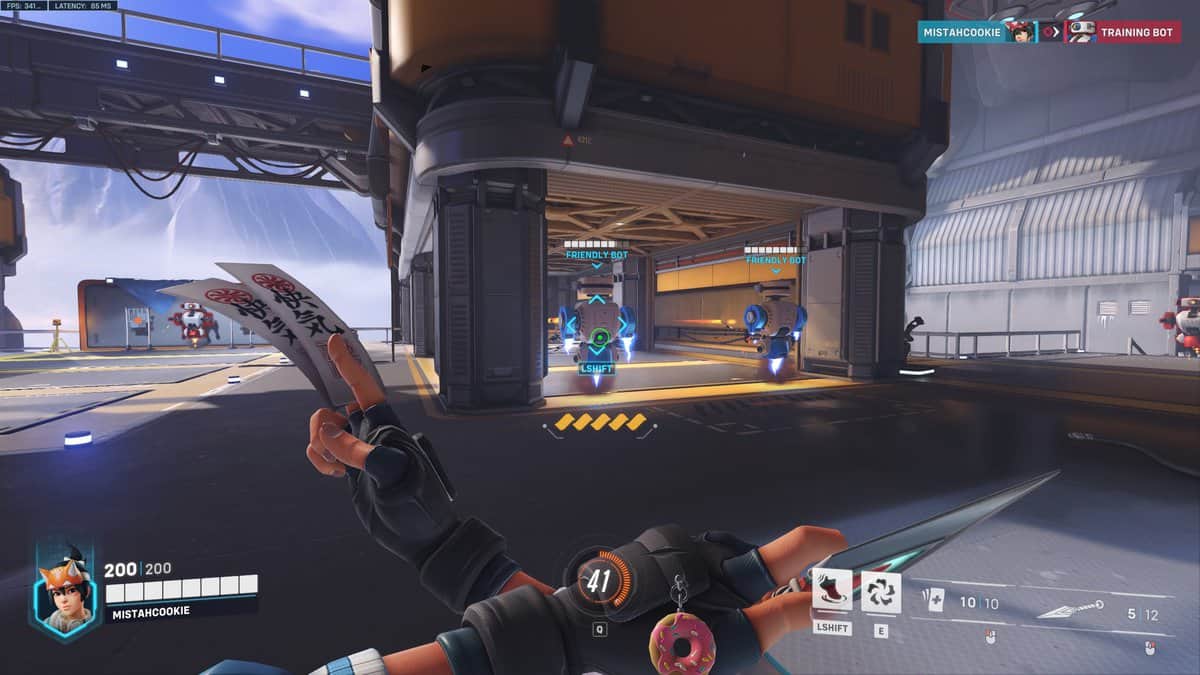 The addition of this new character has players looking left and right since Kiriko has already stolen the spotlight.

She can heal her teammates through her Healing Ofuda which tracks allies. However, her heals aren’t particularly strong and it takes time for talismans to travel to allies. They can also be blocked by environmental objects like walls if the target moves out of sight.

She does have a lot of supportive abilities which help her get the upper hand during combat if used correctly. One such ability is Swift Step since it allows her to teleport to an ally. This ability is especially useful if the player finds themselves in relatively tight situations.

Kiriko’s Protection Suzu grants invulnerability for a very small amount of time but that can be enough to survive when timed correctly. The Protection Suzu combined with Swift Step can be highly beneficial to keep a struggling tank alive.

Kiriko has some offensive potential as well with her Kunai’s allowing her to deal critical damage over long range. However, their slow rate of fire makes using them quite challenging if your team is struggling for heals.

Kiriko’s ultimate is also particularly powerful since it allows her to increase her movement speed, attack speed, and cooldowns of allies who stay within the range of the Tori gates/Kitune’s path she puts down. 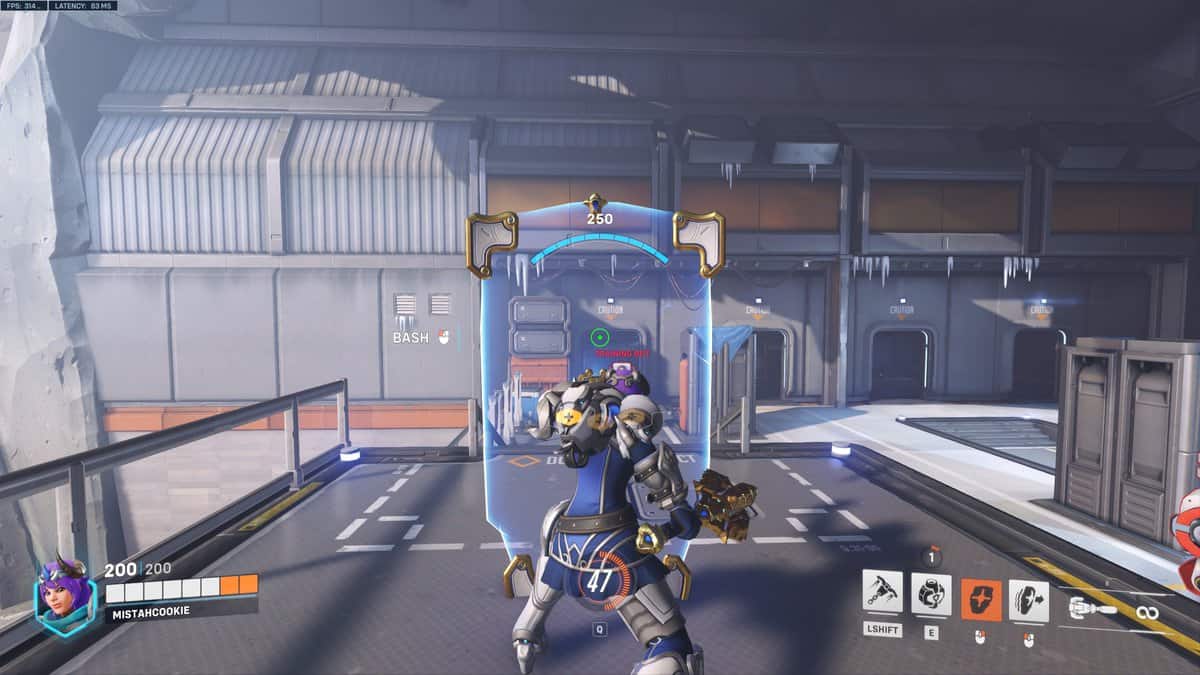 Considered a baby tank, Brigitte successfully makes it to the B-tier. She’s a particularly aggressive character that is able to go one-on-one against most DPS and tanks of the opposing groups when played right.

Her heals on the other hand, though useful and frequent, are not long-lasting. This is where her shortcomings start holding her back. Brigitte is very situational with her healing since she is totally dependent upon the team she’s working with.

To work at her best, Brigitte must depend upon the other tanks and healers she’s supporting, which is what does not let her make her way into the A-tier.

As a solo healer, she can’t do much as most of her healing is reliant on lowering her shield and doing melee damage with her flail. His makes Brig vulnerable to be easily killed by the enemy. 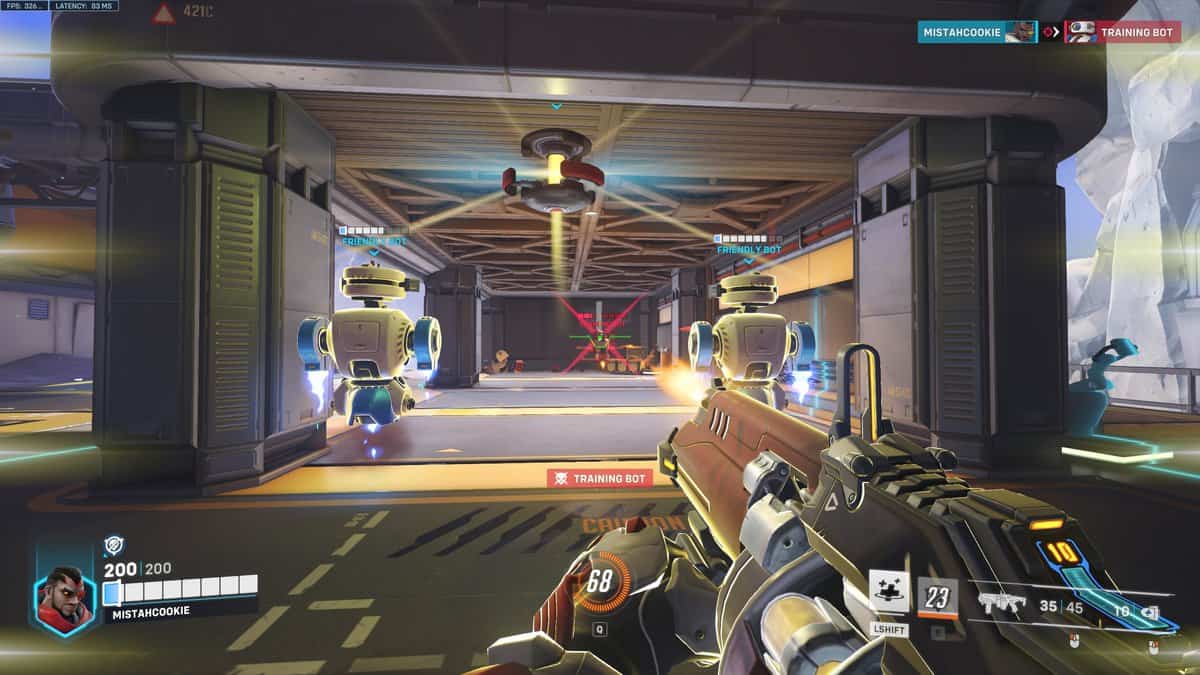 Though possessing the ability to perform especially strong heals, Baptiste’s abilities require a lengthy cooldown time period. This can create a setback for the tanks that are required to work at the front since they require constant healing.

Baptiste possesses several other abilities which help redeem his character such as the Immortality Field, helping reduce the damage received.

Apart from that, if paired up with another healer, his Amplification Matrix, allows especially strong heals. Added to that, his projectiles are also effective for healing, but their lack of accuracy allows them to be better used as AoE heals.

However, Baptiste is still a hero belonging to the top tier due to his potential. You just need to learn how to bring out the best of the character by improving your accuracy and positioning on the map. 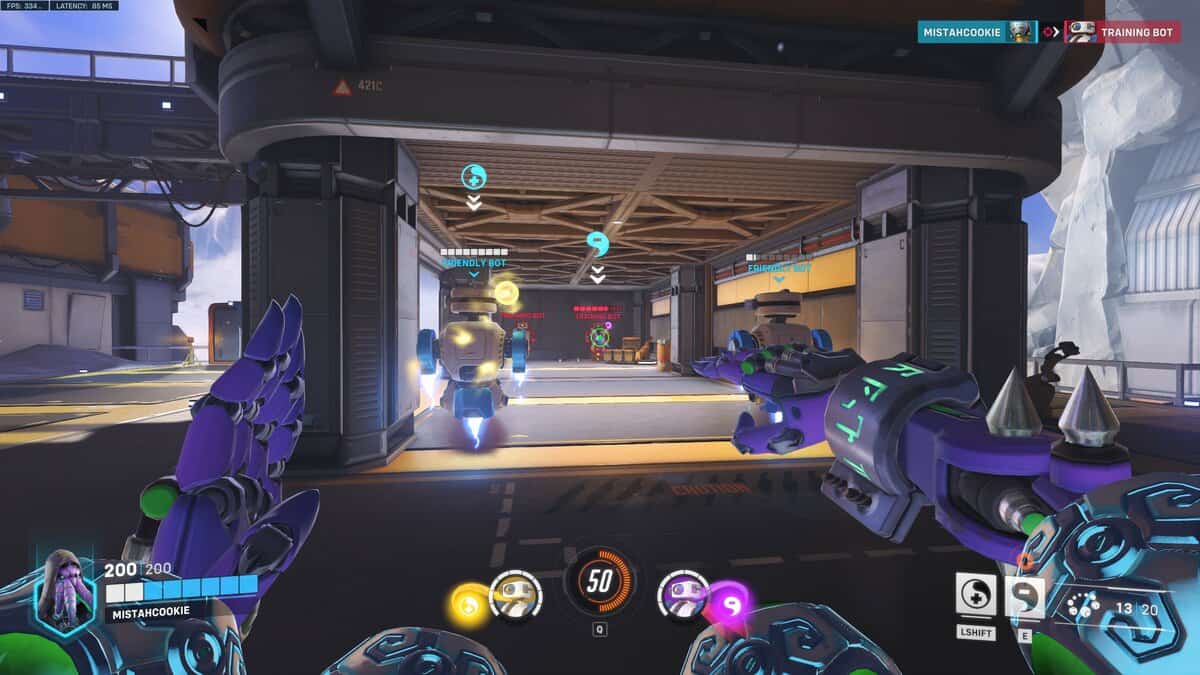 Ending the A-tier list, we have Zenyatta. His heals, though constant, are incredibly weak, which does not bode well for players that are in dire need of health.

His heals stay on the ally if they’re alive but since the time taken to fill the full bar does not cancel the amount of damage received, often other players find them at a loss.

He can debuff enemies so they take extra damage by putting his Orb of Discord on them. On the other hand, Orb of Healing heals any ally over time as long as the orb is on them. Both orbs return to Zenyatta after a short while if the line of sight is broken.

In the end, it’s his ultimate that makes him decent support in Overwatch 2, since it grants him the opportunity to fully heal all his allies by using Transcendence.

This amount of massive AoE healing can be extremely useful in negating all incoming damage from deadly ultimates from characters like Genji or Junkrat.

The current meta puts Zenyatta above some of the existing supporting characters due to his ultimate ability to push your team to end the fight on a winning note.