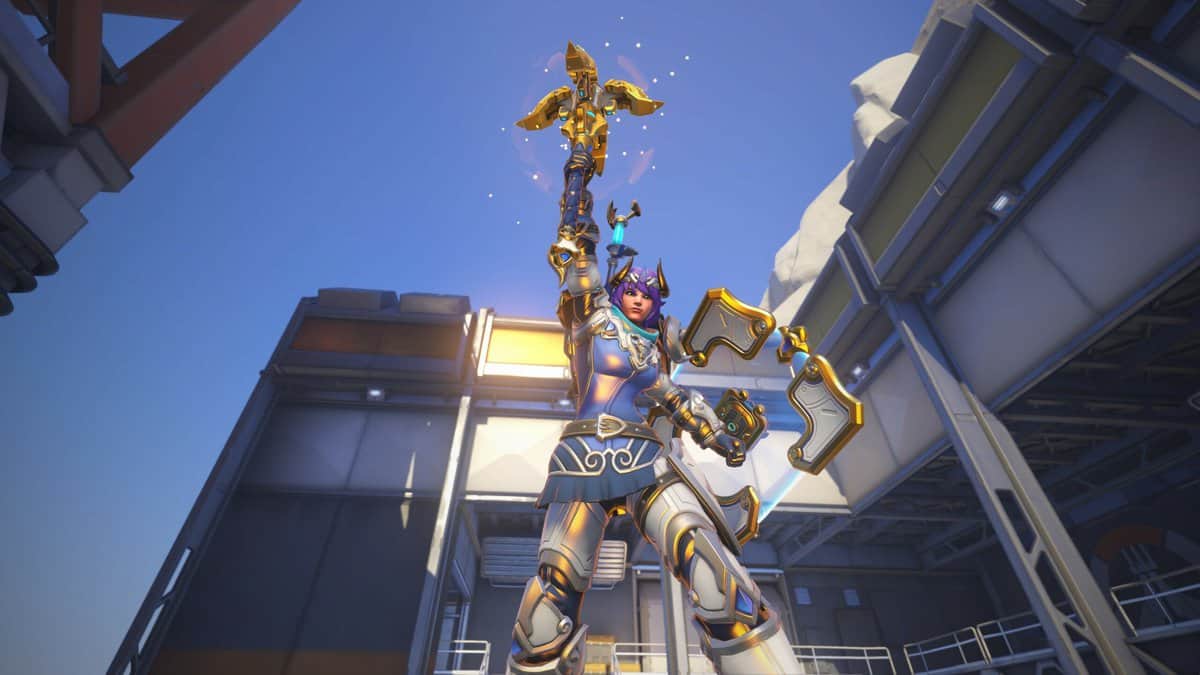 Daughter of Torbjorn, Brigitte is one of the 8 support characters available at the launch of Overwatch 2. She’s a hidden gem that most players overlook and don’t recognize as a great deal since her nerfs in the original Overwatch.

Brigitte’s setup in Overwatch 2 revolves more around supporting her teammates on the frontline with crowd control, her shield, and moderate healing. Her healing isn’t as active as it used to be back when she first came out in Overwatch but with the new changes in OW2, Brigitte is once again a very useful character.

In this guide, we will go over all of the heroes Brigitte is strong against in Overwatch 2 as well as those who can counter her and those who have a good team synergy with Brigitte.

Brigitte is strong against

The anti-flank capability of Brigitte makes it very difficult for Tracer to get close to her. Brigitte could use her strong shield and long-range attacks to keep Tracer away, proving very annoying for her. If Tracer cannot get close enough, she will not be able to inflict much damage on you.

Brigitte is solid against Genji; her shields protect her from Genji’s shurikens and melee attacks. Moreover, she could keep him away by combining her long-range attacks with Whip Shot. If Genji cannot get close to her, then he will not be able to inflict any damage on her.

Brigitte’s Shield Barrier is the ability one requires to make D.Va Micro Missiles useless. Moreover, the same barrier allows Brigitte to save herself from D.Va’s Self-Destruct.

If D.Va tries to push toward Brigitte using her Boosters ability, then Brigitte could use Whip Shot to send her away, knocking.

All the abilities of Brigitte prove to be a nightmare for D.Va, ensuring she loses all her advantages in the fight.

Brigitte is weak against (Brigitte matchups)

Brigitte is weak against the immense firepower of Bastion; he can easily penetrate through her defensive abilities and leave her without any option but to die. Moreover, Bastion stays away from Brigitte’s preferred range and inflicts damage annoying Brigitte.

Hanzo can stay far away from Brigette, making her useless against his long-range shots. He can fire mighty arrows penetrating the shields and health of Brigette, and she cannot do much against him and will require her teammates to take Hanzo down.

Pharah can stay away and rain down fire on Brigette. Moreover, the splash damage from rockets can take Brigitte down as her barrier cannot protect her from such an injury.

One thing becomes clear: the champions that stay away from range of Brigitte can be more vigorous opponents against her gameplay.

Roadhog and Brigitte can prove to be iconic duos. Roadhog is about inflicting tremendous damage and Brigitte providing the necessary protection to him. Brigitte’s Inspire provides the required healing to Roadhog, and the Repair pack will make it difficult for enemies to kill him due to extra health.

Moreover, If Shield Bash and Chain Hook are ideally used, no enemy can escape death. Brigitte’s Rally can also turn Roadhog into a beast by providing him with extra armor and health.

Moira and Brigitte can set the tone for the team by being the frontline healers. The position of this composition matters the most, and Moira being in the right place can make it easy for her allies to win the battle.

Moira can take the front, while Brigitte can position herself in the team’s middle. Their protection will keep the group going and could win every fight.

Brigitte’s abilities can push Reaper beyond anyone’s grasp. Every ability from Brigitte can boost everything that Reaper offers in the game.

Brigitte’s Barrier Shield and Shield Bash can put Reaper into enemy lines, causing havoc. Moreover, the Repair Pack and Wraith Form combo will put Reaper back into the battle within no time. On top of that, Death Blossom and Rally combination will turn Reaper untouchable, and the competition will be over before even starting.