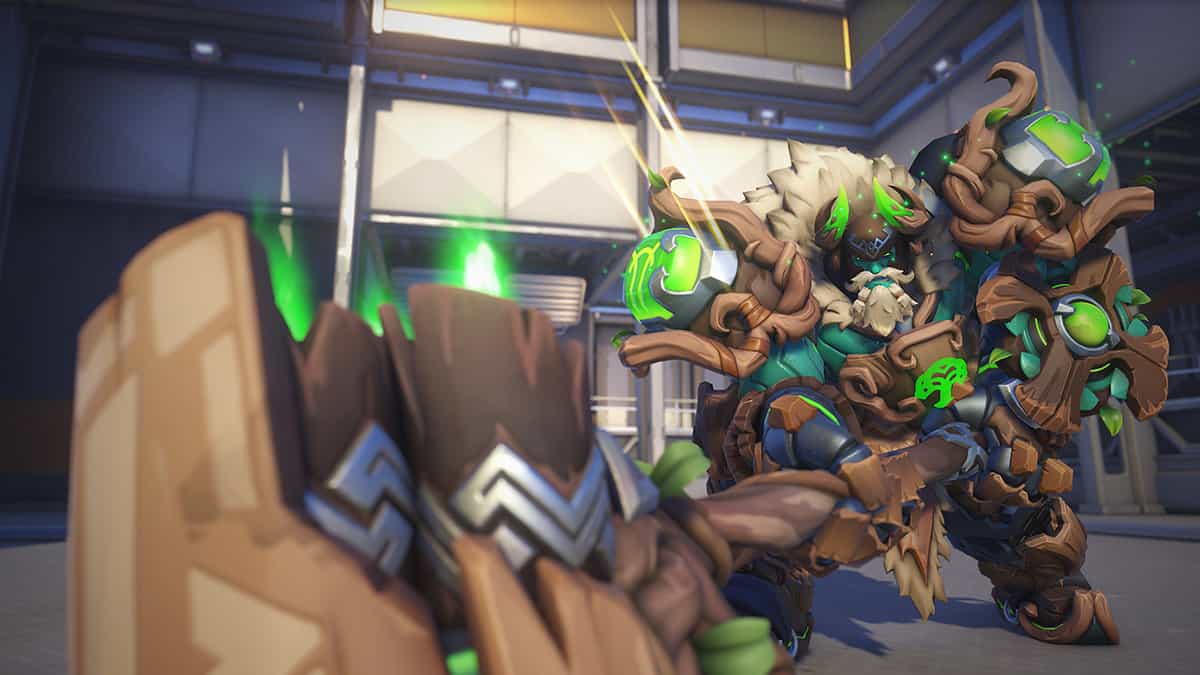 Reinhardt is easily one of the best tank characters of Overwatch 2. While he has received significant changes in the sequel, the German knight with a big hammer can still help his team annihilate the enemies.

Reinhardt is now a character having core defense capabilities to act as a wall for his teammates and now some abilities to make offense activities to punish the enemies. Thus, we will look at all the characters Reinhardt is good against in Overwatch 2, which ones can counter him and the heroes Reinhardt has good synergy with.

Reinhardt is strong against

Reinhardt hard counters Sigma as he can Charge straight through the barrier of Sigma and do severe damage using his Rocket Hammer. Sigma has no options against Reinhardt’s melee attacks.

Widowmaker cannot do much against Reinhardt as she comes in the same sniping category as Ashe. Reinhardt can Charge and kill her and provide a barrier to save his allies from the deadly headshots of Widowmaker.

Reinhardt is weak against (Reinhardt matchups)

Reinhardt’s defenses cannot hold back the teleportation capability of Reaper, and he can teleport behind the barrier of Reinhardt and burst him down quickly. Moreover, he can distract Reinhardt, putting pressure on his team and ensuring swift kills for the team.

Capable of knocking tanks out with a single blow. Pharah will damage Reinhardt from above, especially considering how she can counter each melee attack of his. The Splash Rockets from Pharah could eat away the entire team bypassing the barrier created by Reinhardt.

Reinhardt Charge and Barrier are not efficient against the Junkrat abilities. Junkrat can use Steel Trap to stop Reinhardt’s Charge and then combine it with Concussion Mines to secure an easy kill on Reinhardt.

Ana and Reinhardt form a perfect duo complimenting each other in many ways. Reinhardt provides Shield to Ana and protects her from incoming damage, and both can use their Ultimates in combination to inflict maximum damage.

Moreover, if Ana hits an enemy with Sleep Dart, Reinhardt can push in using Charge and finish the enemy. The removal of the enemy will provide a push to your team toward winning the game.

Reinhardt can stay close to Soldier:76 protecting him so he can deal the maximum amount of damage. Try to follow Soldier:76 and shield him against the incoming damage. Reinhardt’s protection enables Soldier:76 to put maximum pressure on the enemies and eliminates squishy enemies.

The Ice Wall and Charge combination can secure many essential kills and put your teams in the winning position. However, communication is the key.

If you have decided to charge against any enemy as Mei, place Ice Wall to separate the target from their team and then Charge against the player to secure the kill without going far into the enemies’ territory.