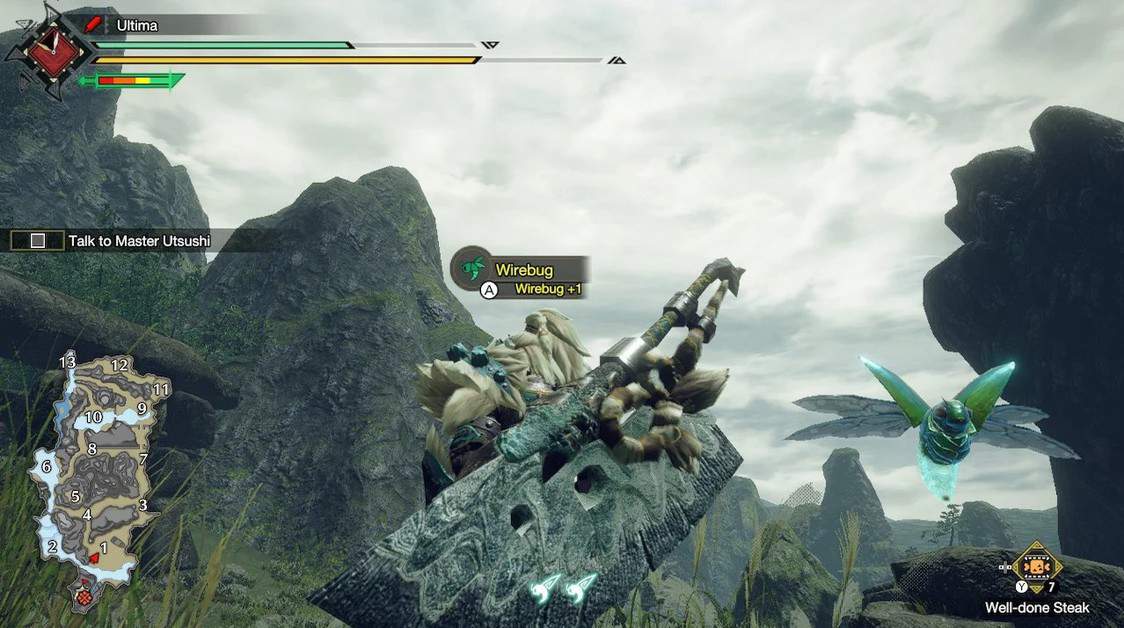 Monster Hunter Rise is out on Switch, and you can access the brand-new world with a number of new features waiting to be explored. In these Monster Hunter Rise Weapon Tips, we’ll be showing you a few combos that deal a great amount of damage in very little time.

Your choice of weapon has a big impact on how every combat encounter plays out in Monster Hunter Rise. While all weapons are viable, each have their own strengths and weaknesses while allowing for greater build diversity.

Weapon types in Monster Hunter Rise are divided into categories such as ranged, melee, blunt and sharp.

What Weapon Should You Pick?
The answer to this question is fairly complicated considering there’s a total of 14 weapon types you can choose from. Each of these offer a variety of new moves that will make it feel like you’re playing a completely new character.

You can choose from:

There isn’t exactly an overpowered weapon type, all of them are equally balanced, which means that your performance will differ based on your preference.

Try a Weapon Out in the Training Area
To see which weapon piques your interest the most, you can go ahead and check each one out by simply heading over to the training area and trying out the different moves in the Hunter’s Notes.

The Gun Lance allows you to utilize a rather explosive alternative to the normal Lance. Feel free to fire away shells at monsters and just blow their different body parts using the sheer power of explosions.

The Hammer falls in the blunt category, which makes it amazing for knocking monsters out and breaking their different parts. However, playing with the hammer can be somewhat difficult so you have to know about the different charge attacks and what exactly is the most efficient way to deal damage.

Check out a few combos below to get the most damage out of your attacks utilizing a hammer.

Helpful Combos
ZR + A (When the hammer is blue to go to yellow-colored hammer mode, which also gives you two follow-ups depending on if you’re either stationary or mobile)

ZR > > ZL + X (Press and hold ZR and then hold ZL + X, you can ready yourself for an aerial hammer smash and time it right to deal damage)

Probably our favorite set of weapons. They’re simple, fast and efficient. If you’re the kind of player that loves to be agile around their opponents, then this is the best pick for you.

The Hunting Horn is a pretty good weapon that not only benefits you, but your allies as well. If you know what you’re playing, you can effectively boost on-field performance for both you and your allies.

Helpful Combos
ZL + A > X > X (Close the distance between you and the enemy, to pummel them with quick damage)

The Insect Glaive is a double-edged staff/spear that also gives you access to an insect ally called Kinsect. By attacking in sync alongside your Kinsect, you’re able to deal the maximum amount of damage.

Helpful Combos
ZR + B > B > ZL + X > B > A (Scale the map easily by covering a great amount of distance in the air. You can stay in the air until you run out of wirebug charges)

To play well with the Charge Blade, you need to be good with building up your momentum. Depending on how well you’re playing against a hunt, will determine how effective you are in building up the charges for your shield and sword.

Avoid using this weapon if you’re just starting off with the game.

ZL + X > X + A (Charge forward with axe mode and thrust into your opponent, pressing X + A afterward will get you an elemental discharge)

The Bow’s pretty slow, and you probably won’t be able to make full use of its potential initially. To better improve with the weapon, you are going to want to get better armor and perks that best complement the playstyle itself.

Helpful Combos
ZR + A, Directional Input 180 degrees from your reference position, R + X (Fire an AoE healing shot in front of you and back flip into the healing area)

Charge up your sword by hitting away at the monster, and use all of that charge to perform special combos and moves that will deal huge damage.

ZL + X > ZR (Helm breaker after the silkbind ability connects, use this when you have maxed out spear gauge)

The Lance is a pretty slow weapon, and makes you a little tanky if anything. You’re going to want to combo this with a giant shield, since you’ve lost all mobility up until this point and will die otherwise.

The Switch Axe has a fairly interesting concept. To get to the fun part of the weapon, you have to first build up your charge by chipping away at the enemy’s health, once you’ve built up enough of your gauge, you can transform your weapon into a sword and start dealing damage at the expense of your charge meter.

The Heavy Bowgun has an improved range over the other ranged weapons in the game, and can be used to deal a heavy amount of damage. There’s one drawback though, you’re going to have to charge each of your shots before they have any significant effect on your enemy.

With a little bit of planning and crafting the right ammo, you can deal a ton of damage to the beast alongside your team.

Helpful Combos
Keep swapping to different ammo types to maximize damage, this leaves you with empty and partially depleted magazines.

If you use a specific ammo type more than the other, then know that the first one to be reloaded will be the one with a completely empty magazine.

The Great Sword requires an inhumane amount of strength to wield and is probably bigger than the character itself when it comes to size. It hits hard and works on a charge-based system. Charge-Attack-Charge-Attack, that’s the motto! Whatever you do, don’t miss and you’ll be good.

The Light Bowgun is a fairly simple ranged weapon that allows you to have a ton of mobility unlike its heavy counterpart. Since you deal less damage, it means you’re agile, and can safely keep yourself at a distance while chipping away at the monster’s health.

Use high-damaging and slow ammo-types with precision when vaulting over enemies.

A combo of bluntness and sharpness! Use the shield to knock monsters out and a sword to cut off its parts.  It’s a versatile weapon that even allows you to use items while your weapon is drawn!

Helpful Combos
ZR + A (Guard Slash, can be done during blocking or between any combo)

ZR + A > X > X >X > X (When an attack is absorbed, press X afterwards to perform a rush combo) Damage can be boosted with each hit if you press X immediately after your weapons flash.

We hope you found some useful combos in our weapon tips guide for Monster Hunter Rise. Happy hunting!