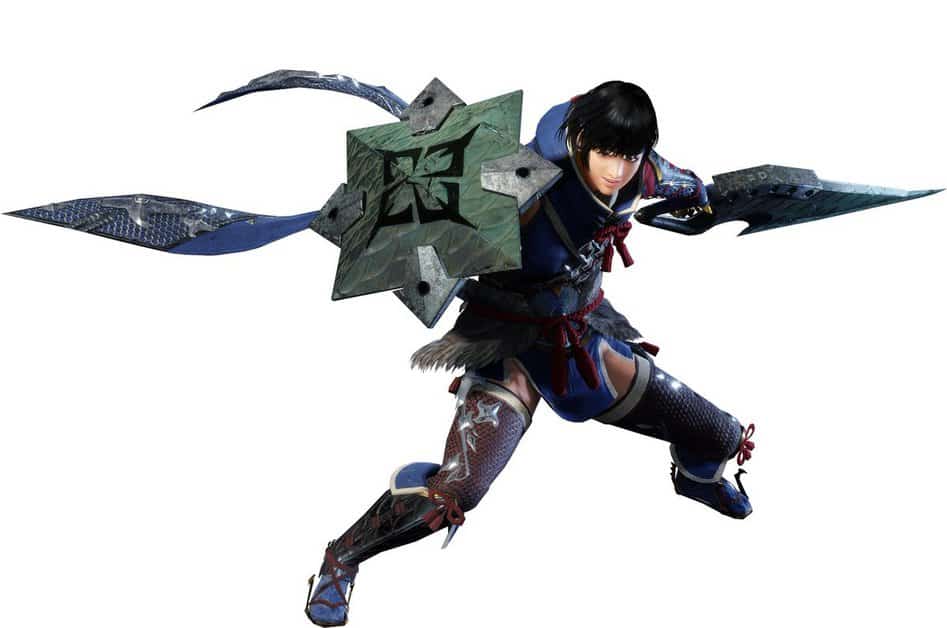 Sword and Shield is one of the most versatile weapons in MH Rise. It can deal damage to opponents with the sword, block enemy attacks and stun enemies with the Shield. It is also the only weapon in Monster Hunter Rise with which items can be used, even with the weapon unsheathed.

In this Monster Hunter Rise Sunbreak guide, we will explain everything there is to know about the Sword and Shield in MHR.

Below we have listed the basic controls for the Sword and Shield in Monster Hunter Rise.

Here’s how you can perform the fundamental combos with the Sword and Shield in Monster Hunter Rise.

Below, we’ve listed down the more advanced combos which you can perform with the Sword and Shield. These combos are much harder to perform, but they’re also way more effective and much cooler.

In Monster Hunter Rise Sunbreak, there are 5 slots for Switch Skills. Below, we’ve listed down the skills you can put in each slot.

Below we have listed Sword and Shield’s Silkbind attacks.

Falling Shadow
It is a forward leaping attack and if successful, it will automatically lead to Scaling Slash attack.

Windmill
Use Ironsilk to swing your sword which completely blocks the monster’s attack.

Metsu Shoryugeki
This attack is switchable with Windmill. Perform an uppercut with the Shield, which will hit the enemy with high damage if timed correctly.

Destroyer Oil (Sunbreak)
Perform a sword thrust and then cover the sword in oil, which enhances your ability to stagger monsters. This attack is switchable with Windmill or Metsu Shoryugeki.

Below, we’ve listed down the best Monster Hunter Rise Sword and Shield build for each level of quest difficulty, all the way from 2 Star Quests to Endgame Quests.

Sword and Shield Builds for 5-Star Quests and Higher

The Queen Rapier has incredibly high raw damage (220 base attack), but it also comes with a 10% affinity bonus. On top of that, it also has the ability to deal Poison element damage. This makes the Queen Rapier arguably one of the best weapons in the game.

The Secta Una Black is probably the most well-rounded Sword and Shield. It performs well against any monster that you can think of, but it is particularly powerful against dragons. It comes with a base attack of 190 and 24 points of Dragon Element.

Below, we’ve listed down all of the Sword and Shields in Monster Hunter Rise in their respective trees.

All in all, the Sword and Shield is a great weapon and is useful in both Attack, defense, and support roles. Its attack speed is very fast, and the Silkbind attacks are also very useful.

It is also the only weapon in the game that you can use items without having to sheath it.

However, there are some weak points of the weapon as well. Its attack range is very short, so you will have to be close to the enemy at all times for it to be useful.

Its lengthy combos also don’t deal that high damage. So player’s will have to choose this weapon if it suits their playstyle.

To use this weapon properly, you need to constantly use the Shield to stun enemies and make sure of Perfect Rush and Windmill/Metsu Shoryugeki.

If you find yourself in a stick situation, you can sue Guard Slash to get yourself out of them.