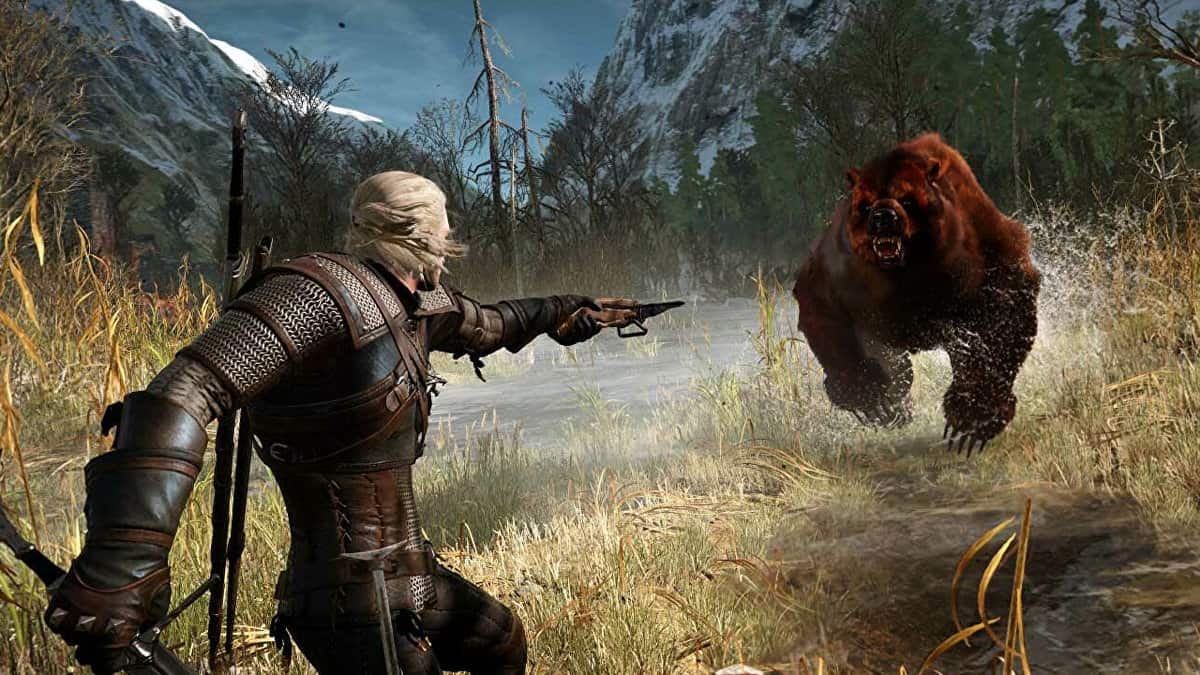 The Witcher 3: Wild Hunt is not that challenging to beat. Once you get some good gear and know how to parry and dodge attacks, no enemy will be able to take you down.

That is why every player is highly recommended to play The Witcher 3 on Death March, the highest difficulty setting. You will face more of a challenge to test your skills as a seasoned monster hunter.

The following are some of the best Death March builds for you to make in The Witcher 3: Wild Hunt. Knowing which abilities to level first and which armor to find or craft first will give you a massive head start in the game.

Aerondight is a gear piece you will get after installing the Blood and Wine DLC and completing the There Can Be Only One quest. After that, the gear we use is Ekimmara Decoction. It allows you to regenerate your health while dealing damage to the enemies. While the Ekhidna Decoction helps in restoring health while you are consuming stamina.

All the gears we used were to balance out the Death March build. These gears work well with the abilities we have chosen. Muscle Memory will allow you to increase the damage done by fast attacks.

The other abilities, like Strength Training, Precise Blows, Crushing Blows, etc., all increase the damage output. The defense of this build is on the weaker side, but the extra damage abilities will compensate for that quite well.

You will be earning HP regularly while dealing damage, so the only thing you need to work on is parry and dodge techniques. Mastering these abilities and using the gears and skills mentioned above make this an amazing Death March build in The Witcher 3.

Other than that, the Mastercrafted Armor set will increase the attack power significantly and give you some resistance against the enemy’s attacks. We primarily use the Feline armor set because of the Cat School Techniques.

Because of this ability, each piece of light armor set will deal 25% more critical hit damage along with 5% more fast attack damage. So this single ability plays a significant role in making an overpowered Death march build in The Witcher 3.

Other abilities are similar to the first build we used, with some differences, like the Whirl. This will allow you to do a spinning attack to deal extra damage. We use the Quen Intensity and Quen Discharge abilities to boost the Quen Sign Intensity and reflect the incoming damage.

The Refreshment ability we use will help restore health whenever you take a potion. Together, these gears and abilities make a well-balanced OP Death March build in The Witcher 3 for you.

This build is all about dealing maximum damage to enemies using bombs, poisoned blades, and drink potions. You must prepare well before the fight and obtain all the essential items to fight enemies in the game.

For this build, the best gear is the Manticore School Gear. It significantly boosts your alchemy potential, allowing you to bring havoc on your enemies. The gear provides excellent bonuses when you use matching pieces of Manticore Gear.

Using three pieces of Manticore gear allows you to deal critical hits and damage using bombs. Additionally, when you combine six pieces from the same gear, the maximum charges for every alchemy product will increase by 1, providing greater alchemy power.

The combination of boosts that the two swords provide is crucial as both complement each other. Using the same set makes you strong and taking down some of the hardest bosses in the game becomes trivial.

The Manticore armor further boosts critical damage and provides resistance against monsters’ damage. Every single item except the swords increases your resistance to slashing damage, making the swift attacks that you sustain less effective.

The most crucial ability is Pyrotechnics which allows you to deal maximum damage while using small bombs. Other abilities such as Cluster Bombs, Steady Aim, and Efficiency boost the damage potential while using Bombs.

Furthermore, Heightened Tolerance, Refreshment, and Protective Coating strengthen your defenses. Allowing you to restore health upon the usage of a potion and increasing the toxicity threshold for each potion.

Combining these abilities and gear makes the best alchemy Death March build in The Witcher 3 for you. You will be bringing monsters and enemies down in no time using this deadly combination.

In this build, you will be using a combination of swords and signs that will make you a nightmare for enemies, bringing death and destruction every time they encounter you. This build is associated with the Yrden sign, and you can use the same gear and abilities for other signs.

Furthermore, all other items in your gear set provide slashing, monster, and piercing resistance, making your defense stronger. Additionally, every item in this gear boosts the sign intensity, and your signs will hit harder than a sword.

Sustained Glyphs and Yrden Intensity improve sign intensity and duration, allowing you to deal more damage using signs and make Yrden in particular better. Additionally, Muscle Memory, Precise Blows, and Whirl take your fast attacks to the next level. You will swiftly cut through your enemies like a knife through butter, dealing maximum damage and causing bleeding. Combining these fast attack abilities with Mutation: Deadly Counter allows you to deal even more damage to enemies that cannot be counterattacked and monsters.

All the abilities and gear complement each other, taking your sign power to the next level. This combination creates the best signs Death March build in The Witcher 3. You will love eliminating enemies using the power of sword and magic together. This build will help you to take down even the deadliest enemies.

This build is perfect for you if you like to play it safe. Your defensive abilities will be enough to hold any attack, but you might have to compromise some of your mobility.

The best gear for this build is Ursine, also called the Bear gear. This gear provides you maximum protection allowing you to stack up armor. Ursine Silver and Steel sword will also enable you to deal extensive damage to the enemies.

The other items of the gear set boost your armor while providing resistance against all kinds of attacks, including slashing, elemental, monster, and piercing.

The combination of Survival Instinct, Undying, Gourmet, and Bear School Techniques allows you to survive longer due to the impact of these abilities on your Vitality. Your maximum Vitality and regeneration will increase due to these abilities, making you extremely hard to kill.

Adrenaline Points are crucial in this build, justifying the inclusion of Resolve, Razor Focus, and Attack as the Best Defense abilities in our build. These abilities generate Adrenaline points for you and reduce the loss of these points. These Adrenaline points can later be converted into Vitality, making you survive every battle.

Furthermore, by selecting Strength Training, Crushing Blows, and Sunder Armour abilities we can boost our overall attacks. Due to these abilities, you can land more damage through your strong attacks, making your attacks hard on enemies while staying resistant to most enemy attacks.

This combination of gear and abilities makes the best defensive Death March build in The Witcher 3. You will become a figurative tank withstanding a lot of punishment while dishing equal amounts of it out at your enemies.