How To Get Griffin School Gear In The Witcher 3 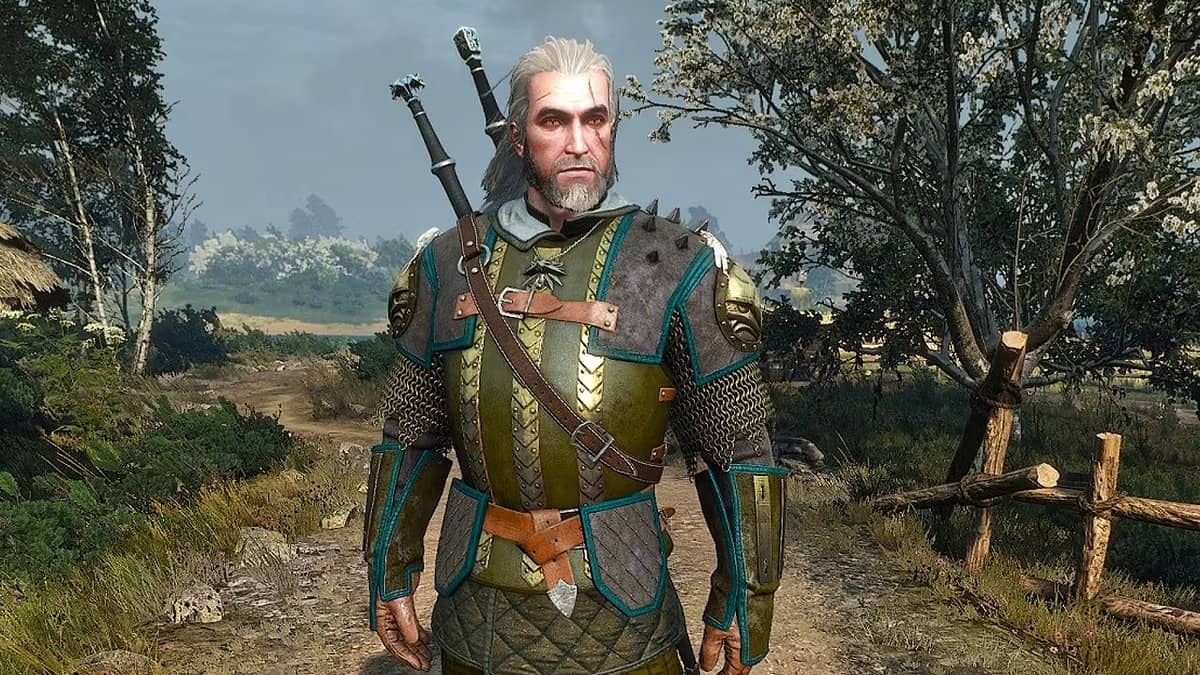 The Griffin School Gear is a set of witcher gear used by the witchers of the Griffin School. This is a medium set that is balanced in terms of both offense and defense and is still quite powerful on its own.

This will be one of the first sets you’ll encounter in The Witcher 3 but will come in different tiers to it. In this guide, we’ll cover the location of the basic Griffin set diagrams and their crafting requirements.

Once you have the basic form of the set, you can then work your way upwards and upgrade it to several tiers which are enhanced, superior, and then the mastercraft tier.

There are two ways to start the side quest. The first and easiest way is to simply find the diagrams in the open world (locations given below) which will automatically start the Scavenger Hunt.

The second way, also easy, is to purchase one of the map fragments from a vendor and read it from your inventory to begin the Griffin School Gear quest. When you reach Velen, head west from Crow’s Perch to reach the small village of Midcopse. The armorer there has a couple of map fragments to sell.

Where to find the Griffin School Gear Diagrams?

Moreover, wearing a combination of a few pieces of the set will grant you some bonuses.

All of the diagrams are located in Velen but will be scattered across areas within. However, once you collect the diagrams for the set pieces, you will then have to craft each individual piece in order to use it.

With this gear set, you will find the chest armor, gauntlets, trousers, and boots all together – inside the Dragonslayer’s Grotto. This place is located in a cave to the west of the Reardon Manor.

As you enter the cave, you’ll come across a few Wraiths which you can get rid of by using the Yrden sign and then attacking them. Once they’re dealt with, continue moving to the end of the chamber and look for a crack in the wall.

Once you find it, create an opening through it with the Aard sign. This will reveal an area filled with toxic gas – which you can get rid of with the Igni sign.

Continue moving forward till you reach a chamber. Here, you’ll have to take care of a level 14 Ekimmara. This will be a difficult enemy to defeat, but your treasure lies in it’s death.

Defeat the Ekimmara and you will receive the Griffin armor diagram.

The Griffin Silver Sword Diagram can be found in a lighthouse-type tower located in Lornruk. At first glance, there seems that there is no way to enter into the tower – but there is actually a hidden passage that leads to the top of it.

First, you must defeat a level 14 Wyvern here and then move down to the shore to the Place of Power. From there, dive down into the sea from and you should be able to see a cave entrance.

Enter this cave and you’ll encounter a few Drowners. Eliminate them and move along the cave till you reach the entrance to the building. Climb up to the top of the tower from here and you’ll come across a chest next to a few barrels.

This chest contains the diagram for the Griffin Silver Sword.

The diagram for the Griffin Steel Sword is located just at the edge of the Pontar River, specifically in the abandoned watchtower of Hindhold. As you are making your way to the tower across the marsh, you will come across a few Endrega Workers and Warriors.

Eliminate the foes and enter the tower. At the top of the tower, there is a room to the left containing a corpse – and the Griffin Steel Sword Diagram right next to it.

There is another way into the tower. There is some scaffolding beside it that leads to the top. This way, you can bypass the Endrega but will now have to face a horde of Harpies. You will need to destroy their nest to enter the watchtower.

How to craft the Griffin armor and swords