How To Find And Kill Water Hags In The Witcher 3 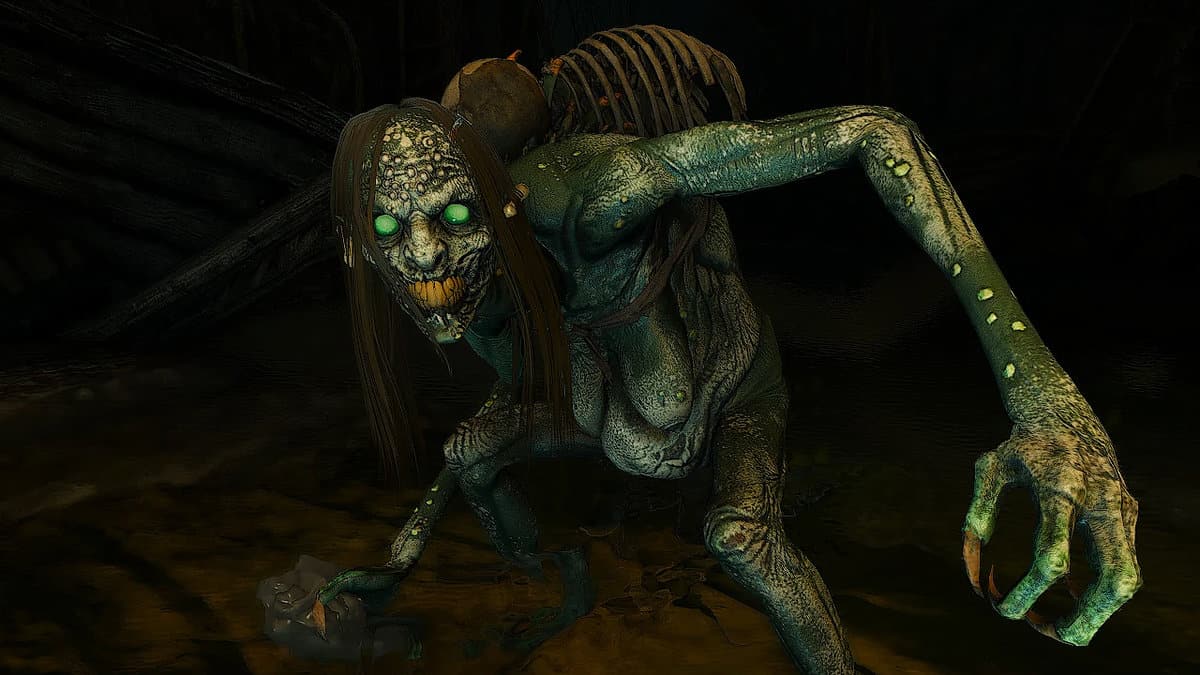 Water Hags are similar to Drowners in The Witcher 3: Wild Hunt. They both belong to the necrophage class of enemies in the game and are often found close to each other within the same areas.

Water Hags appear as disfigured old women from afar. In the lore, they sometimes use their appearances to lure unsuspecting travelers into their hunting grounds.

Do not mistake their old, wrinkly appearance for an easy enemy in the game though. Water Hags can do loads of damage from range and can often surprise you if your attention is somewhere else.

The following guide will tell you where to find Water Hags and how to kill them in The Witcher 3: Wild Hunt. You will also get to know about their attack patterns and weaknesses.

Where to find Water Hags

Water Hags, as their name suggests, inhabit rivers, streams, and other bodies of water just like Drowners. You will particularly find a Water Hag in muddy areas like the swamps or shallow ponds near forests.

They are known to be much more aggressive during rainfall and storms. Hence, if you are riding along the swamp in rain, your chances of finding a Water Hag are going to be pretty high.

How to kill Water Hags

Water Hags are excellent swimmers. The reason they love staying near muddy areas is that they can swim through the water to ambush you from behind. You will still be able to see their silhouettes, so keep an eye on where they are going to surface.

Secondly, know that Water Hags are the most dangerous at range. They throw mud balls as projectiles that can blind you momentarily. Make sure to dodge their ranged attacks and if they come close, parry their melee claw attacks.

Water Hags are exceptionally weak to fire. So, you can cast Igni for burning damage. An upgraded Igni sign can further do burning damage over time which is even more effective.

Water Hags like to hunt alone but at times, they might attract the attention of nearby Drowners. If that happens, Igni alone might not be enough. Consider throwing Dragon’s Dream bombs to catch multiple enemies in its explosion.

Your main problem when facing a Water Hag will be sticking to your target since they like to swim around the battlefield. You can use a Northern Wind bomb to freeze her in place or cast Yrden and Axii to trap and stun her respectively for a few seconds.

Lastly, Water Hags are highly susceptible to Necrophage Oil just like any other necrophage. Apply some Necrophage Oil on your silver sword for increased bonus damage against her. You can use your strong attacks here to make short work of the fight.

There are not that many types of Water Hags in the bestiary of The Witcher 3. You might face a Bilge Hag in the swampy areas but they are the same as a normal Water Hag.

If you take up the Muire D’yaeblen contract from the Skellige notice board, you will get to face and kill an Abaya for her Water Hag trophy. She is a more powerful variation of a Water Hag and leads a pack of Drowners. Her attacks and weaknesses are, however, the same.