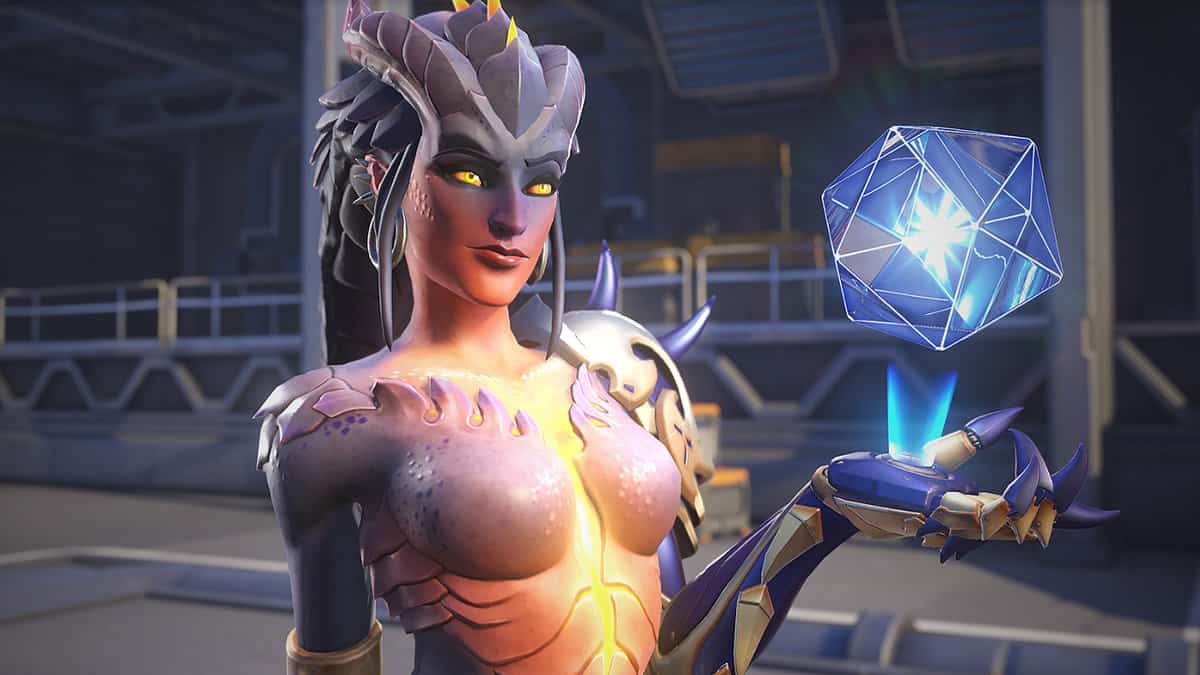 Symmetra is a versatile DPS hero in OW2 that can deal damage consistently from up close and at range. Considered the “microwave” DPS, Symmetra is ideal when you want to hold a chokepoint in Overwatch 2.

In this guide, we will cover all the heroes Symmetra is good against in Overwatch 2 as well as those who can easily counter her and her laser turrets. We will also highlight the heroes who have a good team synergy with Symmetra in OW2, allowing them to pull off useful attack combos.

Symmetra is strong against

Symmetra is a direct threat to heroes who have low mobility. She can counter Orisa’s Protective Barrier by using Teleporter by teleporting her team behind the defense of Orisa. This could end the enemy team’s hopes of winning the fight, and Symmetra’s team will have the edge.

Symmetra can use a combination of her abilities to take down Zenyatta quickly. Zenyatta is a slow champion, and Symmetra’s hitbox is small, so it becomes tough for him to tackle her down. Symmetra can place her Teleporter near Zenyatta and use a charged-up Energy Ball to finish the job.

Genji’s weakness lies in Beam’s weapons, and Symmetra can eliminate him using her firing combination of primary and secondary attacks. The burst damage from the Beam will end for Genji as he will not be able to get away with that substantial damage.

Symmetra is weak against (Symmetra matchups)

D.Va’s character is the right counter for Symmetra. D.Va can survive for a more extended period during the battle and kill Symmetra using her fast-firing cannons. Moreover, she can escape Symmetra’s abilities and make it challenging for Symmetra to overcome D.Va in a fight.

Symmetra’s primary beam range is not enough to hit airborne Pharah, and Pharah can stay out of range and use rockets to take down Sentry Turrets. Pharah can outplay her by damaging from a place that Symmetra fires cannot even touch.

Symmetra will be dead even before making her play against Winston, he can kill her using burst damage, and his primary attacks can quickly take outs Symmetra’s turrets. Without turrets, Symmetra will be vulnerable from many angles, and the fast-speed heroes will make her meet a swift end.

Reinhardt is the best partner one could pair with Symmetra. Reinhardt’s Barrier Field allows Symmetra to stay near the team and charge up Photon Barrier damage. Moreover, Sentry Turrets can protect Reinhardt from enemy flankers, and Teleporter can place Reinhardt into a position from which he could use his Earthshatter to bring the enemies down.

Symmetra can give Reaper the playing ground he needs to win the fights. She can teleport Reaper to a high ground position, and he could combine his Death Blossom with her teleport to go behind the enemies and kill them from behind.

Doomfist can use all of his abilities to attack enemies due to Symmetra’s teleportation. Otherwise, he could have to use his abilities to get into position, reducing his firepower in the fights. So, Symmetra boosts the fighting potential of Doomfist in the team.