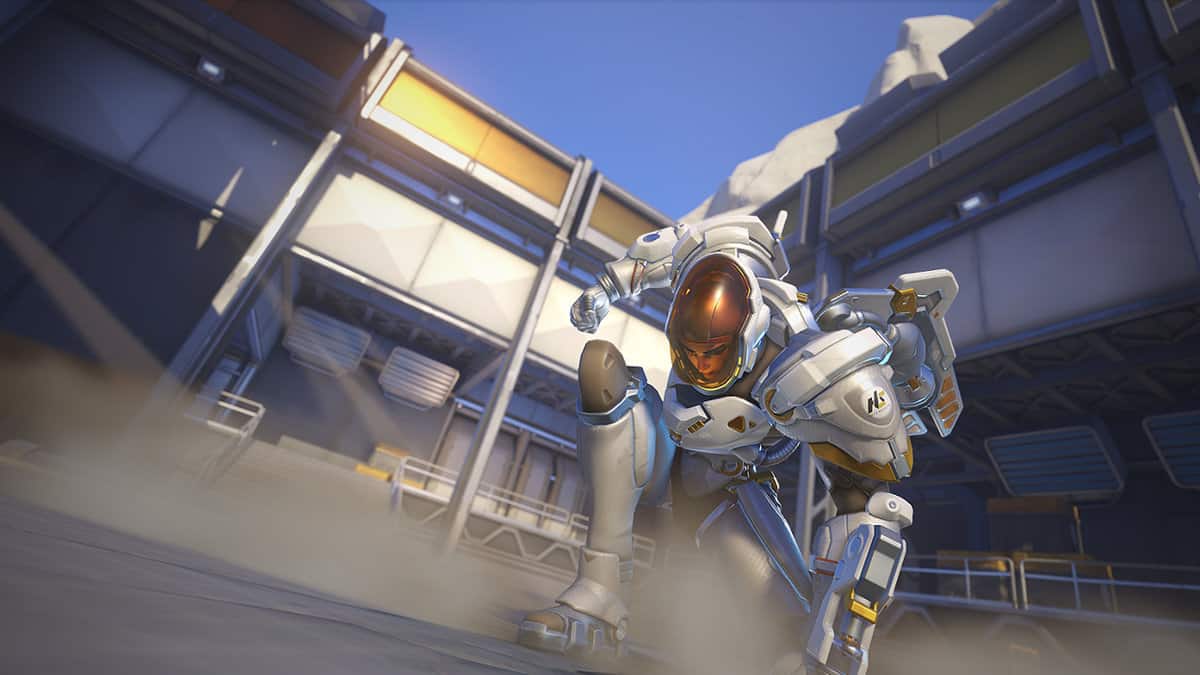 Pharah is a DPS character in Overwatch and has been a popular pick for quite a long time. However, Pharah is a somewhat difficult character to play and master and if not played the right way, can cause trouble for her own team.

In Overwatch 2, Pharah is included amongst those characters who are available to play with right from the get-go. She is an amazing character in the right player’s hand and in this guide, we will explain how to play Pharah in Overwatch 2.

Pharah is strong against

Pharah players can avoid the effective range of Doomfist and inflict severe damage from above. Moreover, Pharah can protect herself from Doomfist’s Ultimate by using flight and knocking him off-track during a charge using her Concussive Blast.

Reinhardt cannot do anything against Pharah, as she’s almost immune to everything he can throw at her. Moreover, her rockets can severely damage the team by bypassing his Barrier. Reinhardt will be unable to tank for his side, and Pharah will make the squishy players suffer due to his immunity.

Pharah hard counters Junkrat by staying away from the range of his mines. She can rain down rockets to inflict death blows on him, as Junkrat does not easily tackle an airborne Pharah. Pharah can take him down without even getting a single impact on herself, giving her team the advantage.

Pharah is weak against (Pharah matchups)

Pharah is an easy target for Widowmaker. Decent Widowmaker players easily predict Pharah’s airborne movements, and she can take Pharah down very quickly. Moreover, Pharah got very few options against Widowmaker in the game.

Snipers are a nightmare for Pharah, and Hanzo fills the identical sniping shoe as Widowmaker. Hanzo only requires one headshot to send Pharah back to the spawn. Pharah can be taken down from the long-range by Hanzo, and she will struggle to find any ground against him.

Sojourn can easily burst down Pharah using her hitscan beam attack, and Sojourn will leave Pharah without any time to respond by swiftly bursting her while she’s in the air.

Moreover, the death of Pharah becomes inevitable when she tries to use Barrage, making her vulnerable to the burst attack of Sojourn.

Pharah and Mercy form a great pair. Pharah’s jets allow Mercy to activate Guardian Angel and Angelic Descent to stay in mid-air along with Pharah.

Moreover, Mercy’s Caduceus Staff increases the Rocket Launcher damage for Pharah and heals her. This means both complement each other and push the enemies toward defeat.

Pharah pairs perfectly with D.Va as she can follow up with Pharah in the fights. It means if Pharah inflicts severe damage and communicates efficiently, then D.Va can use Boosters to reach the enemy and kill them using her Micro Missiles.

Moreover, D.Va can fly toward Pharah and put her Defense Matrix on her to save her from incoming damages. This pair of Tanky and damage heroes is perfect.

Genji can reach any place on the map to follow up on Pharah’s damage. He can use Swift Strike to clean the enemies who might be low due to the damage inflicted by Pharah.

Genji can provide her with safety as he can move quickly to kill the long-range players, providing Pharah with a lot of breathing space on the map.