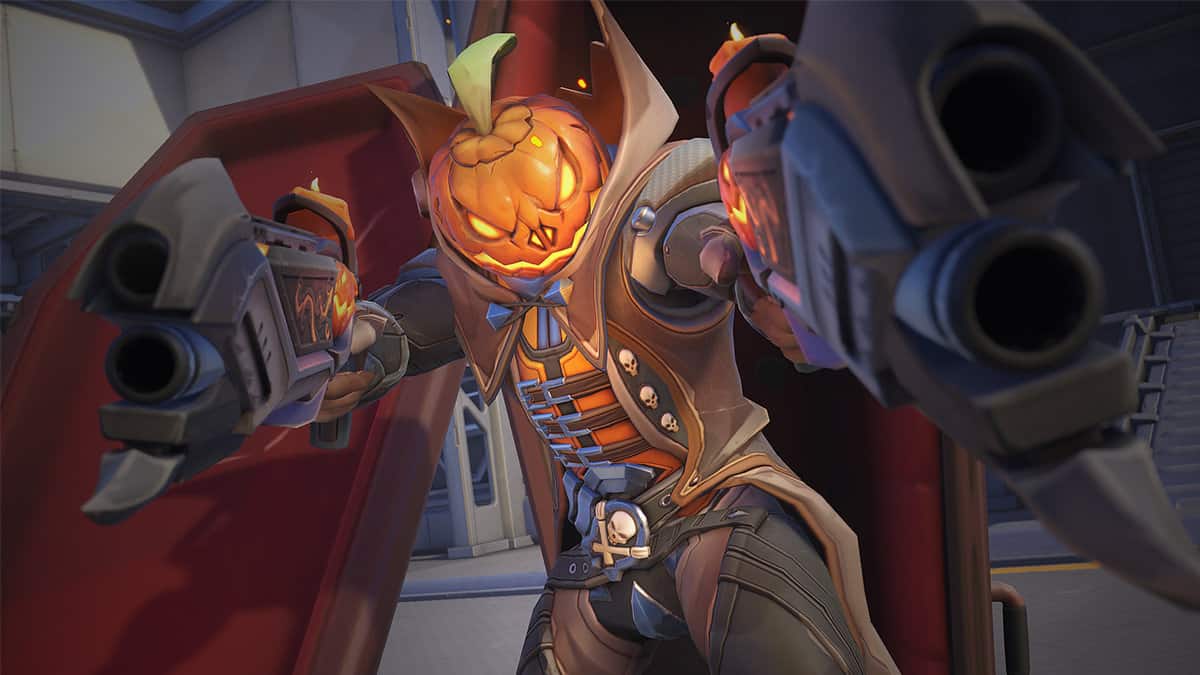 Reaper is a damage hero and one of the most iconic returning characters from the first Overwatch game. Ready to wreak havoc on the battlefield once more in Overwatch 2, Reaper is the perfect choice for close combat fighting.

The following guide will help players master Reaper in OW2 as we explain which heroes he is exceptionally powerful against as well as those who can counter Reaper easily in Overwatch 2. We will also touch upon the heroes you should have in your team for a good synergy with Reaper in OW2.

Reaper is strong against

Winston thrives on his great mobility to make his way across the map and takeout enemy heroes, however, Reaper with his Hellfire Shotgun is the perfect counter to him.

The Hellfire Shotguns can shred through enemy tanks so one wrongly timed Jump Pack juice can send Winston to his demise.

Bastion’s Configuration: Sentry can cause significant damage but it’s easy to slip past. Reaper though a slow unit can Shadow Step his way toward Bastian by sneaking through alternate routes.

While Bastion is busy dealing with other heroes, Reaper can sneak through an attack. When attacked by Bastian, Reaper can use the Wraith Form ability to dodge the attack and return a deadly counter.

Reaper is a fantastic tank killer; he can burst down even the strongest characters in the game. Reaper’s severe close-range damage and self-healing capability make him a strong pick against Doomfist. Doomfist cannot counter the burst damage or stop Reaper’s healing abilities, so he could lose the fight quickly to him.

Reaper is weak against (Reaper matchups)

Long-ranged weapons are troublesome to deal with, the Storm Bow in this case can easily snipe off Reaper. Though aiming is harder a fully charged shot coupled with Storm Arrows ability can finish off Reaper.

Wall Climb and Sonic Arrow make flank attempts useless as they give Hanzo the perfect escape routes without exposing himself and revealing him of incoming flanks.

Using Reaper’s Death Blossom leaves him exposed as an easy target to be shot down.

Zarya is the perfect counter to Reaper. As Reaper’s movements are easy to anticipate, she can receive energy using the Projected Barrier as attacks by the Hellfire Shotguns are blocked.

All of Reaper’s other abilities are easily countered by Zarya’s own. Gravity Surge counters Wraith Form leaving Reaper exposed to attacks, while the Particle Barrier helps win a one-on-one duel with him.

The matchup with Windowmaker is very unfavorable for Reaper. Since the Window’s Kiss can one-shot Reaper, this forces him to remain hidden from enemy sight, nullifying his threat.

Death Blossom forces units to be fixed in place, making Reaper a sitting target to be shot easily. For the risk of getting shot Reaper must also avoid higher ground thus restricting proper use of the Shadow Step.

Cassidy helps cover the deficiencies in Reaper’s kit. Range attacks aren’t Reaper’s strong point in Overwatch 2 and this is where Cassidy allows him to shine using his strength rather than worrying about range attacks.

The Death Blossom ultimate also makes up for a sometimes wasteful Deadeye shot.

Reinhardt and Reaper are a good pairing because of one main reason, his Barrier Field.

The Barrier has one specific advantage over other barrier types in the game, its mobility making it the perfect option for Reaper’s close-quarter endeavors.

This is a good pairing for a few reasons. Brigitte is a support unit that can hold off attacks and protect herself, giving Reaper the license to completely focus on the offensive.

Brigitte can use Whip Shot to pull enemies closer or away from Reaper’s reach while the Shield Bash can be used to stun opposing Tank units allowing Reaper to deal free shots or even steal a kill.

Repair Pack and Rally give Reaper additional armor and HP to play around with making him a pain to deal with.