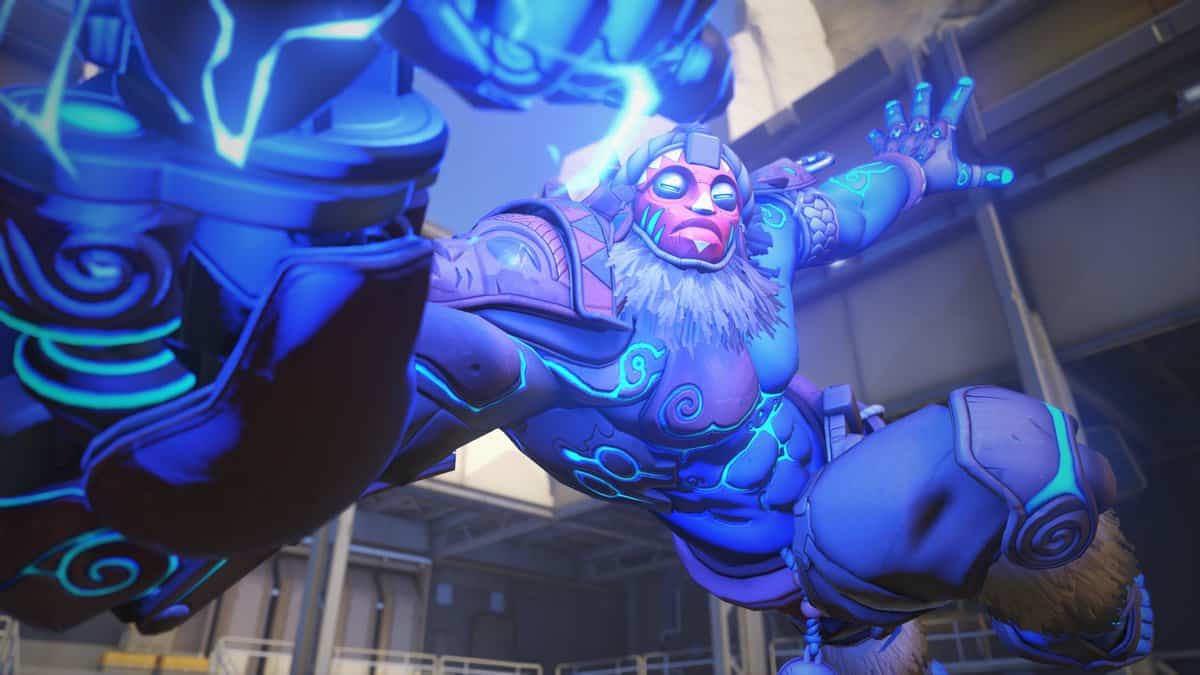 In Overwatch 2, Doomist has a tank role who is here to make humanity stronger. Doomfist’s power mainly comes from the gauntlet he wears so it is more of a mantle that can be passed down to a new person. Players may have difficulty mastering his new role because he has spent many years as a damage hero but it’s a good thing we are here to show you how to get the best out of Doomfist in OW2

Doomfist has always been a great fighter in close range and with the recent buffs in Overwatch 2, his mobility makes him a deadly tank. In this guide, we will discuss in detail the gameplay of Doomfist, which characters he is useful against, which can counter Doomfist and which heroes have a good synergy with Doomfist in Overwatch 2.

Doomfist is strong against

Doomfist is very strong against Genji as he cannot defend Doomfist’s attack with his Deflect ability so the only way he is left is to dodge Doomfist. Doomfist on the other hand has high mobility so dodging also doesn’t work for Genji. Moreover, Doomfist has a lot of health so he can easily take damage by Doomfist without being finished.

Ana is also a weak hero against Doomfist. The reason here is purely mobility. Ana is a slow-moving hero who can heal herself as well as her teammates. Doomfist, on the other hand, is mobile and can kill Ana easily as she uses her sleep dart. Doing, this is very important as Ana’s healing ability can create much difference.

Doomfist as compared to Reinhardt is very strong. Doomfist can easily displace Reinhardt from his position as his barrier field is not able to resist the Doomfist’s attack. As the result, Reinhardt won’t be able to protect his team and become useless.

Doomfist is weak against (Doomfist matchups)

Reaper is a great counter and can Doomfist down easily. The reason is his expertise in close-range combats. Moreover, his ability to heal himself can really be a problem for Doomfist.

Echo is also a counter similar to Pharah in most cases. All Echo needs to do is stay out of Doomfist’s range and rain hell on him from above.

Pharah can be a great counter to Doomfist with her superior vision and vintage points. She can remain out of Doomfist’s range and deal damage to him from above. Moreover, Doomfist’s ultimate is also useless against Pharah because she can avoid it with her flight.

Since Doomfist lacks range especially against aerial fighters like Pharah or Echo, having a good Widowmaker can prove quite useful to give your Doomfist some breathing room. Widowmaker is a hard counter for fliers so taking them out with the sniper means Doomfist doesn’t have to worry about them and can focus on making a mess of enemies on the ground.

Ana’s Nano Boost works with pretty much every character in Overwatch 2 and Doomfist is no different, making a great synergy between these two. A nano-boosted Doomfist deals bonus damage with his ult, can survive longer in the thick of combat and deal more damage with normal attacks which can be helpful when pushing.

Considering Doomfist is a dive tank, he needs a ranged healer and that is where Ana is useful as well without putting herself in harm’s way.