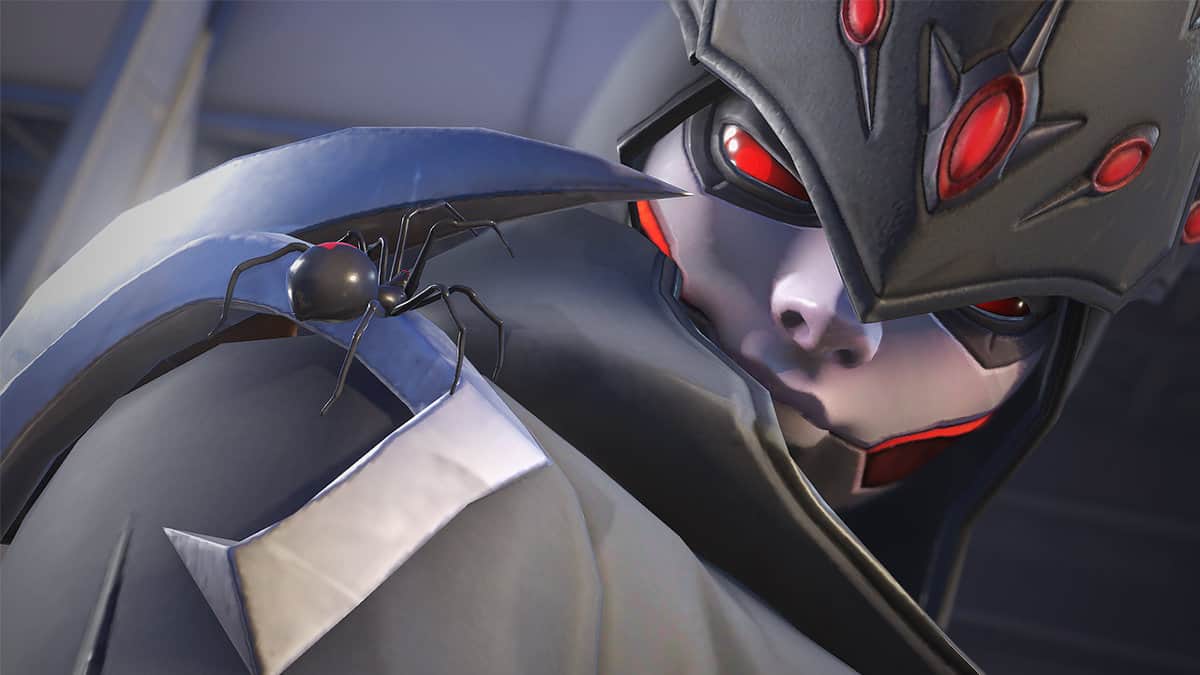 Talon’s experiments turned Amelie’s skin to her signature blue while transforming her into the perfect assassin known as Widowmaker. Being a ranged DPS character and one of the few snipers in Overwatch 2, Widowmaker’s kit is designed for mobility while also ensuring her back is covered while she hunkers down to eliminate her targets.

Widowmaker is a dangerously precise sniper in OW2 who can deal massive amounts of damage in a very short time. With her deadly sniper, she’s also equipped with utilities to help her in defense and set traps to damage enemies or get intel on their location.

In this guide, we’ll be looking at everything there is to know about the Widowmaker in Overwatch 2.

Widowmaker is strong against

Being high up in the air makes Pharah an easy target for Widowmaker. If the Pharah player slows down for just a fraction, any decent Widowmaker player can land a charged headshot for a one-hit kill.

Mercy is one of the slowest healers in the game and a lot of them prefer to pocket a Pharah, flying alongside her. Just like Pharah, this makes Mercy an easy target for Widow.

When playing Widowmaker, killing Sombra is a piece of cake because she can do it with just one shot. As soon as Sombra realizes a shot is being fired, she will be done for.

Genji provided the abilities he got, Widowmaker is surely to struggle against him. It is due to the fact that if you’re planning to snipe a Genji, you’re not certain to succeed.

Genji can turn the table just by using his ability to Deflect. Once that happens, you’re done for.

In general, Widowmaker doesn’t do well against tanks and D.Va being a tank, Widowmaker will certainly struggle against it.

Therefore, your sniper shots will be less effective and if D.Va got close to you, doomsday is near because you won’t be able to do anything to stop her.

Widowmaker makes a perfect combo with the likes of Hanzo. However, to make the most out of this combo, you’re required to have a perfect aim.

If you have a strong aim, you can one-shot most of the enemies and totally dominate the battlefield