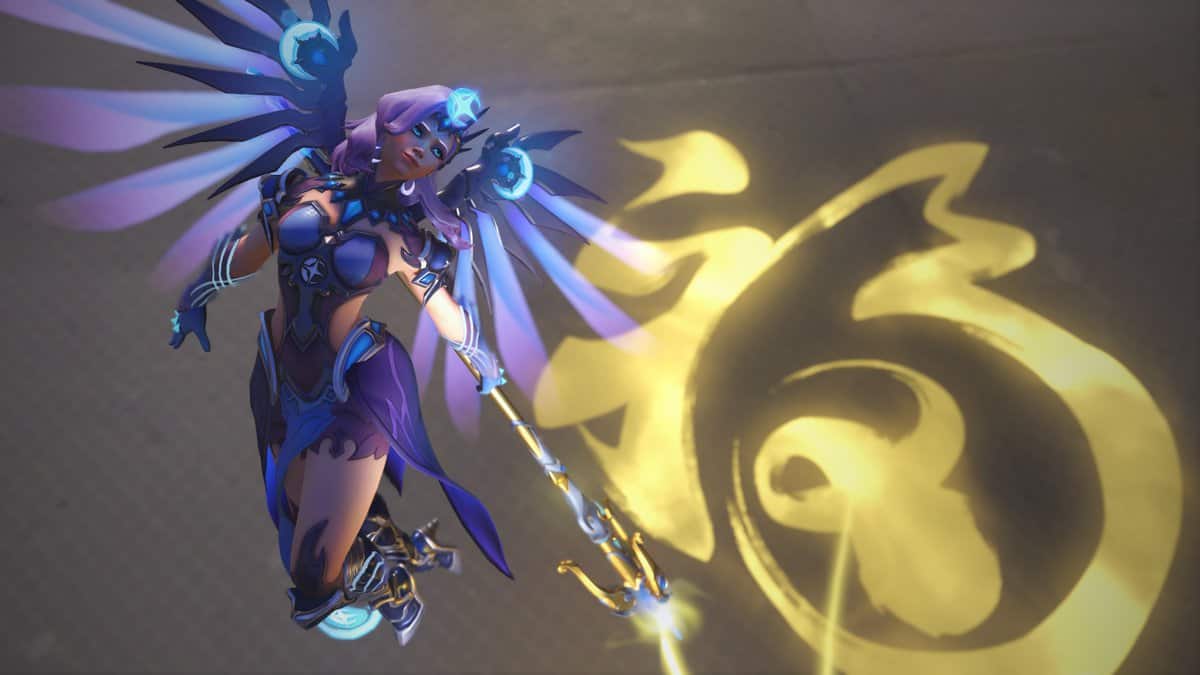 In Overwatch 2, Mercy is a support hero who is always close to her teammates. Mercy consistently demonstrates her role as a teammate’s guardian angel by healing, resurrecting, or damage-boosting them with the Caduceus Staff’s energy beam.

Mercy’s Valkyrie suit in Overwatch 2 is largely responsible for its abilities. Mercy’s outfit helps keep her connected to her teammates. She looks like a high-tech medic, and her Valkyrie suit undoubtedly has an angelic appearance.

In this Overwatch 2 guide, players will get to know everything about Mercy such as the characters that counter Mercy and those who have a strong team synergy with Mercy in OW2.

Mercy is strong against

Mercy can use her abilities to make Winston’s mobility useless. If Winston uses Jump Pack to come near you, Mercy can use Guardian Angel and escape easily by flying away from Winston. Moreover, she can dodge Winston for an extended time by smartly using Guardian Angel.

Mercy can escape Doomfist attacks; if he tries to close the gap with Seismic Slam, she can outplay him using Guardian Angel. Moreover, Doomfist uses most of his abilities to feed kills; Mercy can use her Resurrect to bring her ally back, causing Doomfist effectiveness to reduce.

Mercy can save her team against champions who deal consistent long-range damage. If Hanzo inflicts damage to your allies, you can restore their health and Resurrect them in the worst scenario. Moreover, she can constantly provide support to allies and make Hanzo move out of his safe support.

Mercy is weak against (Mercy matchups)

Tracer is really powerful against Mercy as she is really good at flanking and retreating quickly and safely. As long as Tracer is mobile and hitting Mercy constantly, she will overpower Mercy most of the time.

Widowmaker is capable of one-shotting Mercy from anywhere on the map. If Mercy is in an open area, she is extremely capable of dying in a single shot from Widowmaker’s sniper.

Roadhog is capable of pulling enemies close to him and Mercy is one of those characters that can become an easy target. If Mercy gets caught in Roadhog’s hook, there is no escape.

Zenyatta and Mercy make a really good support combo as they are capable of farming each other’s ultimate one after the other. This makes support in your team really powerful.

The combination of abilities from both the champions keeps them closer, and Mercy’s Caduceus Staff increases the damage output for Pharah’s Rocket Launcher and restores his health. Moreover, Mercy being there with Pharah distracts the enemies, and they might be forced to target the wrong champion while Pharah finishes the job with severe damage.

Mercy and Baptiste perform really well together and if combined with Bastion, the trio is really powerful in various situations.