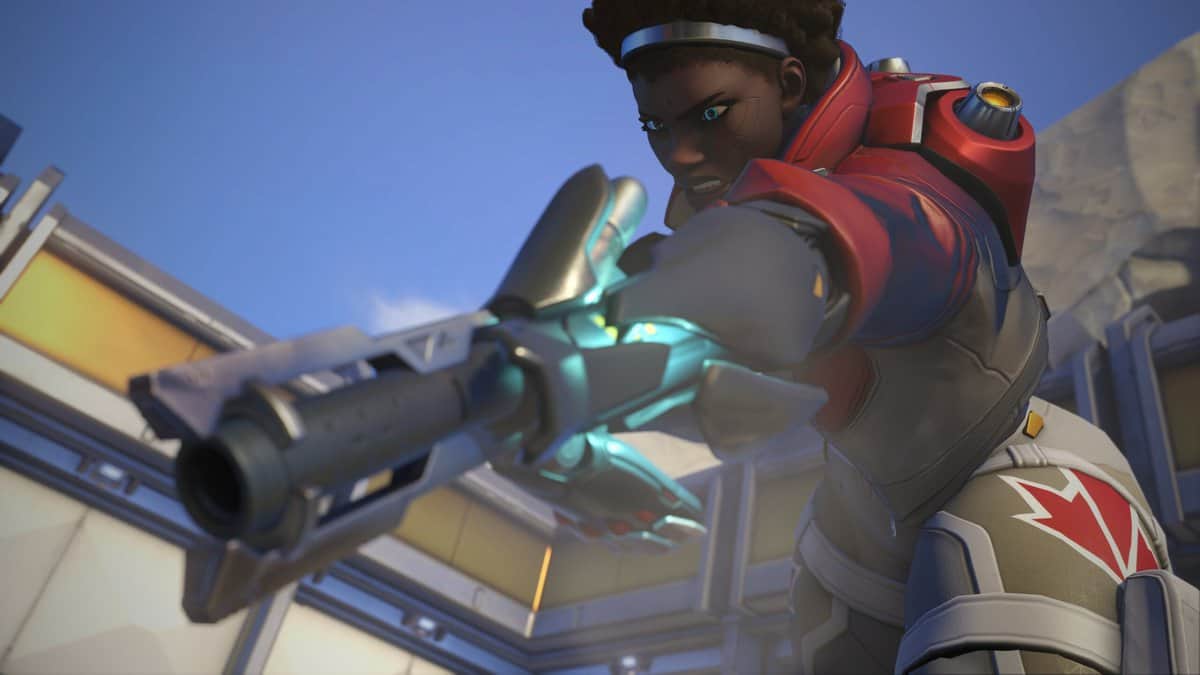 Sojourn is one of the new additions to Overwatch 2 with the release of season 1 and one of the main heroes of OW2 DPS. Any player who logs in during season 1 will automatically unlock Sojourn for free in Overwatch 2. For players who love to play DPS in OW2, Sojourn might be a good character to consider learning thanks to her damage output and mobility.

If you are familiar with Soldier 76’s playstyle then learning Sojourn should be easy, she is basically just a more mobile version with a bigger magazine capacity in her weapon.

In this guide, we will go over everything there is to learn about Sojourn the cyborg in Overwatch 2 by highlighting the characters she can easily defeat and those who can counter Sojourn with ease in OW2.

Sojourn is strong against

Echo can be an easy target while she’s flying as Sojourn’s hitscan beam counters her hard. The consistent firepower of Sojourn can easily take down the health of Echo, and she cannot stay in the air flying near Sojourn.

Sojourn can easily take down Pharah in the same way as she does with Echo. She can use her burst damage from beam hitscan to kill Pharah before letting her do anything. Moreover, try to take Pharah down while she’s still in the air before activating her Barrage.

Sojourn can burst down Kiriko using her alternative fire beam. It is important to note that to stop Kiriko from teleporting, you must inflict burst damage to finish the job, and the burst damage will kill Kiriko, and teleportation will not occur.

Sojourn is weak against (Sojourn matchups)

The battle between Widowmaker and Sojourn can go either way. However, the single headshot capability of Widowmaker is the worst enemy of Sojourn. To get rid of enemy Sojourn, place your aim perfectly on the head of Sojourn, and boom, the enemy is gone.

Winston’s bulk is challenging to overcome by the burst damage of Sojourn. If the burst is not enough to take him down, he can come on Sojourn and take the fight away from her. Moreover, Power Slide from Sojourn can be countered by Winston using his Leap ability, ensuring that the winning chances for Sojourn become negligible.

Zarya is a perfect counter to Sojourn as her bubble can absorb tons of damage from Sojourn. Moreover, Zarya uses the absorbed damage to amplify her damage to deal maximum damage to the enemies. The battle will turn in Zarya’s favor, and Sojourn’s bursting capability will play against her own.

Zarya’s Protection Barrier can provide the shield required by Sojourn to get into the battle and deal maximum damage. Moreover, Zarya’s Graviton Surge makes it easy for Sojourn to line up headshots on the enemies using Overclock.

Reinhardt Barrier Field can provide the required cover to Sojourn; you can move under the cover to burst down the enemies using your abilities and escape the problematic situation using the Power Slide.

Try to stay behind Reinhardt, as the barrier will absorb the damage, and try to align your Ultimate with Reinhardt’s Earthshatter. The combo will ensure maximum damage and kills for your team.

Sojourn can deal burst damage, but in other situations, she can be taken down quickly due to her squishy nature. It is vital to have an ally that can provide you with healing in battle.

Mercy’s Caduceus Staff can provide Sojourn with the required healing and increase her damage. Mercy abilities will surely boost the potential of Sojourn in the battle.