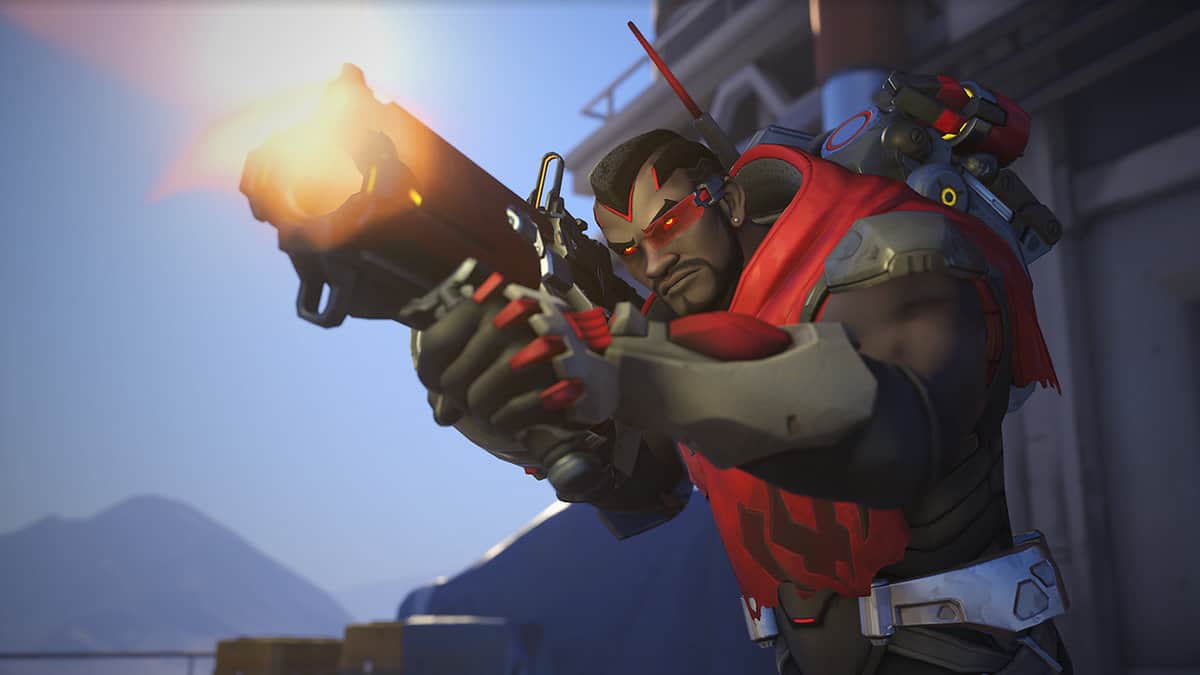 Baptiste, an orphan due to the Omnic Crisis is possibly one of the best support heroes you can pick in Overwatch 2. He is a battle medic who carries a burst fire rifle that can deal damage over range or throw out healing grenades with alt-fire. Baptiste in OW2 can not only heal other team members but can also make them immortal for a brief period to prevent them from dying.

To get you started with Baptiste and explain all the heroes you can counter as him in Overwatch 2 as well as those you should be scared of, we have crafted this detailed hero guide for Baptiste.

The following guide will tell you all there is to know about playing Baptiste in Overwatch 2.

Baptiste is strong against

Moreover, Cassidy will be an easy target if his ultimate is not providing any support to him or his allies, Baptiste ensuring the fights go in his team’s favor.

The main advantage for Baptiste against Echo is the Hitscan damage. Echo is an annoying character who is weak against the character having the Hitscan capability. So if you play Cassidy’s abilities right, Echo will not create any hindrance in your way.

Baptiste is weak against (Baptiste matchups)

Baptiste’s shots become useless against D.Va, and he cannot bring an aggresive D.Va down due to his low damage output. Moreover, if you use Immortality Field to block D.Va’s ult, the balance will favor the other team as everyone’s health will be decreased to 1, making it easy to finish the job.

Genji’s mobility is a nightmare for Baptiste, and it becomes tough for him to catch Genji. Moreover, Genji can use his Deflect to get away from Baptiste’s shots and finish the job by inflicting severe damage at close range. Baptiste’s slow movement will make it hard for him to escape the scene.

Baptiste does not stand much chance against the burst damage of Hanzo, and Baptiste might be killed even before getting the opportunity to heal or use his Immortality field. All Hanzo needs is to be at the right range and do the deed without much trouble.

Combining Immortality Field with Regenerative Burst to protect Mercy while she is reviving your downed teammate is a very viable strategy. Mercy’s damage boost can also enable Baptiste to deal massive damage with his ultimate.

Baptiste best plays with the team to maximize his abilities, such as Bionic Grenades and Immortality Field. Make sure to have Bastion on your team because Baptiste will work synergistically with him to boost his abilities.

His concussive mines and primary gain a lot from Amp Matrix. Hence, Junkrat will inflict tremendous damage. Also, the Immortality Field can protect Junkrat while using his Rip-Tire.