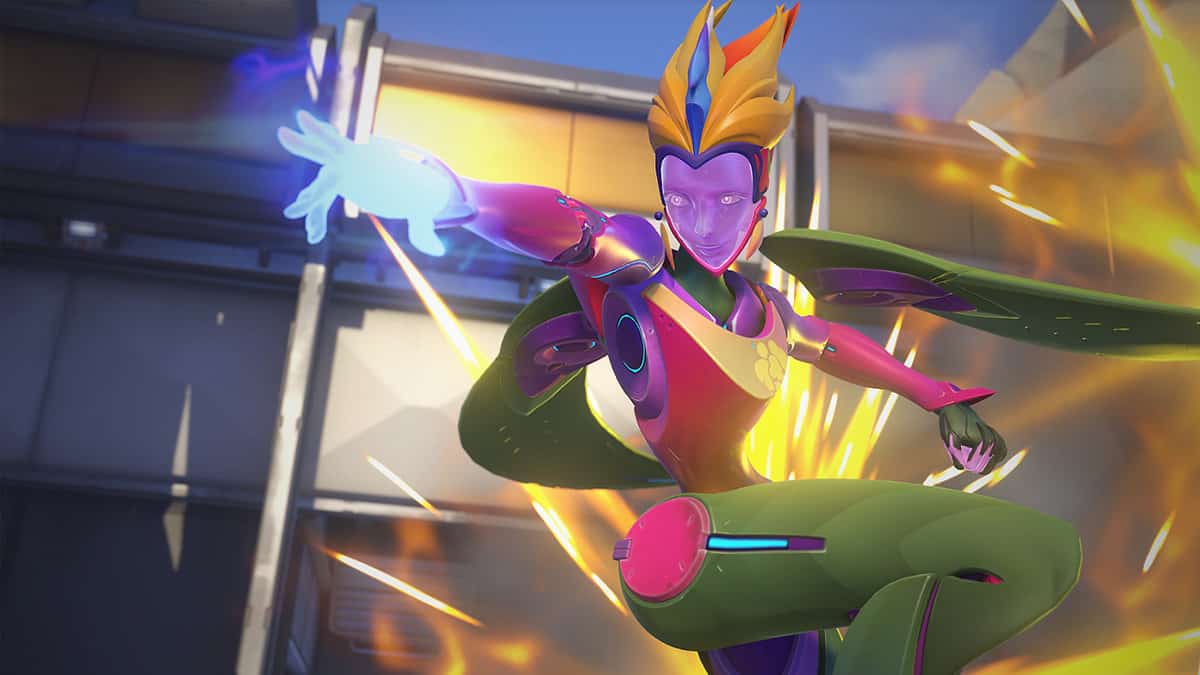 Echo is an offensive, DPS hero in Overwatch 2. She specializes not only in close range one on one combat but can also deal with multiple enemies at once with her utilities and abilities.

Not only does she possess a massive potential in dealing damage, but Echo also has good mobility with the ability to fly (‘slightly’) which allows her to flank enemies or get around obstacles.

In this guide, we’ll be looking at how to play Echo in Overwatch 2 by highlight all the characters Echo is good against as well as those who can counter Echo. We will also go over the friendly heroes who can have a great team synergy with Echo in OW2 for interesting combos.

Echo is strong against

She is the smallest tank in Overwatch 2. Using your flight ability, you can easily avoid her primary fire and will also prove to be a hard target for her secondary fire as well. Furthermore, you can easily hit her using your sticky bombs and Trishot weapon.

Zenyatta will struggle against echo due to his lack of mobility and Echos’s fast movement mechanics will enable her to easily target Zenyatta with her sticky bombs and Primary fire.

Her main weapon is a pistol which makes it harder to aim at airborne enemies like Echo.

Echo is weak against (Echo matchups)

Even though you are airborne, if you get too close to Sigma’s Primary fire range, it will be difficult for you to get out of it. Furthermore, his Accretion ability can also interrupt your focusing beam.

Her primary fire (hitscan) and abilities like Sleep Dart can pose a great threat to you unless you are quick on the ground and air etc.

Her secondary fire has a relatively long range which might prove to be a threat to you even in the air. Her slender hitbox also enables her to easily evade your primary fire and other abilities like sticky bombs.

Enemies will surely struggle against a team of tanks having high burst damage. With effective communication and teamwork, racking up kills will be much easier for both of you.

Echo’s focusing beam and Sigma’s Ultimate – Gravity flux pair really well together. You can use sticky bombs to lift up enemies and then finish off anyone who might have survived the slam by Sigma’s Gravity flux using your focusing beam. This strong combo attack can pose a great threat to your enemies.

Echo is always the main focus of enemies because of her high damage abilities. Thus, with the help of Echo’s Ultimate – Duplicate, Zarya’s Projected Barrier and her bubble proves to be a great asset. This enables you to play more aggressively than usual.

The best crosshair for Echo would be a Green Circle, preferably with accuracy off and with a center gap of 27.

This is because echo fires bluish-purple-type shots, and light colors can often blend in with the beams as well, making it hard to see the crosshair. A green color goes well in contrast with Echo’s shots, and the circle with a center gap of 27 units will easily allow you to view your weapon’s spread.