The Witcher 3: The Isle Of Mists Quest Guide 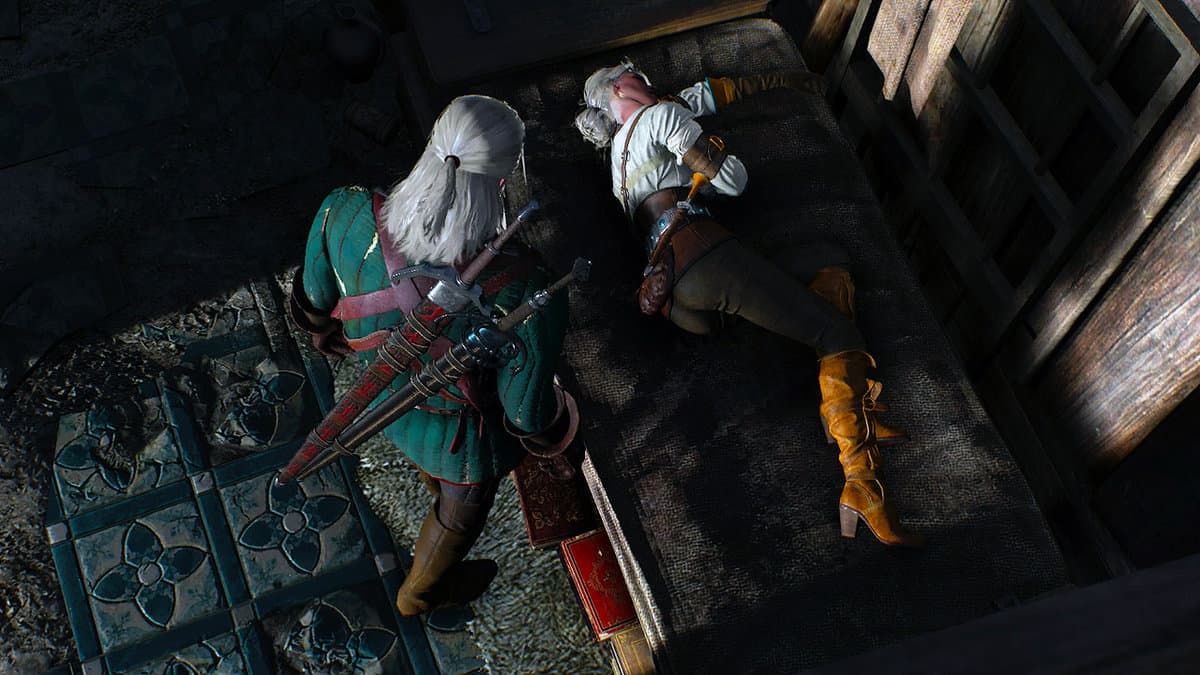 “The Isle of Mists” takes you to an enchanted island of the same name in The Witcher 3: Wild Hunt. This is where Geralt will finally be able to find Ciri after scouring the entirety of Velen, Novigrad, and Skellige in the game.

The Isle of Mists is one of the end-game quests which marks a point of no return. Doing this quest right means gathering the maximum allies for your final battle against the Wild Hunt where you need to fight off Caranthir and Eredin.

The following guide will tell you how to complete the Isle of Mists in The Witcher 3: Wild Hunt.

The Isle of Mists is located southeast of Skellige in a shroud of dense fog. You will need to take a boat from the Kaer Trolde Harbor and follow the marker on your map to reach the island.

The quest actually begins once you lift Uma’s curse by completing Ugly Baby. However, you should know that this quest is a cut-off point in the main storyline, meaning that you (and some other characters) will not be able to return until you complete the Isle of Mists.

When you are about to reach the Isle of Mists, the game will give you a warning that going any further will fail some of your previous, incomplete quests, or render them unavailable if you try to sail out from Skellige too soon.

The following quests need to be completed before reaching the island:

If any of the quests mentioned above are not finished before you start the Isle of Mists, they will all be automatically failed and heavily impact the Witcher 3 ending.

The Isle of Mists walkthrough

As he gets close to the island, Geralt will release a magic firefly into the air. He gets it from Avallach once he is restored, so you won’t have to go out of your way to find it. Following the insect will lead you directly to the island. Beware of the Ekhidna attack near the island which you can kill by using your crossbow.

While navigating to the island, make sure to avoid rocks in the water. After a little while, you will reach the Isle of Mists dock. Exit the boat and follow the insect which will lead you to a hut.

Walking to the cottage, you will be attacked by two or three Tangalores that will attack you. They are a variant of Foglets and are vulnerable to Necrophage Oil and Quen. So, it’s up to you how you want to deal with them.

Look for the Dwarves

There will be a few dwarves who have made the hut their shelter. For some reason, they won’t invite Geralt inside the cottage and shut the door on him.

They will ask you to find their three friends: Ivo, Gaspard, and Ferenc, who have gone missing. You need to do this to gain their trust.

After getting Ivo’s location, you need to head northwest of the Isle of Mists. Ivo will be found on the rocky coast of the island.

While traveling towards your destination, you will find some Harpies that will block your way. Kill them and move further north. Once close to Ivo’s location on the map, you will find him on top of a large rock taking refuge from some Bilge Hags. Dispatch them and talk to Ivo to get him to come down.

A cutscene will play where Ivo slips and falls on his neck killing himself and Geralt’s hopes of taking him back alive to the hut.

The next dwarf to find is now Ferenc. From the quest menu, select Ferenc’s objective to switch the marker. Ferenc will be found in the western forest area of the Isle of Mists.

You will now have to fight it to move forward. The best strategy would be to use Igni in combination with other attacks to whittle away at his health and he will be dead in a jiffy.

The game will now send you to the northwestern part of the island, close to where you found Ivo. Leave the forest and go for the lighthouse along the water shown on the map below.

You will encounter Foglets in the forest that will block your way. Find a way forward by circling around them or killing them if you choose.

Once at the lighthouse, use the stairs to climb up top. Gaspard will be found at the top of the lighthouse enjoying a nice nap. Ask Gaspard to wake up and come with you to the cottage.

Now you have to lead him back to the cottage where several Foglets and Harpies will attack you. The difficult part is that Gaspard randomly falls asleep due to his Narcolepsy. So you have to ensure no harm comes to him when he’s dozed off.

If you don’t stray too much, you will arrive at the cottage after about two short naps.

Return to the hut

After you escort Gaspard back to the hut and tell the dwarves about the other two, the quest will be completed. A cutscene will play during which Geralt and Ciri will finally be reunited.

You can then talk for a bit and enjoy catching up, after which the game will take you to Kaer Morhen where you will meet with Vesemir, Yennefer, and Triss and enjoy a nice family reunion.

If you managed to save Keira Metz, she will be there as well.