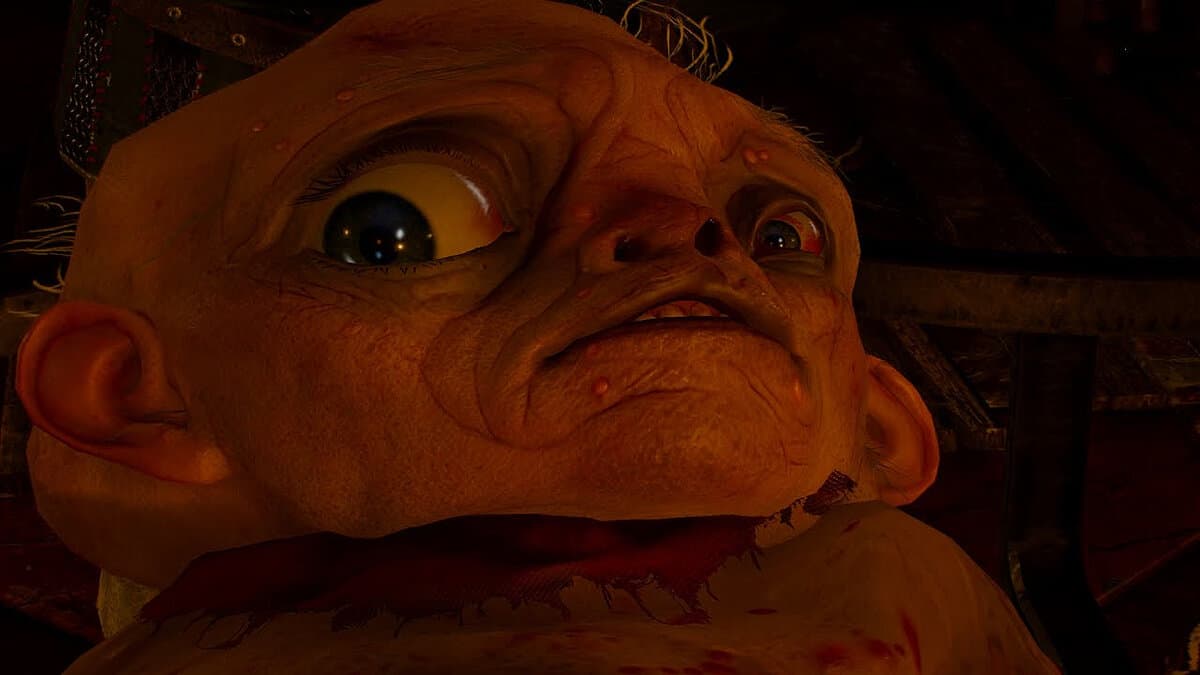 Your long journey of tracking down Ciri will finally come to an end in the Ugly Baby main quest in The Witcher 3: Wild Hunt.

It turns out that the world’s ugliest man is actually a curse that needs to be lifted. That is how you get your final clue about Ciri’s location. However, to do this, you will need to complete several sub-quests that take you across all the main regions including Kaer Morhen which you will not be able to do until this point.

The following guide will tell you how to complete Ugly Baby in The Witcher 3: Wild Hunt.

Ugly Baby is part of the main quest about searching for Ciri. So, when you are done tracking her down from Velen to Novigrad to Skellige, you will be able to automatically do Ugly Baby.

This will come right after In Ciri’s Footsteps. This will also be after you have completed Disturbance, To Bait a Forktail, The Final Trial, No Place Like Home, and Va Fail, Elaine.

Make sure to complete Disturbance as soon as possible. Also, completing Ugly Baby will automatically make The Last Wish and Following the Thread unavailable because both Yennefer and Lambert will travel to Kaer Morhen for the final battle against the Wild Hunt.

Geralt will take Uma from Ardal after persuading him for a while. He will ask you to meet the stablemaster and take Uma. Geralt will leave for Kaer Morhen with Uma, starting his journey in TW3. Some Nilfgaardian soldiers will appear on the road to Kaer Morhen, taking you and Uma to Vizima.

Geralt will meet the emperor and Yennefer there. The emperor will show displeasure toward you but will give you half the promised crowns. He agrees to pay after hearing about all the details regarding Uma.

After meeting with Emperor, Geralt will hand over a quest item, Phylactery, to Yen. He then continues his journey with Uma toward Kaer Morhen. Upon reaching, he will be greeted by Vesemir, and he will talk about the things that happened in Kaer Morhen. You can now start the three subquests in TW3 Wild Hunt by exploring the area of Kaer Morhen.

Explore the region of Kaer Morhen

You need to find Lambert present in the keep, but before doing that, meet Yennefer in the northern wing of the area. She will set up the scene in a better manner, initiating the first step for the Disturbance subquest in The Witcher 3.

If you have romanced Triss, Yeneffer will get mad at you if you ask her about the bed. She will use her magic to create a portal and then throw you into the sky. You will land in a river present on the north side of the area. You can annoy her more by talking about the view from the top.

Now you need to complete the first three subquests, starting with Disturbance. You need to help, Yennefer, find and remove the source of the disturbance. Then you must put down the forktail in the next quest, find Lambert, and move to the cave, lighting the area around the altar with torches.

Find the items in Kaer Morhen

During the subquests, you need to find items that are valuable if used within the allocated time. Start by finding Triss’ earrings, and make your way toward the northeastern fortress area. Look for a broken bed and collect it from the top of it.

It is important to give these back to Triss after the Blindingly Obvious quest, completing the task before the main story of the game ends. You also need to collect Berengar’s notes present in the middle courtyard. Locate a cell-like room in the ruins of the courtyard. Reading the notes will initiate a secondary quest called Berengar’s Blade.

Everyone will gather after you complete the first three subquests. Vesemir will ask to take Uma away for one day, trying to lift the curse. You will have the time to do fun with fellow witchers during the No Place Like Home quest.

Yennefer will tell you about the Trial of the Grasses that must be performed to lift the curse of Uma, and then she leaves you to have fun on your own.

Brew the Decoction of the Grasses

To lift the curse of Uma during Va Fail, Elaine’s quest, you must brew the Decoction of the Grasses by using Yennefer’s formula. You must brew three decoctions: Speargrass Sap, Wildrye Juice, and Mother’s Tears.

Firstly, you need to acquire the following ingredients:

Use these ingredients to create the potion that will help Yennefer to turn Uma back to normal in The Witcher 3.

Vesemir will fail to lift Uma’s curse, and you must go with Yennefer’s plan. She will use the Decoction of the Grasses you brewed to lift the curse during the final subquest.

The curse will be lifted, and Uma will reveal his true self as Avallac’h. He will go on to provide you with information on how to find Ciri in the world of The Witcher 3.