How To Defeat Fiend In The Witcher 3 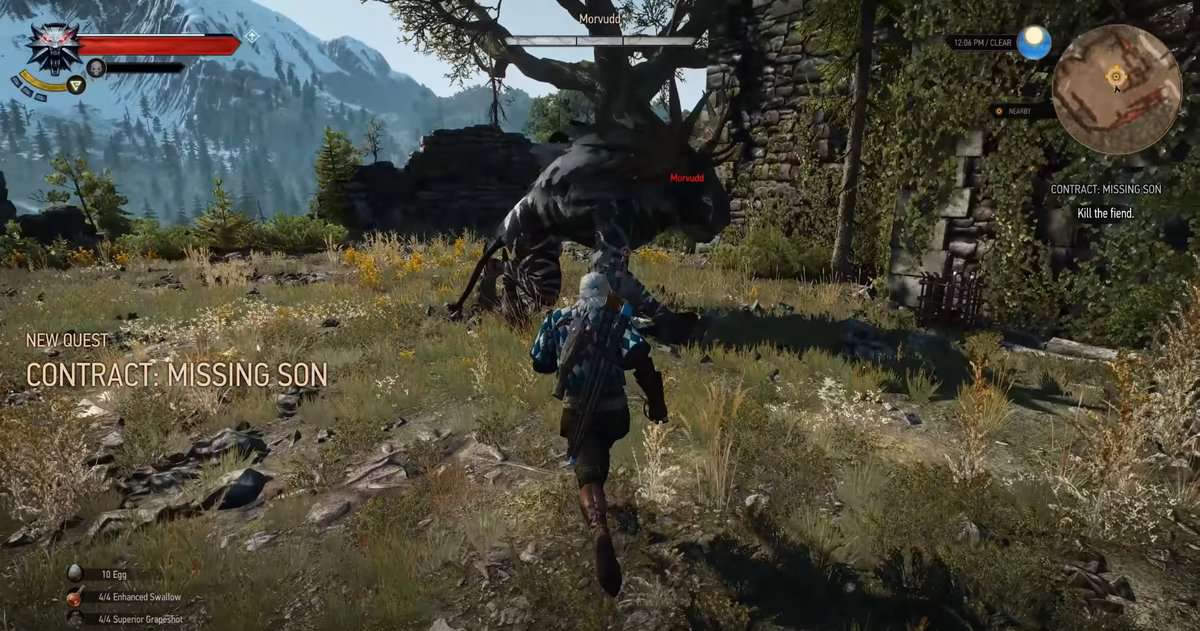 Fiends are among the toughest enemies that Geralt will come across in the world of The Witcher 3. These creatures possess incredible speed, strength, and a single-minded desire to kill. Fiends fight in a ferocious manner and can be quite a lot to deal with if you come across them in TW3.

Without further ado, let’s take a look at one of the deadliest enemies in the game, and how you can defeat fiends in The Witcher 3 Wild Hunt.

Where to find fiends

The best location where you can find Fiends in The Witcher 3 Wild Hunt is south of Crookback Bog. They like to live in thick forests, bogs, and areas close to the swamps.

Players will encounter fiends at numerous locations in TW3 Wild Hunt but the most notable and challenging one is during Contract: Missing Son. While completing the contract, players will have to fight a named fiend, Morvudd, as part of the quest.

Fiends usually try to stay away from humans, but when they get into a fight, they can take you out in no time. Let’s discuss strategies you can follow to take out Fiend in TW3 Wild Hunt.

How to defeat Fiend

A Fiend is a dangerous enemy that uses brute force to deal with its opponents and has a trick hidden up its sleeve. This is the third eye that the Fiend possesses, which it can use to hypnotize its enemies. Once hypnotized, it is especially tough to escape it unscathed effectively.

There is not a wide range of attacks that the Fiend utilizes to deal damage to the Witcher. They can all deal a lot of damage if you fail to dodge or evade them on time.

At close range, the Fiend will use its claws to attack Geralt, whereas, at long range, it will similarly charge toward Geralt to a bull. You can either choose to roll out of the way or use Quen, which will nullify this attack’s damage.

Starting off, the general strategy to defeat a fiend in The Witcher 3 is by engaging in combat against it while remaining on horseback. This will make you a lot harder to hit while also allowing you to deal a huge amount of damage to the Fiend.

Once you’ve dismounted, the battle will become especially tough since you must keep track of two of its attacks so you can dodge them effectively. The first attack players should keep track of is its ability to hypnotize Geralt through his third eye. Before the Fiend uses this attack, you’ll notice the ground shaking while it remains motionless.

Suppose you notice the Fiend attempting to hypnotize you. In that case, it is your cue to either create as much distance between yourself and it or to interrupt this attack by stunning it.

To interrupt this, a well-timed Samum bomb can permanently disable the Fiend’s third eye. If you fail to do this, you can try dodging either to the side or behind the Fiend, since for the Fiend’s hypnotize attack to work, Geralt must be in the direct line of sight of its third eye.

If you fail to do either, Geralt will get hypnotized by its third eye, during which the screen will turn dark. While you’re hypnotized, make sure to dodge as much as possible to avoid getting hit by its attacks.

Abilities to use in the fight against Fiend

If you’re unsure of your ability to remain unscathed when hypnotized, you should try drinking the Enhanced Cat or Superior Cat potion since it’ll make Geralt invulnerable to this attack.

The Fiend is not particularly weak against fire attacks; however, the fire stream of Igni can inflict fire damage upon it. Another pyromaniac damage-dealing option is to use the Dancing Star bomb at it.

The next attack from the Fiend that players must remain especially cautious of is a one-shot attack that will kill Geralt if it connects. There is no strategy to prevent this attack except for rolling away when the attack Fiend starts this attack.

As for dealing damage to the Fiend in TW3, you can deal extra damage to it by coating your silver sword with Relict Oil. Additionally, keep your inventory full of Devil’s Puffball Bomb and Samum Bombs since they will allow you to halt its regeneration and blind it amidst combat.

Apart from that, the special signs you should keep in mind when dealing with the Fiends in TW3 are Igni, Yrden and Axii.

As discussed above, Igni will help Geralt burn the Fiend, allowing him to deal an additional amount of damage to the monster. Yrden can slow the beast down, which is especially helpful if you want to keep it inside the Devil’s Puffball for a longer amount of time.

As for Axii, this is an effective sign that can be used while the Fiend attempts to use its third eye to hypnotize you. Using this sign will stun the Fiend, opening a window for the players to deal a high amount of damage to the monster.

You will get the following rewards for defeating Fiends in The Witcher 3.