The Witcher 3: An Eye For An Eye Quest Guide 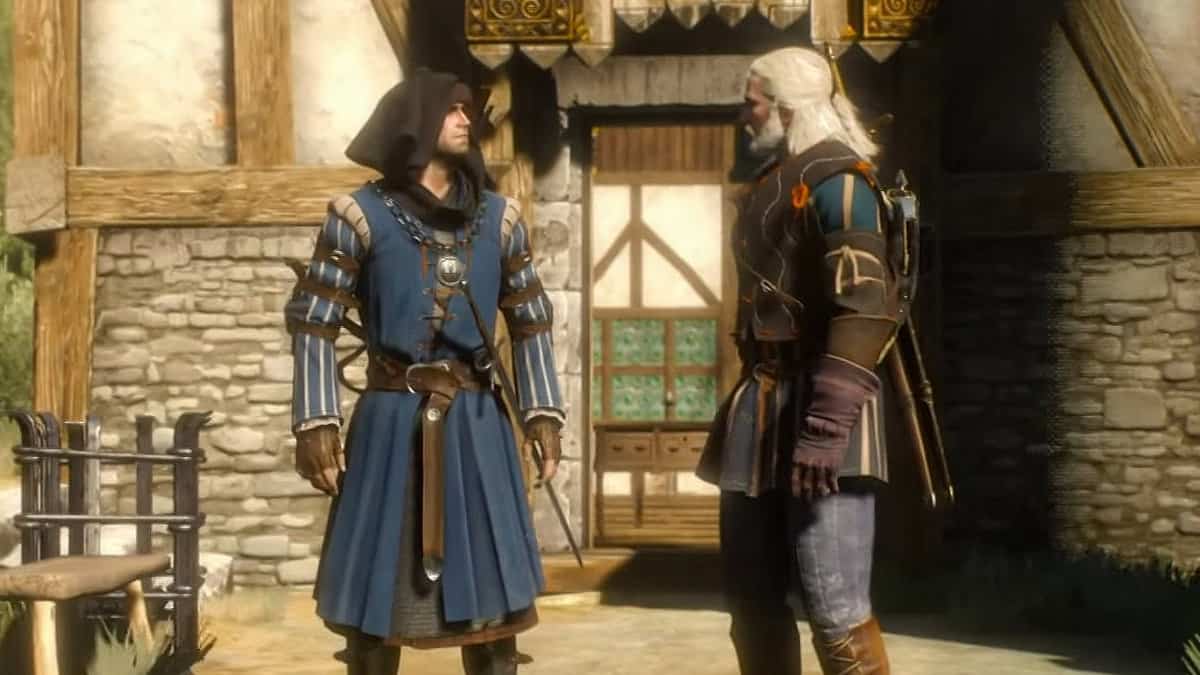 “An Eye for an Eye” is the third, secondary quest in the Assassins’ questline in The Witcher 3: Wild Hunt. Completing all three quests will lead you to “Reason of State”, an important quest that impacts the ending of the game.

You should know beforehand that making the wrong choices in An Eye for an Eye will permanently lock out Reason of State. Secondly, if you do get to Reason of State, your decisions from before will determine the type of ending you unlock after beating the main storyline.

An Eye for an Eye takes place in the Novigrad region and involves Ves and Vernon Roche, two returning characters from The Witcher 2: Assassins of Kings.

Geralt will learn about a disagreement between them, after which Ves has gone out to fight off Nilfgaardian soldiers on her own. You will need to save her before she gets killed.

The following guide will tell you how to complete the An Eye for an Eye quest and which choices and decisions to make along the way in The Witcher 3: Wild Hunt.

The quest is started after meeting Radovid at the chess club during the “Get Junior” main quest. Once you learn about Whoreson Junior’s location, you will then need to meet Roche back at his hideout on the northeast side of Oxenfurt.

Make your way to the Temerian Partisan hideout to meet him. He will explain that Ves has disobeyed him and went on her own to attack the Nilfgaardians. He asks Geralt for assistance and the two then go to save Ves.

An Eye for an Eye walkthrough

Meet up with Vernon Roche

You will meet Vernon at the start of the quest and learn about the troubles between him and Ves. Vernon will explain how Ves did not listen to his orders and went ahead with some soldiers to take on Nilfgaardians soldiers, helping the villagers.

Roche explains that Ves disobeyed his orders of staying at the hideout and went rogue. And by doing so, she is now at risk of being killed by the Nilfgaardians. He asks you to help his soldiers and Ves against the Nilfgaardians.

You must accept to offer him help and go straight with him or team up with him later at the site of Hanged Man’s Tree located in the Velen region. To save time, it is better to just go with him.

When you arrive, Geralt will have a short conversation with Roche. Soon after, Ves will command her team to attack the Nilfagaardians soldier at the village and the battle begins.

Ves’ health bar will appear on the screen and you have to rescue her before it depletes. You need to get close to Ves and engage the enemies yourself providing her cover.

The Nilfgaardians are not very tough enemies but you cannot leave Ves alone in the fight. There isn’t much of a strategy required to defeat them, just ensure that you don’t get hit and do all of the hittings.

If you do not, they will gang up on her and attack her repeatedly, whittling away at her health bar. Start by eliminating the enemies near Ves and then move outwards, taking care of the rest of the soldiers.

There should be about a dozen enemies in total so they should go down in a few minutes. Of course, Roche will lend a hand as well so you will have some help.

Decide the fate of the Nilfgaardian soldier

Roche will start arguing with Ves right after the fight is over. They will exchange heated words, and Roche will teach Ves how her actions showed carelessness.

As they exchange words, one Nilfgaardian soldier struggles back to life, but barely. They notice that the soldier is alive, and both Ves and Roche give opposing suggestions. Ves asks to eliminate the soldier, whereas Roche thinks letting him go is the better option.

Geralt will have to make a decision here to either kill or spare the Nilfgaardian soldier. If you decide to kill him, select “Kill him, Roche. I don’t want any trouble” and Roche will do the deed for you. Geralt explains how he occasionally works with Nilfgaard and that leaving a witness of today’s massacre could create trouble for him.

On the other hand, if you select “Hard to Argue With That”, then the life of the soldier will be spared, making Ves angry. However, there are no consequences for any of the decisions made at this point and you can conduct business with the Nilfgaardians in the game normally. So do you as you see fit.

After deciding the soldier’s fate, Roche will give his thanks to you for helping him, bringing the quest to an end. As a way to return the favor, you can call upon the two of them during the battle of Kaer Morhen at the end of the main storyline where you and your allies go up against the Wild Hunt.