How To Defeat Eredin In The Witcher 3 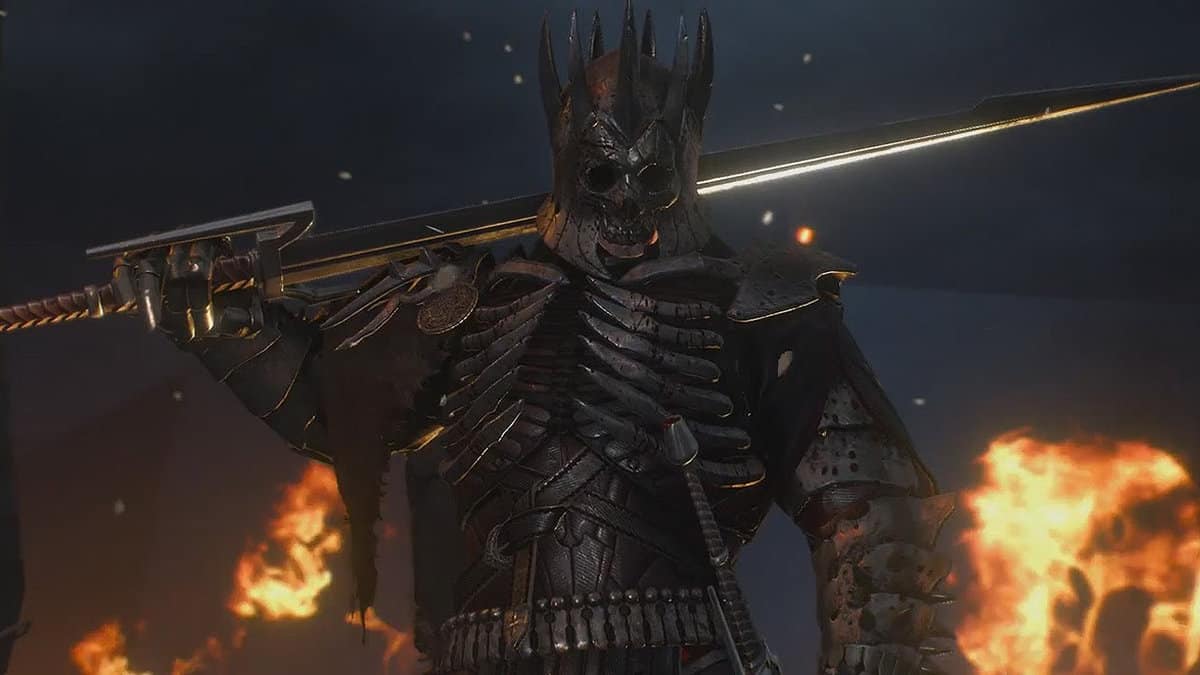 Eredin is the commander of the Wild Hunt and possibly one of the most powerful enemies Geralt has ever faced in his life.

Eredin is the final boss of the main Witcher 3 storyline. Geralt must defeat him to save Ciri whose Elder Blood brought the Wild Hunt to their world in the first place.

Known widely for his ruthlessness and mercilessness, Eredin is a highly skilled swordsman with magical abilities.

He and his two generals Imlerith and Caranthir have been raiding worlds for hundreds of years. Suffice to say, taking down Eredin is not going to be easy.

The following guide will point out his weaknesses and attack patterns to help you defeat Eredin in the final fight of The Witcher 3: Wild Hunt.

You will face Eredin at the end of the main quest, On Thin Ice. Once you have defeated Caranthir in Undvik, Skellige, Eredin will take matters into his own hands by taking you on himself. The entire quest is more or less on rails, so you will not have to go out of your way to find him.

There are various stages to the fight, the final of which will be on the Naglfar, the demonic elven ship of Eredin.

Being a king by all rights, Eredin has only a few, minor weaknesses. Firstly, use your silver sword against him. The steel sword will do next to nothing. Secondly, always keep your Quen shield up. Thirdly, cast your Igni sign to remove his frost armor which he gets ever time he teleports.

Eredin blocks all of your sword attacks, so you need to patiently wait for an opportunity to land a few hits before retreating to safety. Here, knowing how to dodge and roll becomes important.

You can cast Yrden to slow him down but your best bet would be throwing Samum bombs to stagger him long enough for a couple of good slashes.

Since you will only be landing a couple of hits before retreating, you need to do as much damage as possible in those few hits. Consider drinking a Thunderbolt potion to increase your attack power against Eredin.

In addition, and it goes without saying, always have a good amount of healing potions in your inventory.

The first phase of the fight starts on the fabled ship of the Wild Hunt called Naglfar. This part of the fight is pretty simple. Eredin has a few attacks that he does which can be easily dodged.

The only tricky part is when he teleports. Eredin disappears with a flash and reappears behind Geralt covered in frost armor. Use Igni on him and it will melt off slightly staggering him in the process. Use this chance to land a few blows on him and roll away because he recovers quickly.

He will then attack Geralt using a combination of three slashes. Wait till it ends and then attack him again, rolling away quickly.

When he’s not trying to slash at you, he will teleport and attack you from behind so have Igni ready and be ready to roll away. Every time he gets his frost armor up, use Igni, melt it off and attack.

If you get the timing right, you can sometimes land a hit in while he is preparing to swing his sword. But that relies heavily on your luck and your ability to get your timing right.

If you’re having trouble, use Samum on him to temporarily blind Eredin and then land a few strikes in. He recovers very quickly so be prepared to roll away or dodge.

Repeat the process until his health is about 25% of the way down. Eredin will then grab Geralt and teleport both of them to a mountaintop where Phase 2 begins.

During the second phase of the battle, Eredin will use several new attacks that he has hidden up his sleeve. He will use:

In addition to these magical attacks, Eredin will also use the attacks he had in Phase 1 of the fight. Quen becomes very useful during this phase to tank hits as it is fairly easy to make a mistake or two here. As for the magical attacks, they are fairly easy to dodge. You will have ample warning before they come at you allowing you to roll away before impact.

Eredin launches these attacks from the edges of the arena and is stationary when he does so. This means you can dodge his attacks and roll in his direction to close the distance and land a few hits in before he switches to his attacks from Phase 1.

The strategy to deal with him remains more or less the same. Dodge his attacks, both conventional and magical, and use Igni and Samum to stagger, quickly attack him and roll away before he retaliates. Repeat the process until his health drops down to a thin sliver in his health bar.

Eredin will then reopen the portal he used to get to the mountaintop and escape. He won’t take Geralt with him this time so you will have to follow him yourself. You will appear back on Naglfar and Phase 3 will begin.

Eredin’s health will be significantly low at this point and only a few hits will finish him off. He won’t use his magical spells here so the fight will more or less mirror Phase 1, except he won’t even teleport.

You just need to attack him between his attacks and his health bar will be depleted. The game then takes over and a cutscene will play in which Geralt rightly ends Eredin. With that, the fight will be over.

The only reward for beating Eredin is that the Wild Hunt will no longer be chasing Ciri, at least not any time soon. Ciri is safe and you will get to see which of the many endings you have unlocked by completing The Witcher 3.