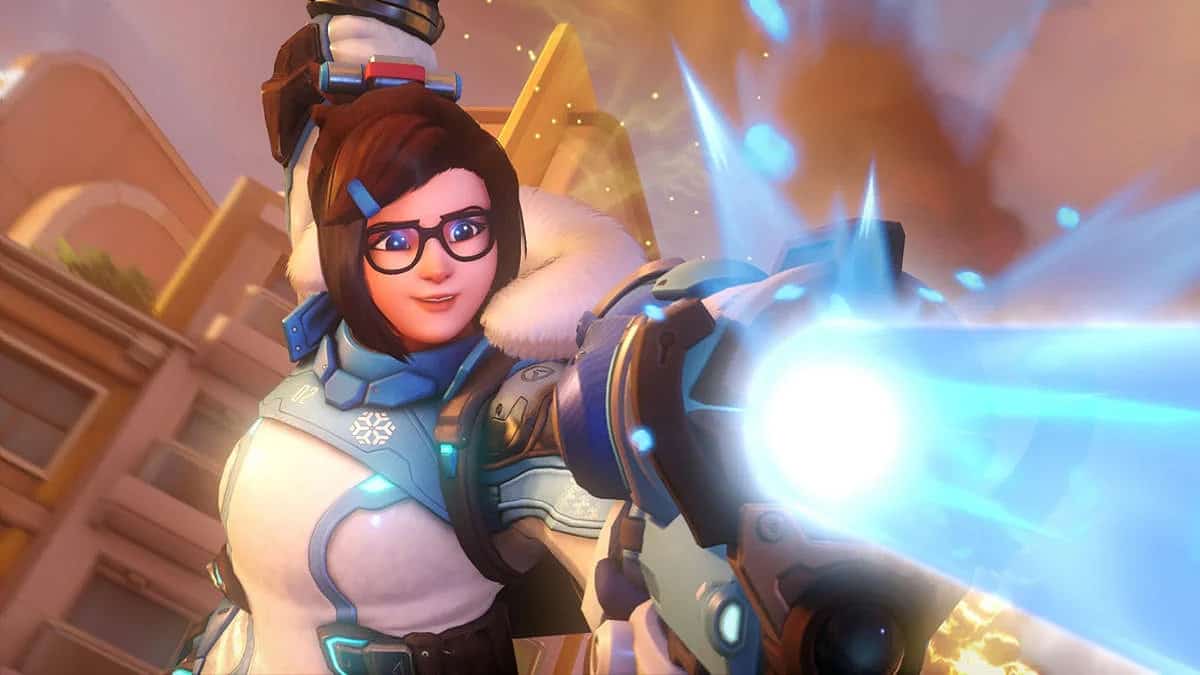 Mei is part of the Damage heroes pack in Overwatch 2 and is considered a reliable pick in this category. For the players having Mei in overwatch, she will be unlocked for them in the game’s sequel, but new players must go through the second phase of the ‘First-time User Experience’ initiative to open Mei.

Mei was initially a tank buster, but now she has gained advantages in other game areas, making her still a powerful choice for the players. Mei can bring down problematic targets whenever they appear, and she can still turn into a beast, especially on maps with crowded rooms and narrow pathways. Here’s a guide on how to play Mei in Overwatch 2.

Mei is strong against

Endothermic Blaster primary fire can slow down the movement of Junker Queen and will keep her from pushing against your team. Moreover, if Mei gets in trouble, she could use her Cryo-Freeze ability to get away from the shotgun blasts of Junker Queen.

Moreover, she could use her ultimate to slow her down even more and provide an opening for her team to take the Queen down.

Mei Ice Wall can be the game-changer when you are playing against Reinhardt. If you play the time perfectly, then Ice Wall will cancel out Reinhardt ultimate entirely and provides an opening for your team to move in and pick the kills.

Reinhardt ultimate is a vital ability, and canceling the ability entirely makes Mei a nightmare for Reinhardt players.

Torbjorn turret is very annoying when it comes to team fights as it distracts and deals damage to your allies. Mei can solve the issue by providing cover from the turret using Ice Wall, it will eliminate the damage output from the turret, and your team will be able to focus more on the suitable targets.

Removing distracting pieces from team fights ensures the highest possibility of winning crucial team fights. So Mei holds an edge over Torbjorn in the field.

Mei is weak against (Mei matchups)

Pharah is a nightmare for Mei as she can stay well out of range of Mei and still deal substantial damage to her. Moreover, the Mei Ice Wall can be burst down easily by Pharah, and she can even attack Mei over the wall due to her aerial powers.

Sombra can hack into Mei’s abilities and will leave her without using Cryo-Freeze to protect herself. Moreover, with the protection, she could be burst down easily by Sombra’s teammates. In a team fight, the Hack from Sombra will nullify the impact of Mei in the team fights.

Widowmaker can one-shot Mei even before letting her use Cryo-Freeze. The extended range capability of Widowmaker is tough to deal with in the case of Mei, and Mei cannot do much against Widowmaker if she keeps her distance from Mei.

Mei and Hanzo’s abilities complement each other. The slowdown from Mei’s ultimate can be the death of enemies when combined with the Dragonstrike of Hanzo. As enemies in the area of effect would be slow, it will become easy for Hanzo to take them down with his high damage output.

Reaper can finish the enemies with his burst damage. Mei’s slows can reduce the mobility of her enemies, providing Reaper with an opportunity to use Death Blossom and The Reaping to inflict severe injury. Reaper’s excellent damage output makes him a great pair with Mei.

The one-shot ability of Widowmaker could prove to be the right tool required to match up with the slows and stuns from Mei ultimate. Widowmakers could take the targets down more efficiently by having a higher accuracy on headshots due to the slow effect on the enemies. The slow will reduce enemies’ mobility, and some might be sitting ducks for Widowmaker.