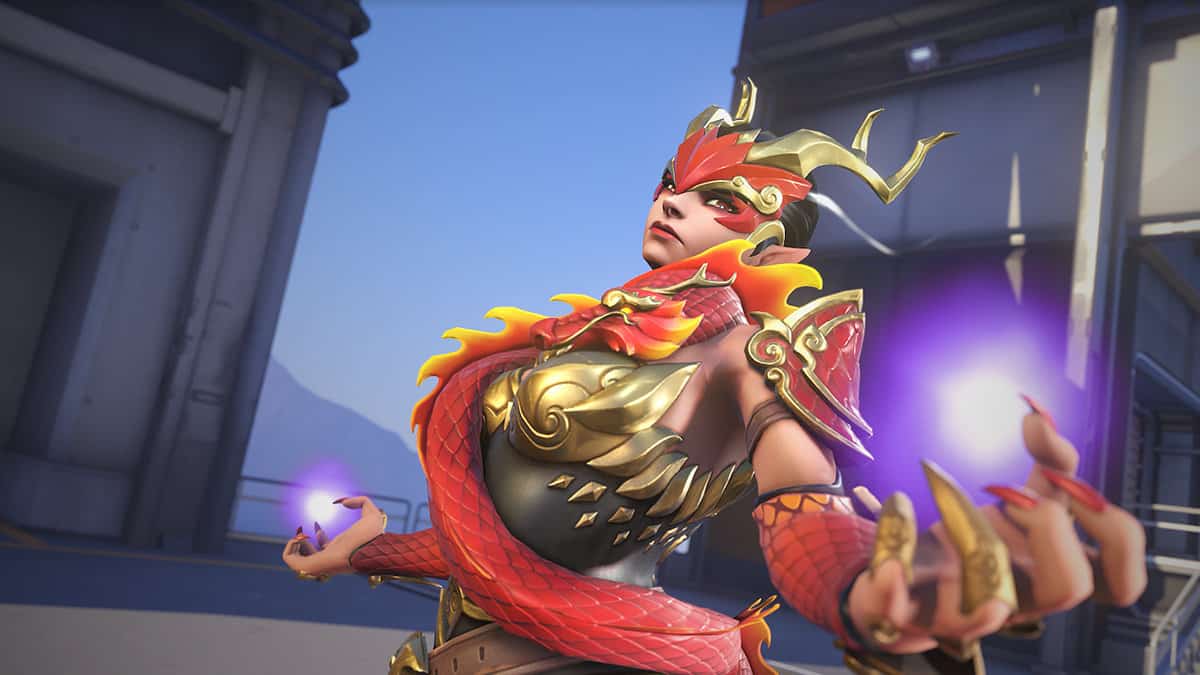 Sombra is a somewhat unique character in Overwatch 2. She is bit harder to play damage hero who can hack the enemies which disables their abilities. She also has an ability that lets her turn invisible, allowing her to flank easily and strike when the enemy is the most vulnerable. Overall, your goal as Sombra is to cause as much annoyance for your enemy as possible.

Sombra is strong against

Sombra hack can leave D.Va without any access to movements or abilities. D.Va will be an easy target to take down when your team comes for backup.

The advantage over D.Va means that Sombra will create a perfect opening for your team against champions like D.Va.

Wrecking ball is annoying when he turns into a speedy ball, but Sombra can hack his abilities and turn him into a slow, vulnerable target. Sombra can take him down along with her team within no time.

Sombra can leave Zarya without any offensive or defensive abilities by hacking. Zarya will not be able to use the Protection barrier, and without the bubble, she is easy to take down. Moreover, if Zarya is down, the enemy team will be open to severe damage.

Sombra is weak against (Sombra matchups)

Sombra is pretty weak against Hanzo; his attacks can deal burst damage, killing her without allowing her to use Translocate safely. Moreover, Hanzo’s Sonic Arrow reveals her location even when using Stealth, making her an easy target for his team.

Sombra cannot flank Junkrat easily if he uses his Steel Trap perfectly. Moreover, Junkrat only requires one or two grenades to put an end to Sombra, and if she’s trapped in the Mine at close range, then she will have no place to run.

The one-shot kill ability of Widowmaker makes her a powerful enemy of Sombra. If Sombra’s location is revealed, Widowmaker can easily take her down, putting pressure on the Sombra team.

Sombra and Winston working together can be a nightmare for the enemies. Sombra hack will leave the enemies without abilities, and Winston can follow it up by using Jump Pack.

Winston’s Tesla Cannon, along with Sombra’s Machine Pistol, will be the end of the enemy in front.

Tracer mobility makes her a fantastic pair with Sombra. Sombra’s Hack leaves the enemies vulnerable, and Tracer can use her Blink to get in position to farm on the hacked enemies.

Brigitte allows Sombra to flank the enemies and get the kills. Brigitte is strong support and does not require much protection, providing Sombra with the option to use Stealth and inflict severe damage on the enemies.