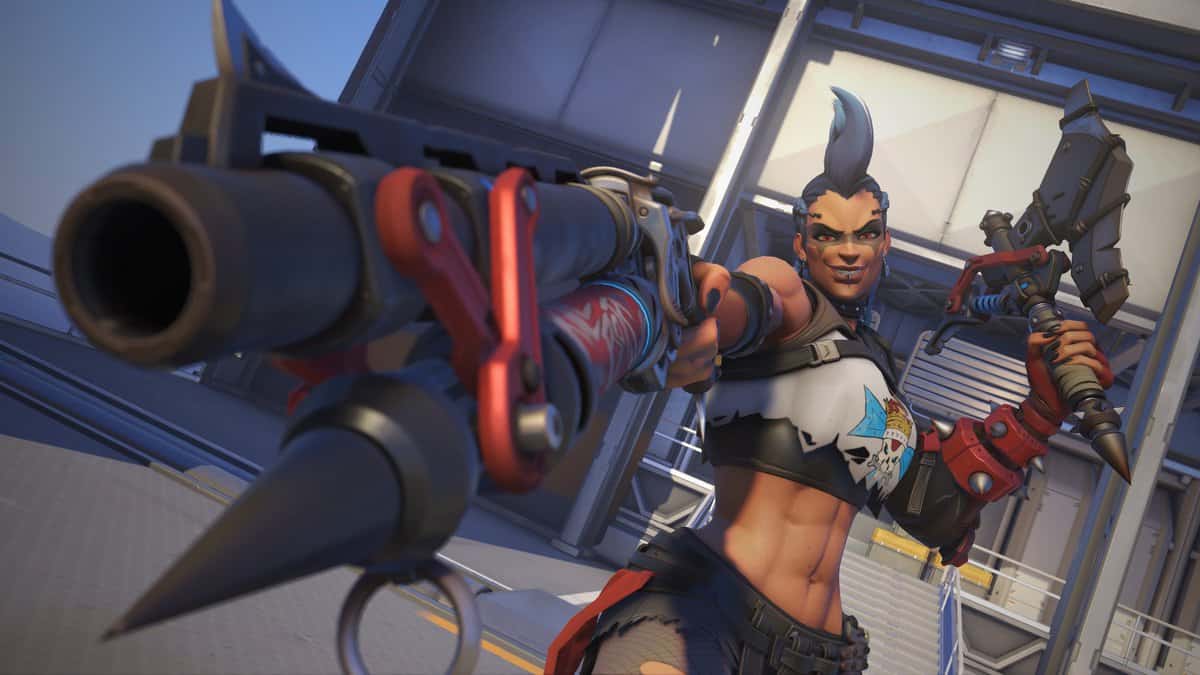 Junker Queen is one of the new heroes added in the first season of Overwatch 2. She is designed as a tank-damage hybrid with a fairly unique but devastating kit of abilities. If you have been following the lore of the first game, you will have heard about the Junker Queen. She is a feared ruler of Junker Town and has finally decided to make her presence known in Overwatch 2.

In this guide, we will explain how you can make the best out of a losing situation by relying on Junker Queen in OW2. We will go over all the heroes Junker Queen is strong against and teammates who have a good synergy with her. We will also discuss the character who can easily counter Junker Queen in Overwatch 2.

Junker Queen is strong against

Junker Queen’s ultimate is very strong against Ana and renders her from healing any of her allies. Junker Queen is also the perfect tank to go up against Ana.

Just like with Ana, Junker Queen can use her ultimate against Zenyatta to prevent her from healing her teammates.

Orisa is also a tank just like Junker Queen. However, Orisa is extremely durable which makes her a good hero to play against Junker Queen.

Pharah’s ability to stay in the air makes it difficult for Junker Queen to attack her. Pharah has both short-range and long-range attacks which makes Pharah a really good match against Junker Queen.

Bastion in tank mode can use the firepower to attack Junker Queen and prevent her from healing herself.

Junker Queen feels much better to play when you have Lucio on your team. His mobility buffs can stack with hers to have your teammates flying around the arena.

Pairing Brigitte with the Junker Queen means getting two tanks as well as damage dealers. The combo also gives you plenty of options to be aggressive.