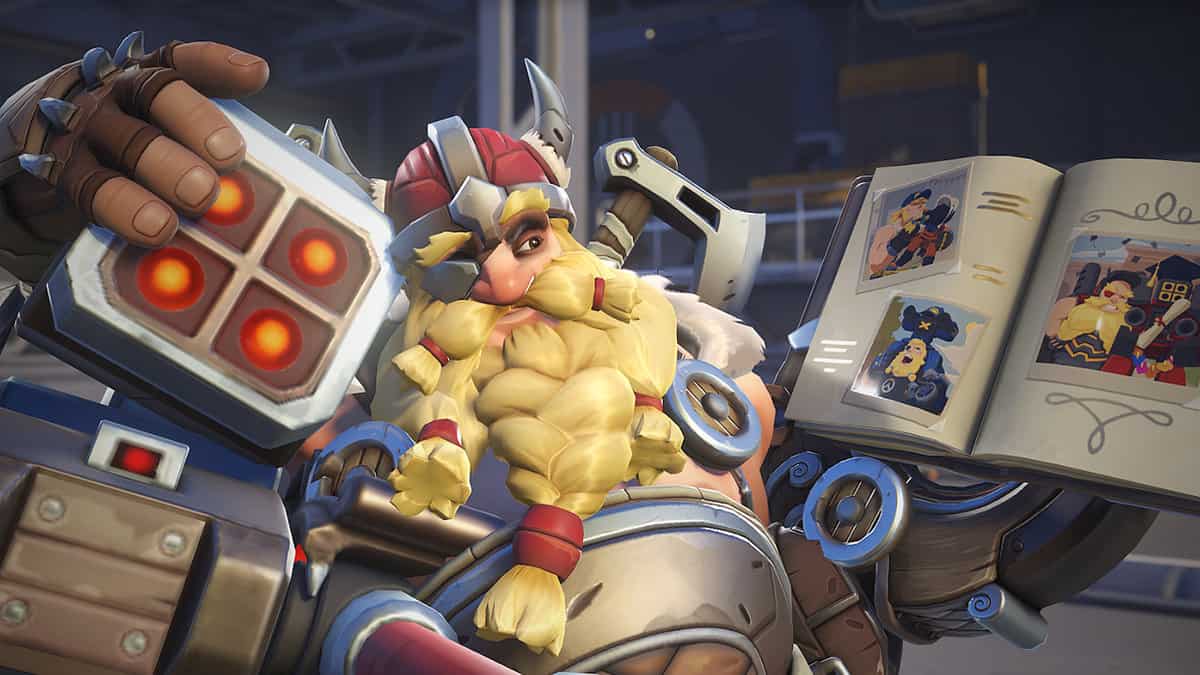 Torbjörn is a damage hero in overwatch2 and belongs to the old pack of Overwatch characters and will be available to pick as you start your Overwatch 2 journey. The flexibility in Torbjorn’s abilities and playstyle make him a nightmare for the enemies’ DPS, and you can bring them down by moving cleverly. He is also the perfect hero to lock down an entire area.

Torbjörn is strong against

Doomfist owing to his great mobility and flanking capability proves to be a dangerous Overwatch character. However, Torbjörn, with his Deploy Turret ability can nullify this threat thanks to the turret’s flank-detecting capability.

Doomfist has a range disadvantage that forces him to take additional damage while taking out the turret. Torbjörn can also easily take out Doomfist’s The Best Defense shield using his Rivet Gun and tank a Rock punch shot.

Since Winston’s job is to takeout out the enemy rearguard, playing Torbjörn is a direct answer to the problem.

Torbjörn can still support allies from the back with his ranged attacks from the Rivet Gun and Deployed Turret.

Torbjörn also holds an advantage over Winston’s abilities. The Tesla Canon fails to do significant damage to Torbjörn and his Deploy Turret, making this a mismatch.

Torbjörn can also use his Overload ability to penetrate the Barrier Projector ability and sometimes even take out Winston himself.

Brigitte is the perfect support unit, rallying the team together with her abilities, however, all these abilities are countered by Torbjörn.

Torbjörn can use the Rivet Gun to shred any targets receiving heal support from the Inspire ability, Next, Brigitte’s Barrier Shield can be broken through using Overload while using the Molten Core ultimate can nullify the Rally ability as lava chips through on armor with quick speed.

Torbjörn is weak against (Torbjorn matchups)

Pharah has a significant number of advantages over Torbjörn. The Deploy Turrent is effectively useless against Pharah who can take it out easily using his Rocket Launcher, and considering the turret’s limited range, he may even do so without a single scratch.

Pharah can also nullify Torbjörn’s strengths by breaking through choke points, destroying through the Overload Armour using Rocket Launcher shots, and avoiding Molten Core by remaining in the air.

Zenyatta is a rearguard healer who has little threat posed by Torbjörn who isn’t classed as a flanker.

The Orb of Destruction and Orb Volley abilities deal significant damage to both Torbjörn and his turret while Transcendence can nullify the Molten Core ultimate.

The Widow’s Kiss nullifies the effectiveness of Torbjörn and his turret by its extensive range.

While the Grappling Hook strips Torbjörn of his position advantage, allowing her to eliminate him easily whilst he is distracted with other units.

Pairing up Torbjörn with Reinhart allows him to deal high damage at the frontline protected behind the Barrier Field ability.

While the ability can also protect his turret when Torbjörn plays rearguard. Players can also aid Reinhart by using the Molten Core ultimate if he is swarmed by enemies.

Zenyatta who is the rearguard support hero is susceptible to flank attacks, so pairing him up with Torbjörn and his turret is the best bet.

Incoming flankers are also kept at bay by Torbjörn with Overload and the Rivet Gun.

It is recommended to use a green Circle Dot crosshair. The dot will help you fire your primary fire; the secondary fire can be managed using the larger circle.

Moreover, color contrast is crucial, so we decided to go with Green for better visibility on the map.