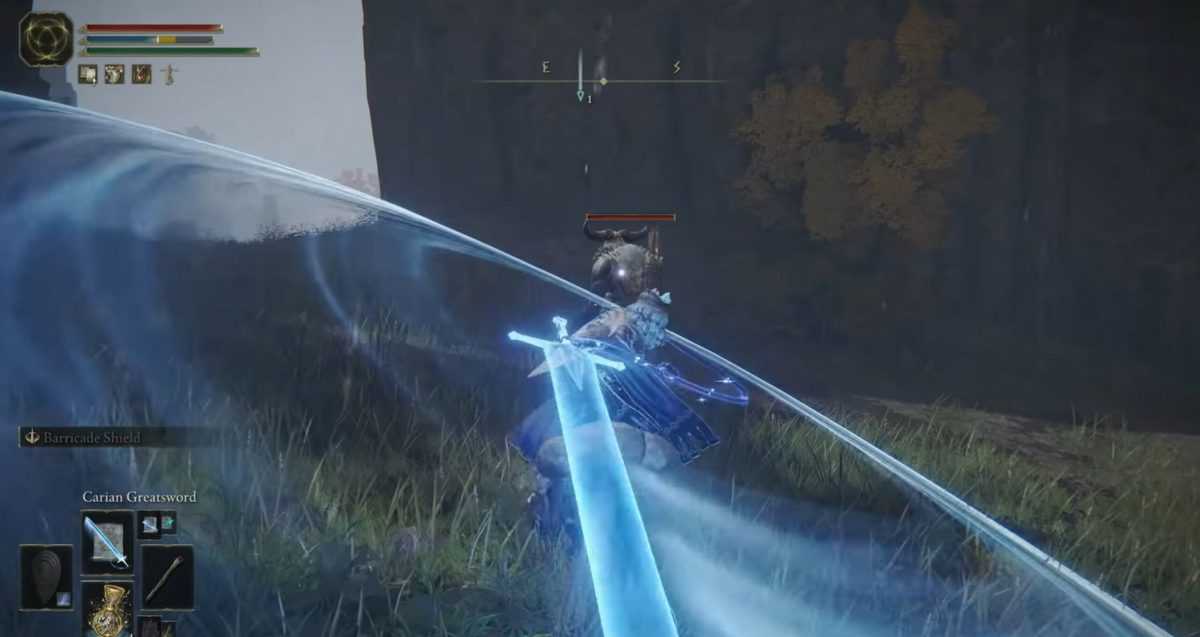 Below we have listed some great Intelligence Builds for you to choose in Elden Ring.

For the Sorcerer Intelligence Build, you’ll be investing your initial points into Intelligence and Dexterity while slightly increasing Endurance and Vigor as well. In the end, invest the remaining points into Strength and Mind.

For the Mage Knight Intelligence Build, you start off by putting points into Intelligence and Dexterity, then distributing the rest of the points in the other slots.

For the Sorcerer Intelligence Build, you will be able to do constant damage to enemies by using the Meteorite Staff or Carian Glintstone staff.

Meteorite Staff is a Glintstone Staff in itself and primarily focuses on Intelligence. This weapon can boost gravity-type Sorceries, making it a must-have weapon in your inventory.

Alternatively, you can use another Glintstone Staff, I.e., the Carian Glintstone Staff. This weapon primarily focuses on both strength and Intelligence, making it an amazing addition to the Sorcerer build.

If you ever run out of Focus points, Keen Rapier will be your option since it is fast and agile; you will deal a lot of damage with high mobility.

For the Mage Knight Intelligence Build, again, you can use the Meteorite Staff. However, as an alternate weapon, your first pick should be the Moonveil Katana.

The Moonveil Katana is a really handy weapon in this build as its skill affects the enemy with magic debuff. It also scales greatly with Intelligence and Mind stats which we have invested in heavily for this build.

Its Special Attack is Transient Moonlight which casts a wave of light dealing a lot of damage. It is effective against mid to close-range enemies.

The best way to utilize this build is to save FP and magic attacks for high-level enemies and just use the Moonveil Katana’s melee attacks to clear out low-level enemies. Even if you run out of flasks and focus points, you can still deal damage with Moonveil Katana by using the Dex scaling.

For the Sorcerer Intelligence Build, the Carian Knight Armor set is great for protection against less strong enemies, and this armor set also has great buff resistance, which will help you last longer on the battlefield.

Additionally, you can use the Spellblade Armor Set. This set provides an increase in the damage of Magic and Cold.

For the Mage Knight Intelligence Build, you’ll be using the same Armor sets, the Carian Knight Armor set or the Spellblade Armor Set

To increase your protection a bit more for both builds, you can use the Carian magic shield or Barricade shield with the Barricade Ash of War which reduces the damage you take.

The Rock Sling is a great spell that can kill weaker enemies in one hit. As a fill-in, you can use the Comet Azur spell, which is probably one of the best spells in the game. It deals a lot of damage and can 1 shot anyone if you utilize it correctly.

Lastly, you have two more options: either use Starlight or Swift Glintstone Shard. Both spells are extremely useful.

Considering how Starlight is used for creating a ball of light that brightens up dark places, helping you see in an area without any source of light, while the Starlight or Swift Glintstone Shard shoots a projectile at the target to deal quick damage.

For both the Sorcerer Intelligence Build, it’s recommended to use the Graven-School Talisman and the Blessed Dew Talisman to boost sorceries in potency and slowly restore your HP over time.

For the Mage Knight Intelligence Build, we have suggested that you use the Radagon’s Icon & Green Turtle Talisman with the Mage Knight Build as the former reduces spell casting time, and the latter helps you recover your stamina quicker