The Moonveil Katana is one of the many incredibly unique weapons in Elden Ring. It is a powerful weapon for dealing Pierce and Slash damage. The Katana’s stats scale with Intelligence, Strength, and Dexterity. This guide will explain where to find Moonveil Katana in Elden Ring and go over the Transient Moonlight skill it offers. 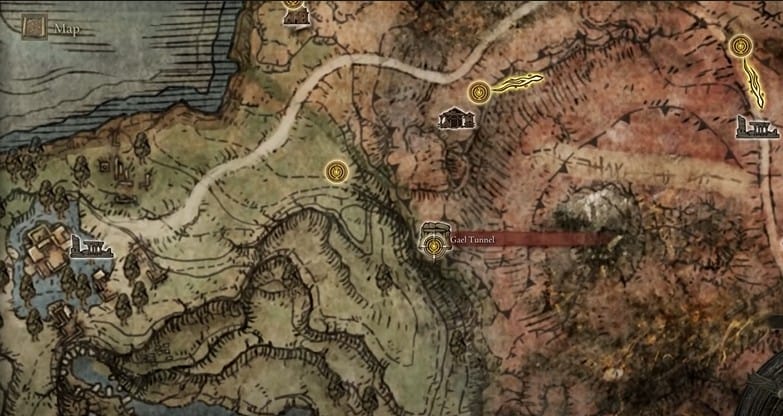 When you arrive at Gael Tunnel, enter and kill the first two guards. Then descend the platforms to a Sight of Grace which can be used as a quick travel and rest stop.

Head farther into the tunnel to access the boss area to find the Magma Wyrm. If you are a low-level player, the boss fight may be difficult. When not fighting him, be mobile and use the many obstructions in the boss fight arena as protection against Magma Wyrm’s attacks.

After defeating Magma Wyrm, you will receive the Moonveil Katana, as well as 7500 Runes and a Dragon Heart.

Transient Moonlight comes with the Moonveil Katana, which engulfs the weapon and allows you to execute one of two deadly assaults. Use a light attack to conduct a parallel slash that makes a lethal magic missile or a strong attack to do a descending slash that creates a comparable ranged magic bomb.

Blood loss buildup is Moonveil Katana’s secondary effect. This effect, like the Uchigatana, increases gradually to do significant damage to foes and bosses.

If you have the stats to wield the Moonveil Katana, you can defeat some of the game’s most difficult bosses.

Take note that the Moonveil Katana has been nerfed in the game. That being said, it is still one of the most popular and strongest weapons in Elden Ring.

You’ll need 12 Strengths, 18 Dexterity, and 23 Intelligence to equip the Moonveil. You’ll need to invest a few upgrade points in Intelligence and Dexterity to get the most out of this weapon. However, the weapon’s Ash of War will deal the bulk of your damage. You’ll want to improve one or both stats so you aren’t utterly helpless if you exhaust all your Focus Points.

It mostly scales damage using a C score for Intelligence and a D ranking for Dexterity. Transient Moonlight, a weapon skill, is also quite spectacular.

The weapon level of the Moonveil is the most crucial feature because it determines how much destruction its Ash of War ability delivers. Somber Smithing Stones can be used to enhance the Moonveil.