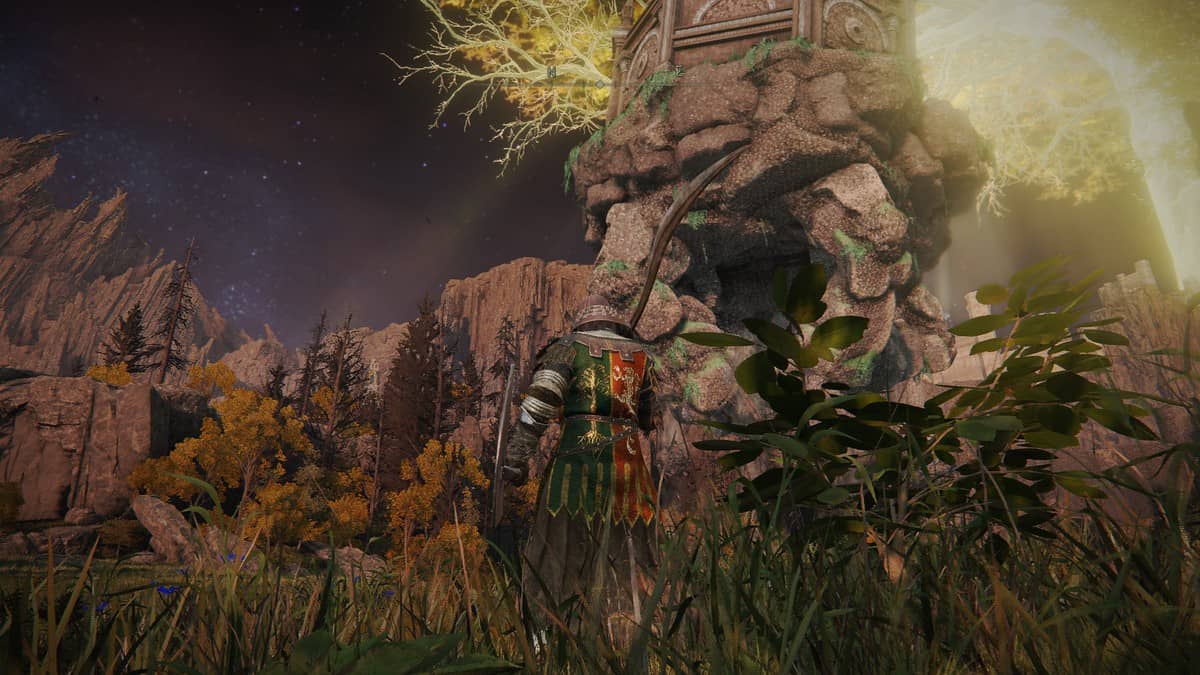 The Ainsel River has a cave system that stretches quite a bit. There is lots of stuff that can be discovered there. This guide will explain where to find Ainsel River in Elden Ring and a complete walkthrough of the area as well.

In the Ainsel River area, there are no NPCs. However, you can find the Hermit Merchant inside a ruin in south-western Ainsel River. He will be sitting near a campfire there.

There is only a single Field Boss in this area, ‘Dragonkin Soldier of Nokstella’. It is also the main boss of this area, which we have discussed below.

Finding the Ainsel River may be a bit tricky compared to regions like Limgrave and Liurnia of the Lakes. The Ainsel River can be accessed from two different areas.

Ainsel River Main, the northern part of Ainsel River, can be accessed by going to Renna’s gate after you hand over the Fingerslayer Blade to Ranni.

How to Reach Ainsel River Well

The Ainsel River Well can be reached by heading to the following map location in Liurnia of the Lakes. 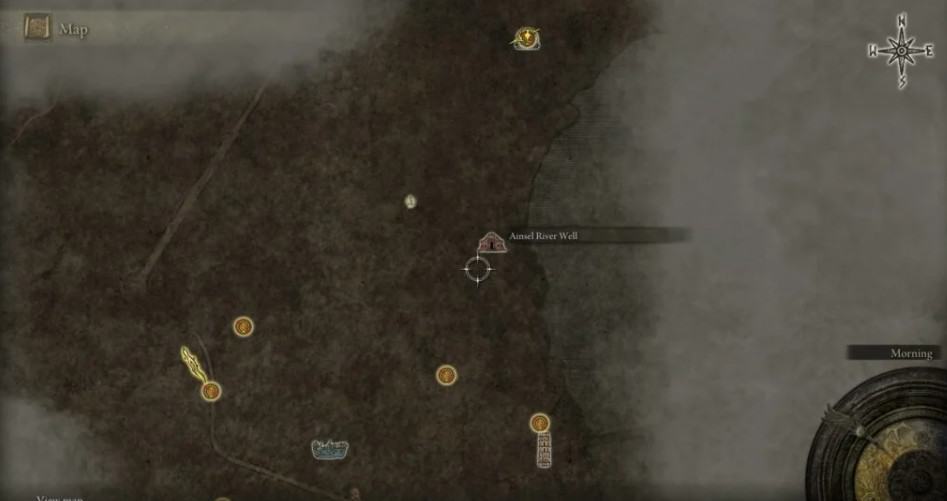 At this map location, the Ainsel River Well is located, and from there, you can discover the southern part of Ainsel by utilizing the elevator at the well.

The Ainsel Region has quite a few sub-regions, including Ainsel River Main, Uhl Palace Ruins, and Nokstella, Eternal City. Below we have listed how to reach all the different regions of Ainsel River in Elden Ring.

To access the Ainsel River Main region, which is the northern part of the Ainsel River, head to Renna’s Rise and use the way gate there. However, in order to be able to use this waygate, you will need to hand over Fingerslayer Blade to Ranni.

Uhl Palace ruins are divided into two parts, and both of them are accessed in different ways.

The southern part of the ruins can be accessed by going southwest from the River Well depths. And to get to the Northern part of Uhl Palace Ruins, go south from Ainsel River Main after you enter from Renna’s Rise.

From the Site of Grace starting point, make your way down where you will find 5 Giant Ant Enemies to your left. Make your way right to the tunnel to find a corpse, which you can loot to obtain ‘Magic Grease’.

Then return and then go to the left side to face off against the Giant Ants. After you take care of them, move forward using the path which will have another corpse having ‘Grace Mimic’ on it.

You will be attacked several times by a giant Ant as you move forward. As you go ahead, another ant will attack you. Defeat it and then use the tunnel on your southwest to move ahead. In the tunnel, you can find a Smithing Stone (3) on a corpse.

Go down the slope southwest where you will again be attacked by 2 more Ants. Move forward to reach a room having lots of corpses. Here, one corpse can be looted to obtain ‘Silver Firefly’ and another for ‘Golden Rune (1)’.

There is another corpse in the tunnel which has another Golden Rune that you can loot. Then make your way through the long tunnel to reach on top of Uhl Palace Ruins.

From there, you will be able to drop down to the next portion of Ainsel river. However, before you do that, go back down to find a room filled with bones and viscera.

Use the tunnel to reach a lit up area where you can find Ghost Glovewort (1), Shattershard Arrows (Fletched) x10 and Smithing Stone (3). Then head back up the top and use the walkway to reach a Site of Grace.

From there, you can see a waterfall. Far side of the waterfall and ruins, there are several corpses which can be looted for ‘Golden Rune (3)’, ‘Golden Rune (2)’ and ‘Smithing Stone(1)’ and Ghost Glovewort (1).

Beyond the ruins, you will come across a score of Clayman Warriors. You will need to take care of all of them in order to move forward into the Uhl Palace Ruins.

Before entering the ruins, you can head to the platform behind and drop down the pillar to find a corpse having ‘Smithing Stone (4)’ and another corpse having ‘Celestial Dew’.

Once those items are collected, make your way into the Uhl Palace Ruins. The Palace is home to a lot of loot, including ‘Golden Runes, a Furlcalling Finger Remedy, Magic Grease, Smithing Stones and Throwing Daggers’, all of which can be collected from the right side of the starting area of the ruins.

At the start of the ruins, head left side of the cavern to find a ‘Ghost Glovewort (1). Above this item, there is a Site of Grace located. Activate it and then move ahead along the water stream until you reach a cave having multiple ant enemies.

In this cave area, you can loot multiple different corpses to obtain Formic Rock, Immunizing Horn Charm, Smithing Stone (3) and 5 Crystal Darts. In the cave area there are some Formic Rock deposits which can be collected.

Head to the southwest part of the cave and to the top of the slope to loot Somber Smithing Stone (3) and Aeonian Butterfly from corpses.

Then head back down to the cave to loot the remaining corpses there to find 2x Ghost Glovewort plants. Then head left from the fork on the path to obtain a Melted Mushroom. Return to the fork and then head right this time to reach the boss fight area.

Dragonkin Soldier of Nokstella is an optional boss in Elden Ring that you can defeat for some extra rewards. You can find this boss in the western area of Ainsel River. The closest site of grace from this boss is the Ainsel River Downstream site of grace.

The boss fight takes place between 2 different phases and Nokstella uses different attacks in each of the phases. For complete information on how to defeat, Dragonkin Soldier of Nokstella, check out our detailed guide on it.