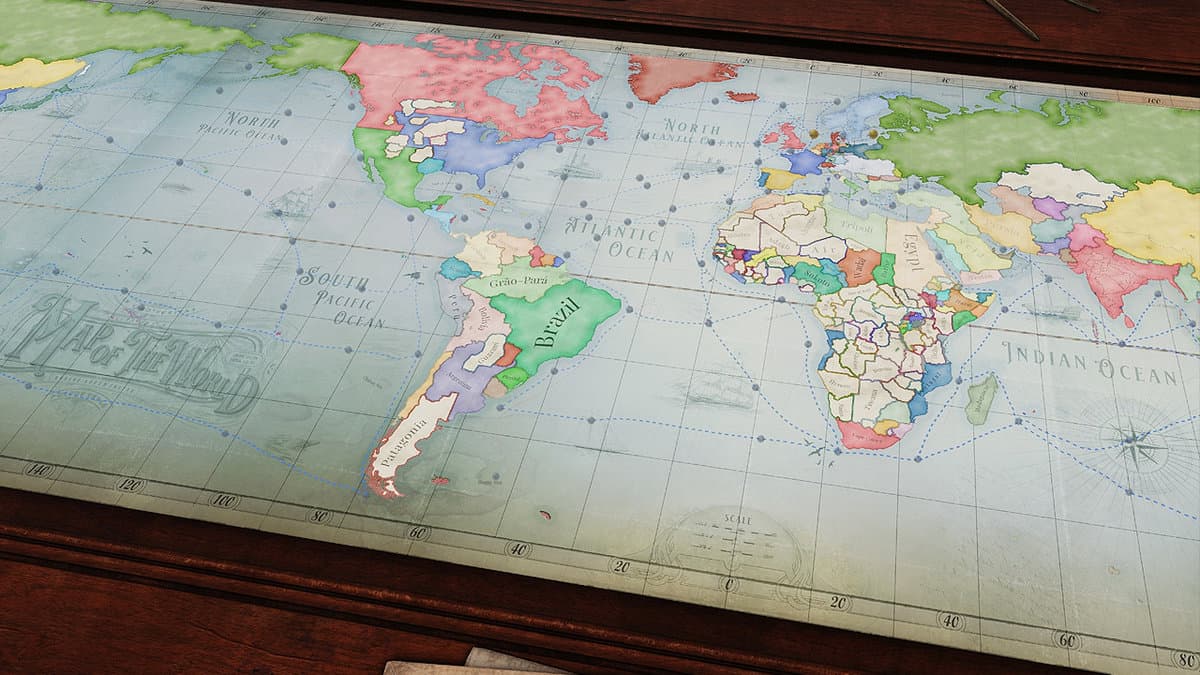 Victoria 3 is an incredibly deep game with a plethora of systems and mechanics that all work together to affect your nation’s progress.

The moment you jump into the game, the starting menu and range of options are likely going to blow you away. That overwhelming feeling is only natural for first-timers but the more time you spend playing, the more familiar and comfortable you will become.

The following are some important tips that everyone should know before starting Victoria 3. They will not only make your starting journey easier but also ensure that you do not have to restart after making some common mistakes.

Things you should know before jumping into Victoria 3

Always look to boost your economy

No nation can thrive without a good source of income. Your main priority while building your nation in the game should always be to increase your earnings.

Make sure to check the market tab, know about your current trade routes, create new trades with other nations, invest in your industries to boost manufacturing, and a lot more.

Know the ideologies of your leaders

A nation is only as good as its leader. You can know about the different traits and ideologies of your current leader by heading into the Politics tab.

These traits and ideologies are important to know beforehand because they impact any decisions being made. Siding with a leader can grant you bonuses.

Power your allies by collecting obligations

Obligations are like tributes that other nations pay. They are usually gained from agreements made through Diplomacy and by paying off debts.

Once someone feels obligated toward you, they will not go against you or start any sort of diplomatic play against you. You can use obligations to get them towards your side and make them even an ally when you need them. Collecting obligations is an early tip most people end up missing out on.

Just like in the real world, taxes form one of the main foundation pillars of your nation in Victoria 3.

Remember to tax your goods to boost your income through trade. However, find a balance at the same time because taxing too much or taxing the wrong goods can create a lot of unhappy citizens.

Furthermore, you can look to pass tax laws to further boost your taxation system.

Focus on basic goods at the start

There are different types of goods in Victoria 3. In the early game though, you should be focusing only on getting the basic goods. These are staples to your country and people.

You will also be balancing a limiting economy at the start. Hence, do not waste precious resources on bringing in luxury goods. Your people will need the basic goods first and foremost to advance. That includes goods like clothes, grain, wood, and such.

Once you improve your economy and trade routes, only then start expanding by increasing the number of goods you are bringing in.

The Technology tree in Victoria 3 is incredibly important. It holds the keys for you to advance through the industrial revolution. It also impacts your economy and standard of living and a lot more areas of society.

Keep an eye on your Technology tree and unlock as many nodes as possible or as many as your economy allows.

Every country you play with in Victoria 3 will have an abundance of natural resources. However, you need to search for them. Make sure to do that as a long-term investment. The quicker you invest in your natural resources, the better yields you will see in the future.

Piling up gold in your coffers will grant you several positive bonuses for your country’s economy. For example, having a gold reserve will reduce your chances of going into debt.

Something most players overlook is that there is a cap to how much gold you can accumulate in Victoria 3. Your cap keeps increasing as your country advances. However, if you exceed your current gold cap, any extra gold that you earned will be lost. Hence, there is no use in hoarding your gold reserves.

Interest Groups represent the political power that your people hold when they work for a common goal amongst themselves.

They are the political force that your population uses to demand or fight against change allowing you to make policy changes as you wish. Based on the profession, wealth, and education access interest groups are chosen by the pops.

They are behind the political movements that try and force you to make policy changes that they want. You can check which interest groups are present in your nation in the outliner where they will be listed as interest groups or marginalized groups depending on their clout.

Bureaucracy is one of the most important things in the game and it is used pretty liberally by the game. For all the administrative kind of steps in the game, you need Bureaucracy.

It is the representation of your administrative abilities in running daily routine operations and managing your population and other related departments.

Bureaucracy is kind of part and parcel in Victoria 3. There are multiple ways in which you can easily increase your Bureaucracy as this will help in pretty much every aspect of the game.

Keep your Authority under check

Authority comes into play when you want to personally exercise your power as a ruler without using laws or policies. Authority is the capacity of the government to perform certain actions outside of its normal function such as applying taxes on specific goods or influencing individual Interest Groups.

Normally more repressive societies will generate more Authority so it’s a tradeoff between personal liberties and the ability to directly affect your country and its pops.

In addition to all these aspects, Laws have their own significance in the game. Having three basic categories they cover almost all the endorsements of different interest groups.

Ranging from pop interests, government structure, taxation, trade policies to healthcare, education, policing and colonization and human rights all of these basic aspects are covered and protected by the laws.

Victoria 3 has a proper mechanic on how to pass any law. Enacting a law depends upon multiple factors such as interest groups, ideology of the group leaders, legitimacy etc.