Victoria 3 Best Countries To Play With 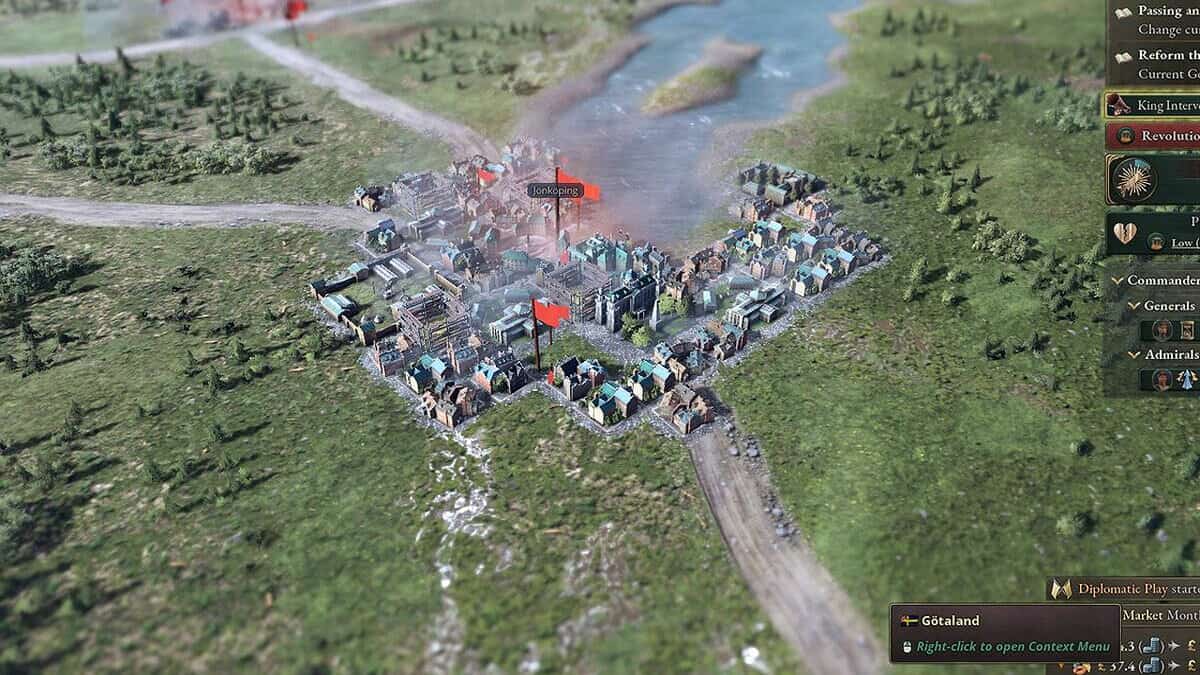 With the release of Victoria 3, players can manipulate the world order to change the course of human history for a century. The game timeline is from 1836 to 1936, the era of industrialization. It means you have all the power to mold your country to your liking.

You can choose any country for your liking, controlling the population, diplomacy, economy, government, and much more. However, only some countries are strong and require much more to become world competitors.

In this guide, we will make a choice easy for you all and provide information on the best countries in Victoria 3 to play with, so you can develop the nations just as you hoped they should have.

Best countries to play in Victoria 3

Kingdom of the Two Sicilies

This country is a significant powerhouse when you start your journey in Victoria 3. They have the potential to develop more trade routes and build their country by bringing more revenue from local and international markets.

They even have the power to shape the regional affairs of the neighboring countries and make policies that will benefit the citizens of the two Sicilies.

You can use the resources in hand, such as a good amount of GDP, developed markets, and trade, to change the course of history and build this nation to be the most remarkable coming out of Italian territory.

Portuguese are strong in Victoria 3 due to their colonies and high resources. You can use the country’s GDP and physical and human resources to expand your control over the world.

They also have higher chances to develop markets and trade routes to earn a higher percentage of the world market.

You could change the nation’s future by developing it through the time when it failed in history and counter the expansion of Britain’s colonies.

If you are wondering where China was during this time, it used to be ruled by the dynasty of Qing, so it was called the Great Qing till 1912. Absolute monarchy was established in the country, and the country received the least amount of attention from the world.

If we look at some stats, the Great Qing had the highest GDP, and some states were the richest in resources and held the world’s third-largest population.

So you can use all the resources in hand to develop the dynasty of Qing to be the greatest ever and force the world to recognize your power. They will rank you up once you make them dependent on you by producing goods using your human and physical resources.

So go out there and make the world recognize Monarchs as the greatest if you consider them to be.

The Egyptians go back to the times of Pharaoh and have survived everything thrown their way.

In Victoria 3, Egypt has the power to develop a solid Muslim empire and play a significant role as a regional power. They also have the resources you could utilize to build their markets and improve their government structure.

However, the task at hand will be challenging, but it would be fun to develop the nation that stood through every hard time. So take the challenge and place it among the world leaders of that time.

If you want to start the game with the strongest country in Victoria 3, there’s no better option than Great Britain. In 1836, the country was a powerhouse in the world, having its hold on most of its resources.

It will be easy for you to develop different structures for your country as they have enormous GDP. Additionally, you will look over many colonies and extract resources for the usage.

There are some hardships associated with the vast amount of area. To keep the vast territory in control for 100 years is an arduous task, but it would be fun to achieve that. So go on and try to convert the nation to your favorite style of leading affairs.

Spain is a great nation to start your journey due to its higher economic and human resource power.

The Spanish market can access the markets of America, British, France, Belgium, and other vital regions of the world. They can use their high proportion of farmer labor to produce crops in high demand in different countries and then make tons of profits.

You can use the profits to develop buildings, pass laws to collect taxes, and build education sectors for the population. The naval power of Spain is also another plus point for choosing this nation.

If you want to limit the power of Great Britain from 1836 through 1936, then Spain is the correct country to go for.

The Ottoman Empire holds crucial importance in the current world order, and many believe the fate of the Empire should have been different. So there’s an opportunity to make the Ottoman Empire flourish and make them a stronghold in the world.

You will start as a major power, but by using the resources on hand, you can transform the nation into a great power. The nation has a good amount of GDP and human resources to work on the development of the Empire.

Additionally, the country’s military is strong and can give competition to the other great powers in Victoria 3. Their naval potential also gives them an upper hand over other countries.

The history of France is rich in many ways, and its presence is vast in Victoria 3. The country has all the ingredients to be the best in the game.

France has access to the North Atlantic Ocean and can tap different world markets to form intense diplomacy and resources for themselves.

The other factor that stands France out from other nations is its presence as a great power in the game and having huge GDP, naval, and further military potential to take on the world nations in Victoria 3.

So keeping all these factors in mind, France would be a great choice to start your journey in Victoria 3.

No one can ignore the might of Russia in Victoria 3. One of the great powers of the game and equipped with every essential item to conquer the world.

Russia has a considerable GDP and a strong military and naval force better than most parts of the world. The land and resources are incomparable to other nations.

You can use Russia to bring down even the other most extraordinary power globally. If you disagree with the development of Russia over time, then take the country into your hand and develop it in the way you think best.

For these reasons, Russia is one of the best nations to play in Victoria 3.

Just like today, the USA is an excellent power in Victoria 3. The country has enormous resources and potential to make the gameplay easy for you at the start of the game.

With a GDP of above 15 million pounds and a population of almost 30 million, the country offers an excellent opportunity for developing its control over the world.

However, the military and naval potential of the nation are not that great to start with, but you can use other means to develop your army and put your mark on the world.

Hardest nations to play as

With a large number of states you get in Ottoman Empire from the start, keeping them all in check from the start of the game as players are still learning the complex features of Victoria 3 will be a huge challenge.

Even though you will be aided by the empire’s journal what needs to be done to help the empire flourish, it is no easy task to get the “Sick Man of Europe” back on its feet. If you do manage to get through the game as Ottoman Empire, you surely earn yourself bragging rights.

Why is Great Britain hard to run? It’s a flourishing country, well established with a large number of colonies and a lot of trade routes established, yet, why is it the hardest nation to play as in the beginning?

Well, Britain is hard for these exact reasons. Britain is too successful and it has a lot going on for itself. With so many colonies and so many trade routes, taking control of this small nation without proper knowledge of how to run markets and trades whilst maintaining a number of colonies will lead you to your doom.

Taking on control of Great Britain, and keeping the level of success you started with is the hardest part of running Britain.

Russia takes on the same problem as Ottoman Empire. It’s too big to effectively manage, and additionally, Russia also lacks any notable technological advancements at the start of the game. You also have to manage a huge population in the country, that isn’t as advanced as it’s neighbors and is always on the verge of a revolution.

You need to be very careful while developing Russia, as you need to make sure you make technological progress without losing the stability of the nation.

Furthermore, Russia is always at risk of invasion at the start of the game, as you are weaker than your neighbors, and need to protect a huge area, whilst making sure all your states are flourishing.

A nation built on their military might, it might be enough to fool anyone that expansion through aggression can be a viable option for Sikh Empire. However, the biggest obstacle to Sikh Empire’s power comes due to its neighbors.

British colonies to your south, China to your east, you need to keep your aggression in check when moving around. The area around Sikh Empire is difficult to traverse, making trading difficult.

Furthermore, Sikh Empire is also lacking technologically, making it difficult to advance early on with all the other problems springing around your gigantic empire.