How To Kill Bruxa In The Witcher 3 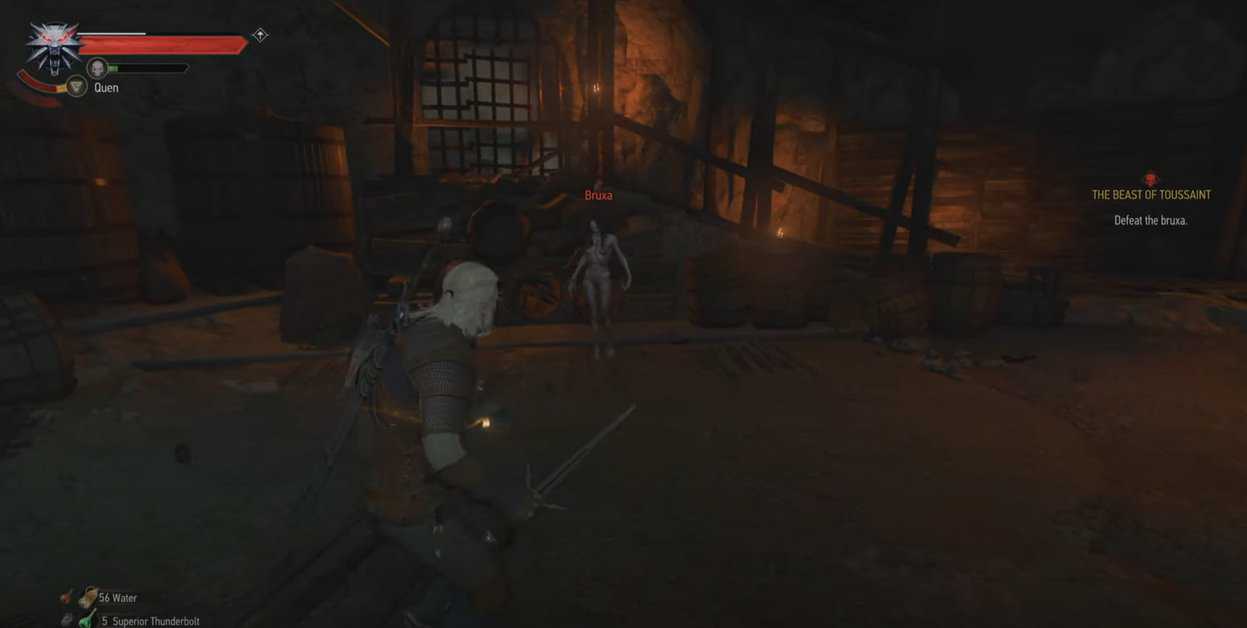 In The Witcher 3 Blood and Wine expansion, players must deal with the powerful boss Bruxa quite early in the game. She is an ugly vampire with dark hair. Unlike all other vampires in the game, Bruxa is unaffected by the sun, which sets her apart from other members of her class.

If you are struggling to defeat the Bruxa in The Witcher 3 Wild Hunt, you have come to the right place as we will go over all her abilities and the best way to defeat a Bruxa.

Like the Golyat boss fight, players will fight Bruxa as one of the game’s major quests, “The Beast of Toussaint.” Unlike the fight with Golyat, which starts immediately after a cutscene. The Bruxa boss fight allows you to prepare and gives you some time.

As the game suggests, you should try to read up on Bruxa in the Bestiary section before starting the fight to figure out Bruxa’s weaknesses in TW3.

To find this special Bruxa, also known as Bruxa of Corvo Bianco, proceed to Corvo Bianco, a nearby settlement. Find out what killed the guards with your Witcher Senses, then enter the cellar to encounter a hostile Bruxa. She will be located in the basement of Corvo Bianco Vineyard as part of The Beast of Toussaint quest.

Besides this special bruxa, players can encounter a number of them across the Blood and Wine expansion. During The Night of the Long Fangs mission, the city is invaded by vampires and players will have to fight a number of bruxae as they make their way out of the area.

During the scavenger hunt to acquire Grandmaster Manticore gear, players can also fight two other bruxae in a cave as part of a hallucination.

Bruxa is a really fast vampire in The Witcher 3, and you will find it hard to hit her. Her blows can deal significant damage to you. A strange but true game truth about Bruxa in TW3 is that she is invisible to any magical scanning. Like all vampires, Bruxa consumes blood, but she has a peculiar practice of singing a song afterward.

Bruxa has sharp claws, which she uses for close-up attacks. She can also scream with such force that even anyone far away can be knocked backward.

Bruxa is much faster and more powerful than men, and her most significant strength is her ability to become invisible. She can easily deceive opponents and attack unexpectedly from behind because of her invisibility ability and fantastic agility.

How to kill Bruxa in The Witcher 3

One of the Witcher 3’s most challenging battles can be with a Bruxa. Knocking her down with the Aard Sign and killing her instantly is the best and most straightforward approach to handling her.

Before the fight, you should try to craft some Moon Dust Bombs and Black Blood potion. Moreover, if you want to deal extra damage, you should also try crafting and using some Vampire Oil on your Silver Sword.

Once you are ready, head down to the basement of Corvo Bianco Vineyard and start the fight after a short cutscene. Do note that the Moon Dust Bomb will not allow you to see Bruxa completely, but you will be able to make out her outline. Although Bruxa does not have a lot of health, she often hits hard, thanks to her increased speed.

Moreover, due to her invisibility, she will be able to surprise attack you if you are not using Moon Dust bombs.

The Black Blood potion will allow you to return some damage dealt to you by Bruxa but make sure you are not cornered, or she will wipe your HP bar away with rapid strikes.

In order to keep up with the Bruxa’s tremendous speed, another strategy for dealing with her is to defend oneself with the Quen Sign and set a Yrden Sign trap. Look for openings after she has completed her combos or after she screams, and then attack her.

With the use of Moon Dust Bombs, try to be active at all times and throw a Yrden symbol if you spot her approaching. When you spot her confined to the Yrden circle, move in to deal some damage, drop another bomb, and then flee.