How To Find And Kill Vampires In The Witcher 3 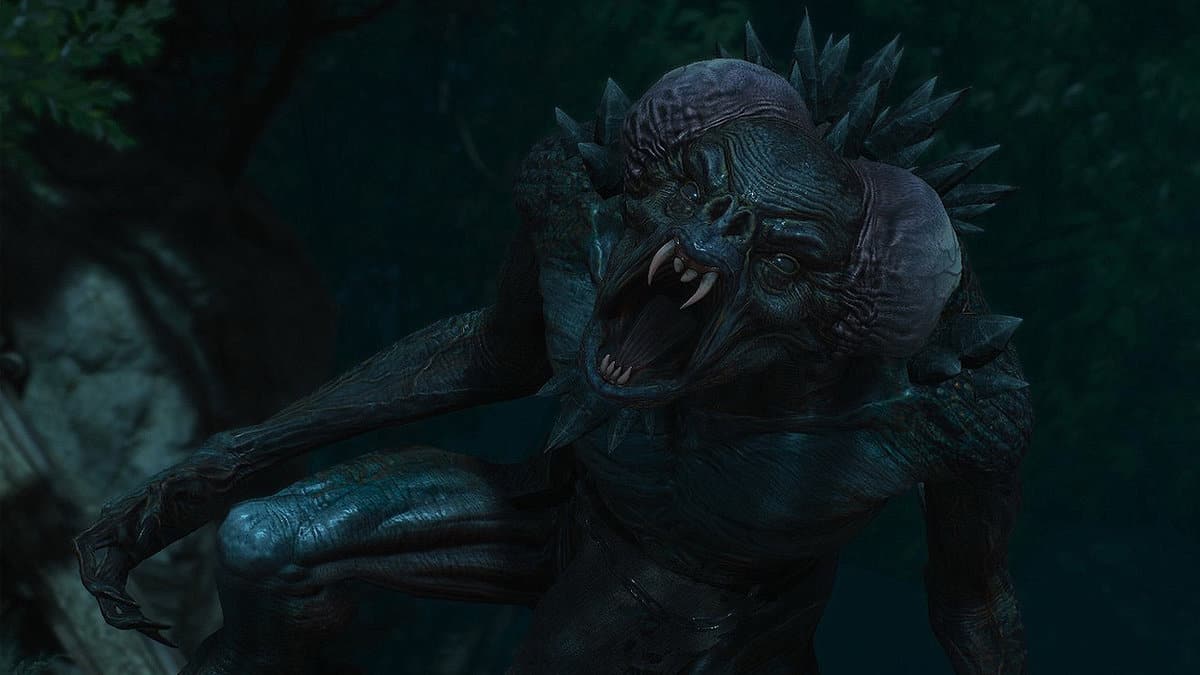 Vampires are one of the many enemies you face in The Witcher 3: Wild Hunt and may as well be some of the most dangerous entries in your bestiary yet.

There are several myths regarding these ancient creatures, most of which are proven false in the Witcher lore. For example, Vampires do not have reflections in mirrors and neither do they cast shadows. However, holy water and crucifixes are not their weakness. Hammering a stake through their heart is also ineffective.

It all depends on the type of Vampire you are facing in The Witcher 3 and there are several of them, ranging from lesser Vampires to Higher Vampires that are incredibly powerful and even immortal.

The following guide will go through every type of Vampire you can encounter in The Witcher 3: Wild Hunt while detailing their attacks and weaknesses.

Where to find Vampires

There are a few Vampires that you will face in the base Witcher 3 game as part of side quests and contracts.

You can pick up Carnal Sins in Novigrad to encounter Hubert Rejk who is actually a Katakan—more on that later. Similarly, you can come across Ekimmaras in both Novigrad and Velen, particularly when tracking down the Griffin School Gear set.

There are more Vampire types, including named Higher Vampires that are all part of the Blood and Wine expansion pack. Its whole storyline revolves around Regis, a friend of Geralt who was believed to be dead but returns as a vampire.

Below are all of the types of Vampires you face in The Witcher 3, including its Blood and Wine expansion, and how to kill them.

How to kill Vampires

There are around a dozen different types of Vampires in The Witcher 3 but one thing is highly effective against any Vampire regardless of its type.

Applying some Vampire Oil on your silver sword will allow Geralt to do bonus damage to them. Make sure to always have plenty of Vampire Oils in your inventory, especially if you are playing the Blood and Wine expansion pack.

Another potion that can come real handy against Vampires is Black Blood. Drinking this will return damage to the Vampire every time Geralt is hit.

Black Blood also becomes useful against some Vampire types like Bruxas and Alps that go for your neck as one of their primary attacks. However, there are also Vampires that are immune to bleeding, so the bonus effect of the Superior version of Black Blood will do nothing to them.

Some of the most common Vampire types have the ability to turn invisible. Throwing a Moon Dust bomb will remove their invisibility and prevent them from transforming for a brief while. Use this opportunity to take them down.

Finally, almost all Vampires are weak to fire, meaning that you can cast Igni to your advantage. However, some, Higher Vampires are immune to fire. Regardless, you should also keep casting Quen for its valuable shield.

You should have a general idea by now of how to kill Vampires in The Witcher 3: Wild Hunt. Now, we will go over all of their types and variations. This will make you understand how they all attack and behave. You will also get to know about some of the other weaknesses that are exclusive to a single Vampire type.

Ekimmaras are one of the lower Vampire types in The Witcher 3, so they are also pretty common. They have incredible regenerative powers, so you need to kill them quickly or else start all over again.

Ekimmaras have two main attacks that you need to be aware of. They can firstly become invisible which can be countered by Moon Dust bombs.

They can secondly attack you to make you bleed for large amounts of damage over time. Here, it is important you can drink a Black Blood potion to counter that bleeding attack effectively.

Take note that you cannot parry their melee attacks. You will need to dodge them.

Sarasti is a variation of Ekimmara that is more powerful in comparison. You will get a chance to slay a Sarasti in Velen as part of the Mystery of the Byways Murders contract. In terms of attacks and weaknesses, it is the same as a regular Ekimmara. Bring a Vampire Oil with you and cast Igni when needed.

Katakans appear as large, bat-like creatures that are a lot smarter and more intelligent than you would expect.

They can become invisible and can also transform themselves to pass off as normal humans. They can move fast and are exceptionally powerful at night. During the day, their health regeneration ability gets weakened.

When fighting a Katakan, always pay attention to its shadow when it becomes invisible. You can use Moon Dust bombs and Igni to reveal themselves.

Casting Yrden will temporarily slow a Katakan down but that window is greatly reduced at night.

Vampire Oil on your silver sword will make short work of them but be ready to dodge at all times since Katakans can quickly close to gap to swipe you with their long claws. Drinking Black Blood will also help here.

Gael is a variation of a Katakan that can be slain in the Oxenfurt Drunk contract. It is the same as a Katakan with the same attacks and susceptibility to Vampire Oil and Igni.

Alps are exclusive to the Blood and Wine expansion and appear as women. Their powers grow in the full moon and have incredible speed and stamina that can often outlast a Witcher.

Unlike the other Vampire types, Alps can evade your attacks, so you will need to cast Yrden to slow it down.

Secondly, always drink a Black Blood potion if you are facing multiple Alps. These creatures can leap towards you in an instant to take a bite out of your neck which regenerates their health.

The best and quickest way to kill an Alp is to use Aard to knock it down. Then, quickly, go near to execute the fallen enemy with a single strike of your silver sword.

Watch out for their shrieks which can knock you down.

Bruxas are the same as Alps in the Blood and Wine expansion. They have the same ability to turn invisible and knock you down with powerful shrieks. They also have the same speed and will dodge your attacks.

Bruxas and Alps may as well as variations of each other except that the Witcher bestiary lists them separately. The only way to identify one is that Bruxas are often dark-haired women. Alps are blondes.

The way to kill a Bruxa is, hence, the same as Alps. Use your Aard sign for a one-hit execution.

The Bruxa of Corvo Bianco is a named Vampire that you will face in the main Blood and Wine storyline. You will not be able to use the Aard strategy against her but the rest of the fight is the same.

Fleders are another type of lesser Vampire but with more intelligence in the Blood and Wine expansion. They have a unique movement pattern to other Vampires. Fleders like to leap at their prey to knock them down before tearing them to shreds.

They are still weak to Vampire Oil and Black Blood. Use that to your full advantage and make sure to move out of the way when they do their leaping attack.

Protofleder is a powerful variation of Fleder that shows itself in What Lies Unseen, part of the main quest of Blood and Wine. Compared to normal Fleders, the Protofleder has strong health regeneration. Bring a Black Blood to the fight and remember to cast Igni to weaken it.

Garkains are lesser Vampires that have a deformed appearance. Unlike Alps and Bruxas, Garkains do not bite you for your blood. Instead, they choose to tear you apart with their sharp fangs and claws in the Blood and Wine expansion.

Garkains can hunt in packs and like to stay at range to use mental energy projectiles to leave you stunned momentarily.

You will find it relatively easy to kill them compared to most other Vampires. Just use the Vampire Oil to increase your damage and dodge their melee attacks. Using some Moon Dust bombs will also prove effective against their ranged attacks.

Alpha Garkain is a variation that you will have to kill in the main quest, Blood Simple, near the Cockatrice Inn. It is more powerful than a regular Garkain with a new ability to spew venom. Other than its new attack, it behaves just like any other Garkain.

These are the most powerful Vampires in The Witcher 3. They are incredibly intelligent with powers that surpass all of the other Vampire types.

Most importantly, they are immortal and do not need to drink human blood to survive. This also means that they have fewer weaknesses and are immune to most of what you might use against any other Vampire.

You will face a few Higher Vampires in the Blood and Wine expansion pack but not be able to kill them, at least not in the traditional way.

Dettlaff van der Eretein, the Beast of Beauclair, is the final boss of the Blood and Wine storyline. His only weakness is Vampire Oil and Black Blood. He is immune to fire; so using Igni or throwing Dancing Star and Dragon’s Dream bombs are of no use.

There is also the Unseen Elder who sits on top of the Vampire foodchain. An incredibly old and powerful Vampire, the Unseen Elder kills Geralt if he chooses the wrong dialogue options during the encounter.