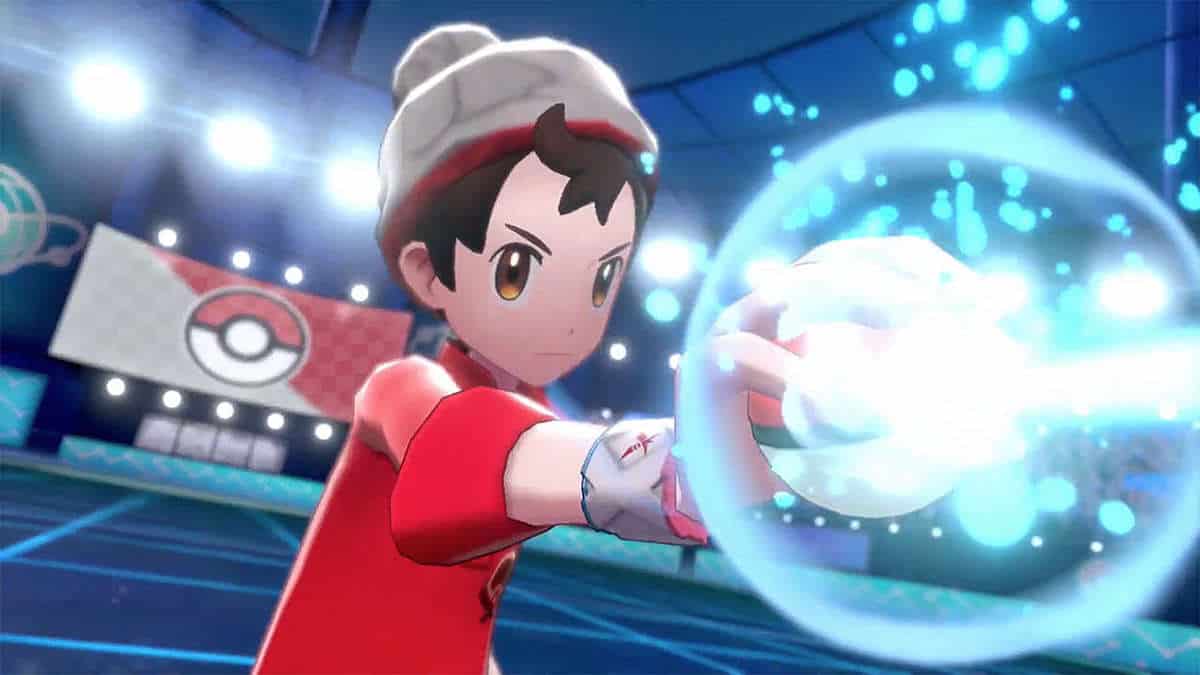 We have listed the three best Pokemon of each type in our Pokemon Sword and Shield Best Type Pokemon guide.

The Pokemon listed will be very powerful even before reaching level 50 and will have an overall good option of attacks to choose from.

Best Water type Pokemon
Inteleon: Inteleon evolves from Sobble which is one of the three starter Pokemons you can choose from. That is why we have included this Pokemon in our list.

Milotic: Milotic is a tank of a Pokemon having very high defensive stats. But it can also deal good damage to opponents if required. Because of this all-round ability, we have included it in our list.

Whiscash: Whiscash being a water and ground type Pokemon is only weak to grass type Pokemon. This gives it a very big advantage. It also has a wide range of moves like Dragon Dance to deal good damage to the enemies.

Best Grass type Pokemon
Trevenant: While being slow in speed, Trevenant is a good attacker. It has a wide coverage of grass and ghost moves which is a very deadly combo.

It also has access to abilities like solid wall and natural cure, which will be so helpful during your fights. All these reasons are why it is part of our list.

Roserade: Being a grass and poison type pokemon, Roserade is a tank against Water and Fairy-types while also giving it a massive base special attack stat.

With access to every status condition in the game, including Toxic, there are many ways you can slow down even the toughest opponent.

Whimsicott: Whimsicott has a super effective moonblast attack while also has the ability to speed boost your entire team. If paired with the right Pokemon, it will be tough to defeat.

Steel Type
Aegilash: Aegilash is a steel and ghost type Pokemon. It has a very high attack and special attack stats meaning that it will severely damage the right opponents.

Aegilash is dedicated to offense. It can cleave any opponent with the strength and weight of its steel blade.

Copperajah: Copperajah has decent attack stats while also having high HP. It is immune against Poison type Pokemon. That’s why we have included it in our list.

Bronzong: Bronzong is a tank having high defense and special defense stats. It is a steel and psychic type pokemon which makes it immune to poison type. Having a good attacker along with it will be a very good strategy.

Rock Type
Tyranitar: Tyranitar has balanced attack and defense stats. Which makes it a very good option against psychic and dark type pokemon.

It is a bit slow but the defense stat some what makes up for it. That’s why it is part of our list.

Gigalith: Gigalith has amazing attack and defense stats. It will be a perfect tank Pokemon.

It is very slow but also have decent HP which covers up for the slow speed. It is very useful against Fire, Poison and Normal types.

Psychic Type
Hatterene: Hatterene belongs to the fairy and psychic family. This Pokémon is also known as the Forest Witch. Its Sp. Attack is very high, and it also has solid defense. All these plus points make it our preference.

Espeon: Espeon unleashes psychic power from the orb on its forehead. It is very fast in movement and has a deadly Sp. Attack, which makes it strong against fighting type pokemon.

Gardevoir: Gardevoir is an all-rounder as it has decent attack, defense and speed.

Being a psychic and fairy type, it is immune to dragon type pokemon. That is why we have included it in our list.

Poison Type
Galarian Weezing: Galarian Weezing is a tank with its high Defense stat. It can also do a good amount of damage when required. Being Fairy and Poison-type, it is a strong performer against dragon, grass and dark types.

Drapion: Drapion is a poison and dark type pokemon having decent all-round stats. Its poison is potent, but it prefers to use physical force instead making it strong against psychic and ghost type pokemons.

Toxtricity: This short-tempered and aggressive Pokemon has a powerful Sp. Attack and other stats are also well rounded. It is a good performer against Bug, Grass and Fairy types.

Normal Type
Braviary: Braviary has good HP and Speed, which complements its high attack stat very well. Being a flying type as well, it is immune to ghost and ground type pokemon.

Greedent: Common throughout the Galar region, this Pokemon has balanced attack and defense as well as high HP. It is immune to ghost and flying pokemon.

Obstagoon: This Pokemon is a tank having very good defense stat. Obstagoon also has decent HP and fast movement which makes it very useful in duels.

Ice Type
Vanilluxe: Vanilluxe unleashes a fierce blizzard that freezes every enemy around it. Its special attack is very useful, and the other well-rounded stats complement it very well.

Glaceon: Glaceon’s Ice Body move regains HP to the Pokemon during hailstorm. Glaceon has great defense and Sp. Attack with decent movement speed as well. It evolves from Eevee.

Arctozolt: Arctozolt being an ice and electric type Pokemon is strong against flying type pokemon. All of Arctozolt’s stats are balanced meaning it can perform in many different situations.

Ground Type
Rhyperior: Rhyperior is a Ground and Rock type with very high attack and defense stats. This makes it immune to electric and strong against fire, flying and normal types of Pokemon.

Hippowdon: Hippowdon has great attack, defense and HP which makes it perfect for the tank role. It is strong against Poison and Electric and that’s why he is part of our list.

Flygon: Flygon is a ground and dragon type with fast movement speed and decent attack and HP. Flygon is good in fights against poison, fire and electric type Pokemons.

Golurk: Golurk is a ground and ghost Pokemon which evolves from Golett. It is very good when facing off against Normal, fighting, poison and electric type pokemon.

Trevenant: Being a ghost and grass type, it is good facing off against Normal, fighting and electric type pokemon. It has high attack stats and decent HP.

Flying Type
Unfezant: Unfezant are exceptional fliers with fast movement and high attack stat. It is good in fights against ghost and ground pokemons.

Braviary: Braviary’s high attack and HP makes it a valuable Pokemon to have. It is good in fights against ghost and ground pokemons. Its move ‘Defiant’ boosts its stats sharply when its stats are lowered.

Hawlucha: Hawlucha has very fast movement speed and also good attack stat. It drives its opponents to exhaustion with its agile maneuvers, then ends the fight with a flashy finishing move. Hawlucha’s ‘Mold Breaker’ uses moves on the enemy regardless of their counter abilities.

Fire Type
Flareon: Flareon has a high attack and Sp. Def stat making it useful in fights against ice, fairy and bug type Pokemons. Its ability ‘Flash fire’ powers up the Pokemon’s Fire-type moves if it’s hit by one.

Arcanine: Arcanine has very high attack and Sp. Attack which makes it very powerful against fairy, ice, grass and dark types. Its ability ‘Justified’ boosts the attack stats further if it is hit by a dark type move.

Fighting Type
Machamp: Machamp has well rounded defense and HP with high attack which makes it perfect for tank role. It is strong against rock, bug and dark types. Its ‘Steadfast’ ability boosts speed stat each time it flinches.

Conkeldurr: It has one of the highest attack stats in game and also has high HP stat. It is strong against rock, bug and dark types. Its ability ‘Iron Fist’ powers up punching moves which is very overpowered.

Hitmonlee: Hitmonlee has high attack as well as Sp. Defense stat. This amazing Pokémon has an awesome sense of balance.

It can kick in succession from any position. Its ability ‘Limber’ protects against paralysis attack of enemies.

It also has decent defense and HP. It is immune to dragon type Pokemon. ‘Anticipation’ ability can track enemy’s dangerous moves.

It is strong against dragon, dark and bug types. Its ability ‘Sweet Veil’ prevents itself and ally pokemon from falling asleep.

Aromatisse: Aromatisse’s HP is a very strong point for it. It is strong against dragon, dark and bug types. ‘Healer’ ability can heal an ally’s status condition.

Electric Type
Vikavolt: Vikavolt’s special attack is very powerful. It also has decent attack and HP, which makes it a good option for fight against steel, grass and fighting pokemon.

Heliolisk: Heliolisk has fast movement and high Sp. Attack. It is strong against ghost and flying type pokemon. Its ability ‘Dry Skin’ Restores HP in rain or when hit by Water-type moves.

Dragon Type
Goodra: Goodra has great attack, Sp. Attack and Sp. Defense stats. It is good in fights versus grass, electric and water type pokemons. Its ability ‘Sap Sipper’ Boosts the Attack stat if hit by a Grass-type move instead of taking damage.

Hydreigon: Hydreigon is a dark and dragon type pokemon with high attack and Sp. Attack stats. Its ability ‘Levitate’ makes it immune to all ground type moves.

Haxorus: Haxorus has very high attack stat. It is strong in fights against fire, water and electric type pokemon. Using ‘Rivalry’ ability makes it become competitive and deal more damage to Pokémon of the same gender.

Dark Type
Hydreigon: Hydreigon is a dark and dragon type pokemon with high attack and Sp. Attack stats. Its ability ‘Levitate’ makes it immune to all ground type moves.

Grimmsnarl: Grimmsnarl has decent HP and defense with very high attack stats which makes it strong against dragon, ghost and psychic type pokemon.

Pangoro: Pangoro has high attack stat along with decent HP and defense. It is strong in fights against psychic and ghost types. Its ‘Iron fist’ ability powers up punching moves.

Best Bug Type Pokemon
Vikavolt: Vikavolt’s special attack is very powerful. It also has decent attack and HP, which makes it a good option for fight against steel, grass and fighting pokemon.

Vespiquen: It has great defense and Sp. Defense stats making it valuable against ground, fighting and grass type.

Butterfree: Butterfree flaps its wings at great speed to release highly toxic dust into the air. It is a good choice against ground, fighting and grass type