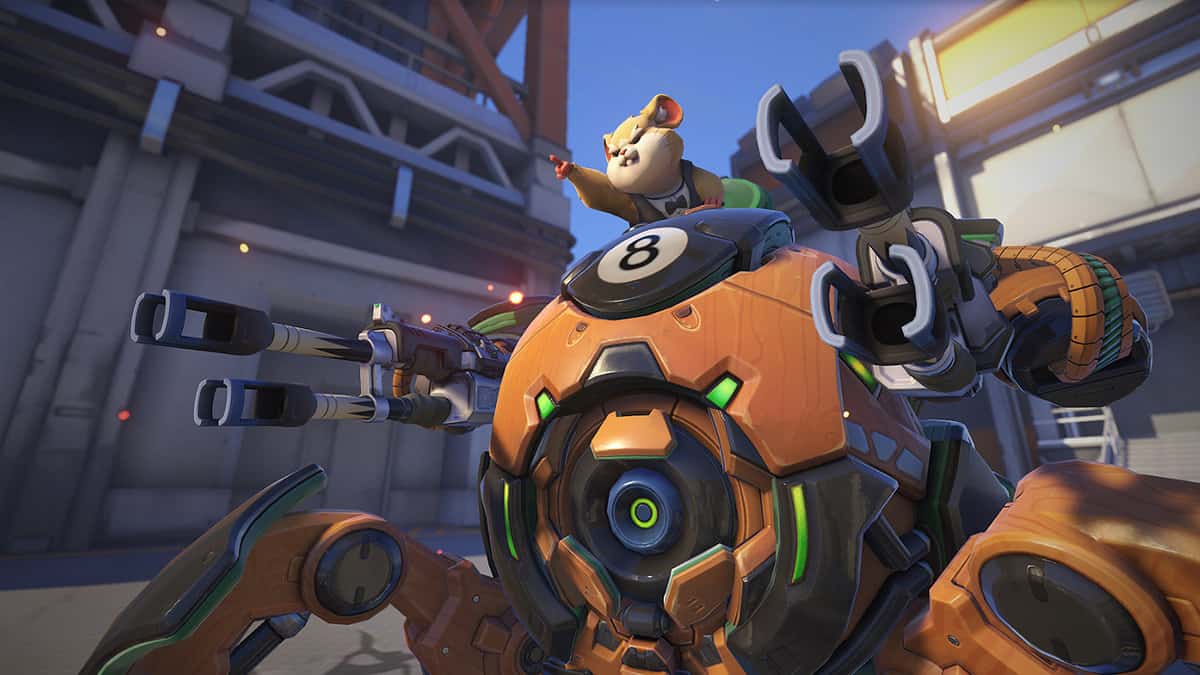 Wrecking Ball is another hero returning to Overwatch 2 from the first game. Hammond, a genetically-engineered (cute) hamster from the Horizon Lunar Colony, and his mech are back to wreak havoc by swinging around the battlefield, laying down minefields, and rolling around the arena to crush their opponents.

Wrecking Ball is all about aggressive engagements and disengagements, disrupting enemy strategies and denying them areas. Given the mech that Wrecking Ball built for himself, this tank hero in Overwatch 2 is for those who prefer a more mobile/harassment style approach to tank role instead of hunkering down like Reinhardt or Orisa.

In this guide, we will provide you with complete counters and synergies info for Wrecking Ball in Overwatch 2 so you get an idea of which heroes is this hamster good against and which can make trouble for him.

Wrecking Ball is strong against

Due to his slow mobility and lack of self-heals, Zenyatta is easy picking for Wrecking Ball when he is neglected by his teammates. The Piledriver + Quad cannons combo is highly effective against him.

Wrecking Ball can also harass Zenyatta and might push him to use Transcendence at inappropriate times. This will ensure that enemies do not have the high healing power of Zenyatta’s Ultimate in the fight.

Wrecking Ball can only use Quad Cannons during the duration of Hack from Sombra; during this time, enemies can quickly move in to finish the job and also win the fights by having an advantage over your team.

Mei has the highest health of all DPS characters. Hence, she can easily take on Wrecking Ball. Her Endothermic Blaster can easily freeze Wrecking Ball in his place, making him an easy target.

Moreover, Mei can use Ice Wall to slow down the Roll of Wrecking Ball, and she can use his Blizzard Ultimate to clear the Mines laid down due to the damage that comes with the ability. Mei can counter Wrecking Ball’s abilities and make him an easy target for her team.

Sombra and Wrecking Ball specialize in ambushing their opponents. Sombra can hack the enemy to shut down their escape attempts and Hammond can deal heavy damage.

Using Lucio’s excellent movement, he can support Wrecking Ball easily. Both can go deep into enemy territory to wreak havoc. With Lucio on Wrecking Ball’s side, he doesn’t need to worry about his health.

Moreover, Lucio’s Sound Wave ability can be utilized to push enemies into the Minefields area, and he could do extra damage to the enemies ensuring kills on Wrecking Ball targets.

Genji and Wrecking Ball complement each other a lot with their kits. Both rely on rushing their opponents and overwhelming them with their utility. Having both of the on the same team will surely bring some positive results as the enemy team has to constantly deal with their onslaught from different directions.