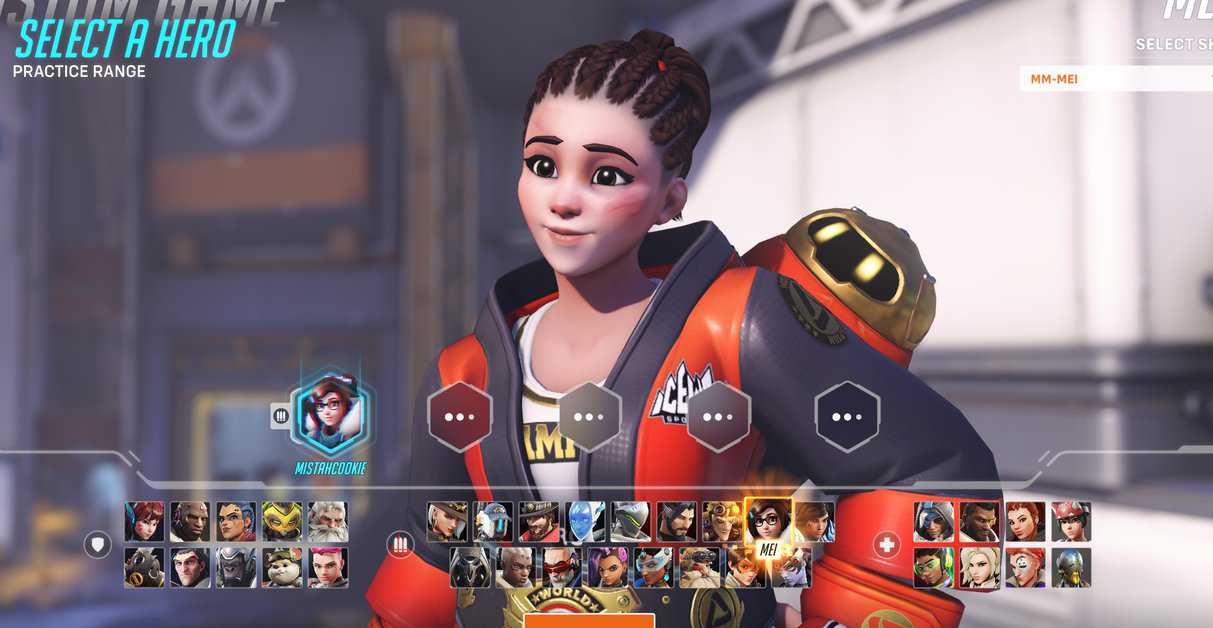 In Overwatch 2, you’ll be having a variety of heroes, while they’re all pretty skilled, some are easier to master than others. Getting started with Overwatch 2, you’d want to have easily controllable heroes. This guide will highlight the best Overwatch 2 heroes for beginner players if you are returning after a while or this is your first time playing.

Best heroes for beginners in Overwatch 2

Overwatch 2 has a wide roster of heroes so, picking the right one for you can be difficult at times. To assist you in determining the best heroes to start off with in OW2, we have compiled a list of the top five heroes in Overwatch 2.

Moira is the most forgiving healer in Overwatch 2. She provides the skills to be used with very little ease. To heal allies using Moria, you don’t have to be accurate half the time.

All you need is to spray a little bit on your teammates and the healing will work. This also works well when it comes to attacking.

You don’t even need to have the crosshair on the enemy to deal damage. This helps you become an ideal DPS healer. However, you shouldn’t get carried away with attacking because, at the end of the day, Moria excels in healing.

In Overwatch 2, Soldier 76 now rocks recoil as well, so that requires a bit of skill to master. However, it offers consistent damage output.

So, even if you’re not hitting your target most of the time, you can still manage two or three kills. It also includes the Run and Heal ability.

When you’re low in health, use heal and run when you want to dodge. All in all, it will take you no time to master Soldier 76.

This makes you an absolutely devastating tank build that can survive through long battles. This also provides you the opportunity to charge your DPS.

Furthermore, you can use the shield to regenerate your health. The charge you pile up and the damage you sustain makes Zarya a lethal tank.

Mei is the hero for you if you’re not accurate with heroes like Soldier. Mei’s ice blaster sprays, well you guessed it, ice that can deal significant damage to enemies per second while also slowing them down.

While the OW2 rework of Mei took away her ability to freeze enemies in place, the slowdown effect is still pretty useful for new players.

Furthermore, you have a self-healing ability with your ice block if you ever feel surrounded and don’t have a healer to help out.

Mercy’s effectiveness is kind of easy to grab onto that makes Mercy one of the easiest heroes to use in Overwatch 2. You can rely on the yellow beam that Mercy employs to heal your allies.

However, since the tanks can do well on their own, you can use Mercy to damage and boost your DPS. So, Mercy is flexible with your team composition.

One of the easiest heroes to get a grasp on, Moira can Fade in and out of combat so she is pretty useful for new players. Being a healer, your job is to keep allies alive. Her Biotic Grasp makes that very easy as you don’t require aim or precise positioning like Ana or Baptiste.

Unlike healers like Mercy or Zenyatta, Moira also has sufficient damage power to keep her alive against most 200 health characters.

In Overwatch 2, to consistently heal allies, Kiriko’s Healing Ofuda must be performed in bursts, while simultaneously hurling kunai at adversaries to deplete their health.

Additionally, Kiriko can throw Protection Suzu, which clears any close allies of harmful debuffs. Therefore, it’s one of the best support heroes.

If you have played any FPS game in the past, Soldier 76 should be easy to learn making him very useful for beginner players. Soldier 76’s kit provides him with medium to long range damage as well as sufficient survivability through Sprint and self-healing making sure you don’t have to rely on others.

In Overwatch 2, She has a railgun with a devastating primary fire mode and an impact shot secondary fire mode that charges up automatically.

In addition, Sojourn possesses the area-of-effect ability known as Disruptor Shot, which she can use to deal a startling amount of damage against other teams.

She also has another ability that is Power Slide, which increases her mobility and lets her deflect adversaries who are trying to hit her. To top it all off, her Overclock ultimate ability upgrades her railgun so that it automatically charges and enables secondary fire bullets to penetrate shields.

The best tank in Overwatch 2 is Reinhardt. Reinhardt is the tank that beginners can play because of its simplest mechanism. He possesses a powerful shield and a hammer. Charge and Fire Strikes are his two primary skills.

Reinhardt charges forward and snatches an opponent in his path when the Charge ability is directed at them. The Fire Strike ability sends his hammer flying in a blazing arc against enemies.

In Overwatch 2, Reinhardt is perfect for soaking up large amounts of harm. In addition to a 1200 HP barrier, the 625 HP pool includes a 300 armor and 325 health pool.

The team should only employ Reinhardt’s shield when it is under fire from numerous enemies at once, even though it can withstand a good amount of damage.

The greatest choice for beginners is Reinhardt, whose Barrier Field will shield you while you chase the opposition. It also provides the rest of the squad with a necessary cover so that they can work toward goals as a team.

Roadhog, an Overwatch 2 tank hero, is excellent for amassing lots of kills early on. He has a substantial health reserve and the capacity to sustain himself armed with a close-range shotgun that is also capable of firing a distant blast.

Once you understand how to utilize him to his full potential, Roadhog is also pretty simple to operate.

When combined with the Chain Hook, the Scrap Gun’s close-range destruction is devastating and may wipe out an enemy in a matter of seconds.

The Take a Breather skill is particularly helpful for new players because it provides a decent health boost at the cost of some damage to help you escape difficult circumstances if you overcommit.