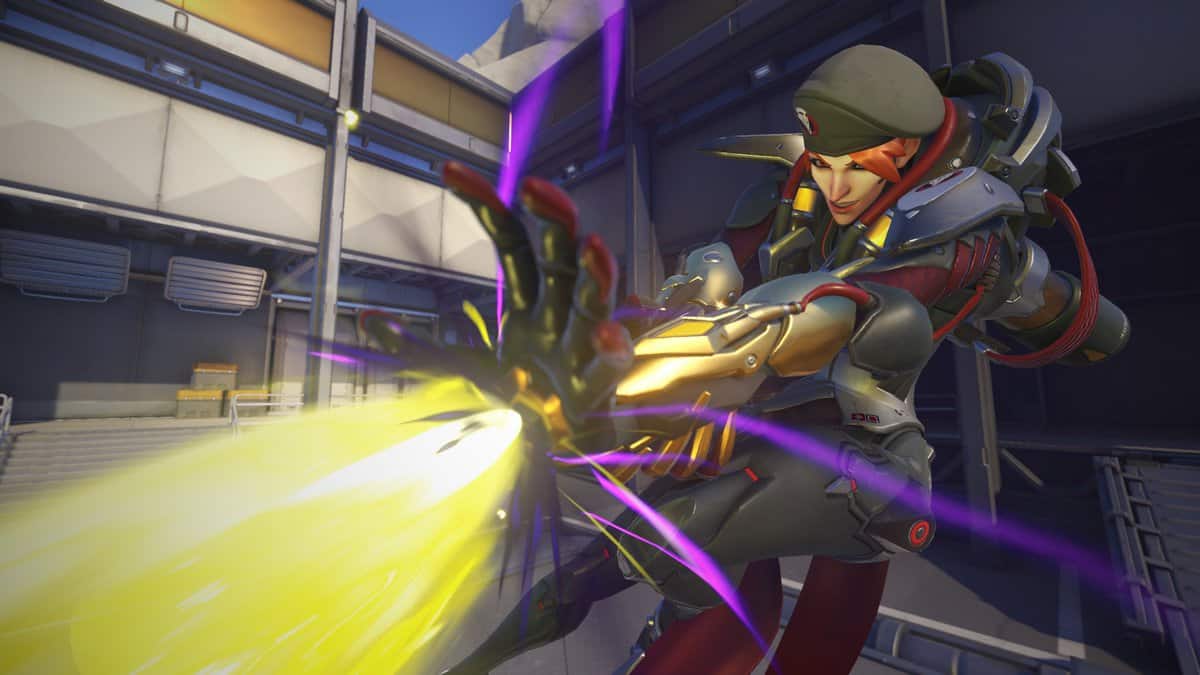 Moira is one of the most picked support heroes currently because of her excellent burst heals. She also dishes out great damage for support however she can be difficult to master. Here’s a guide on how to play Moira in Overwatch 2.

Moira is a scientist venturing into the field of genetic engineering in order to find a breakthrough to rewrite the building blocks of life. She is an equally brilliant and controversial scientist possessing the power of regrowth and decay in Overwatch 2.

Moira’s experimentation with the human genes got her kicked out from Overwatch but she didn’t stay down and quickly joined Talon. She is the one responsible for giving Reaper the powers that allow him to phase in and out of material form as well as teleport to locations.

In Overwatch 2, Moira is primarily a Support character that does a lot more than just support. She also possesses the healing ability alongside the skills to kill off enemies on the brink of death.

When it comes to weapons, Moira has the likes of Biotic Orb and Biotic Grasp in her arsenal. Both of these rely on the claw-like contraptions on her hands and the tank she has at her bank.

Biotic Grasp allows Moira to leech life from enemies and store it in the tank which can later be used to heal allies. She can also throw out Biotic Orbs which, depending on which orb was thrown, can either heal allies or damage enemies.

How to use Biotic Orb

The biotic orb can bounce off surfaces and can also heal or damage depending on whom you send it to. The bouncing can be utilized to hit multiple enemies at once.

Since Moira has very low hp and isn’t good when it comes to point holding so the BIOTIC ORB ability can help to play from the backline as true support.

How to use Fade

FADE is Moira’s invisibility ability. With this ability, she becomes invisible and invulnerable making it invaluable to use if you’re overwhelmed and need to retreat.

Moreover, you can also use the FADE ability to flank the enemy team and catch them by surprise.

How to use Coalescence

COALESCENCE is an Ultimate ability that is an energy beam that damages enemies and heals teammates depending on what you prioritize. It will last 8 seconds. Therefore, playing Moira in a team setting is recommended.

Alone Moira can’t do much but if surrounded by teammates, she can both heal and deal damage at a significant rate.

Moira is strong against

Mercy
Moira is just exceptional against Mercy as she can use her Biotic Grasp to drain the HP of Mercy instantly. In such scenarios, Mercy is totally helpless.

If however, Mercy manages to escape using her ability Guardian Angel, Moira can use the Biotic Grasp to catch her and finish the job.

Zenyatta
Zenyatta for starters doesn’t have any self-healing abilities so, she’s not a match for the likes of Moira. If Zenyatta is low on HP, all Moira needs is to send a Biotic Orb to finish her off.

Moira is weak against

Roadhog
Roadhog is a nightmare for Moira, especially his Chain hook. Roadhog can use his chain hook to one-shot Moira and put her to eternal sleep.

Furthermore, it also cancels Moira’s Coalescence ability so if you’re up against Roadhog, you’re a dead man.

Sombra
Sombra can deprive Moira of her ability making her a sitting duck. Also, Sombra can hack Moira’s abilities and disrupt her ultimate ability to end it prematurely.

Moira has good team synergy with

Reaper
Reaper the Tank will be in the frontlines directly exposed to enemy attacks. So, he can use the assistance of Moira, frontline support.

Both work well alongside each other to absolutely crush the enemies. Reaper continues the progression while Moira backs her up all the way to your victory.

Brigitte
Brigitte is the ideal support to pair with Moira. Brigitte can be aggressive with the Tank pushing in the ranks of the enemies while being covered by Moira.

Moira will keep the DPS topped off and ready to fight. So, having this combo, you’re bound to succeed.

Moira doesn’t require you to aim much since her main weapon does area damage. For this reason, we recommend using the dot crosshair since it frees up the screen for better vision.

A higher field of view compared to your opponent can make a world of a difference and the dot crosshair does just that.

It’s completely subjective though other crosshairs can also clear up your screen and help with the aim, so pick one that suits you and not the hero.

It is recommended to run the following setting for maximum effectiveness and accuracy.

Moira has pretty much gone unchanged into OW2 minus some small overall gameplay changes. Here’s a look into the changes she got in OW2.