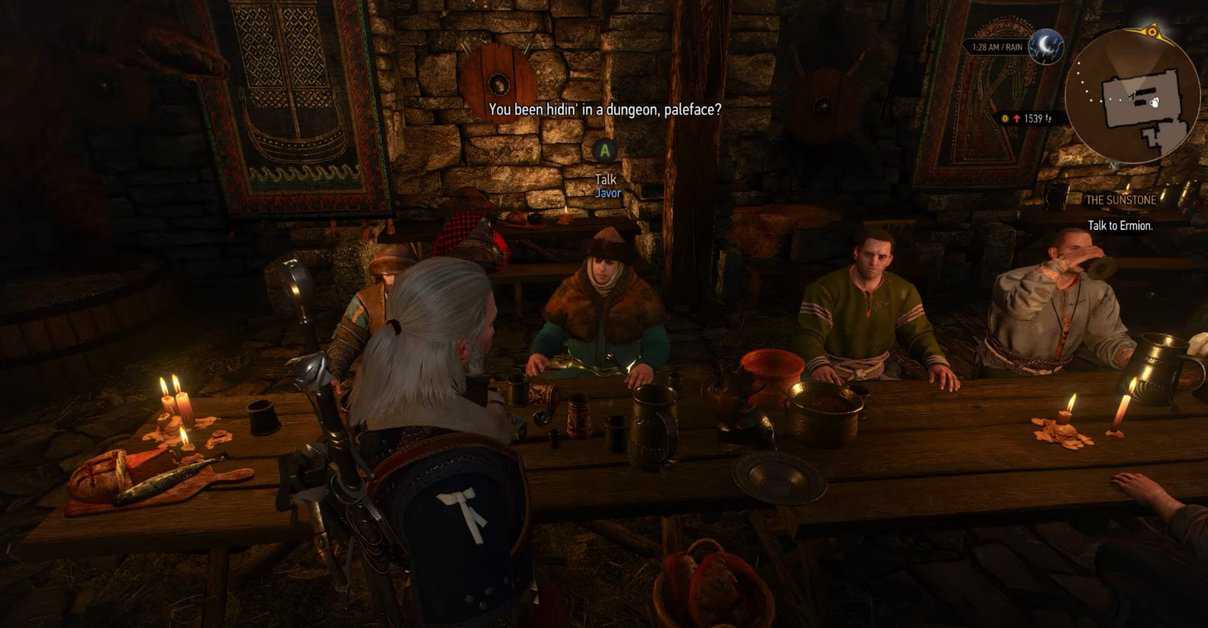 In The Witcher 3, players need to find certain NPC locations to get different armor, weapons, upgrades, acquire different skills, and so many other things. These NPCs are scattered throughout the map. Some of them will give you their items for free, and others will ask you for some money.

Some services from NPCs can be acquired by approaching them; however, others require players to complete certain quests. The NPCs in TW3 make players’ life way more straightforward; therefore, players need to know where they are. We have prepared this guide to cover the locations of all the major NPCs in The Witcher 3 Wild Hunt.

While there are too many NPCs and vendors in The Witcher 3 Wild Hunt to list down and give locations for, we have taken the liberty of providing you with some of the important NPCs in the game who provide unique services and items.

Players in The Witcher 3 can find Master Blacksmith(Hattori) in southern Novigrad. The NPC lives on Glory Lane. Here at this location, players get a sidequest, “Of Swords and Dumplings.” As soon as the players complete the quest, they will get access to the Master Blacksmith’s skills.

He is a very important NPC in The Witcher 3, as he is the only armorer that can craft mastercrafted tier armor. Master is the highest armor tier, and equipping them can make players strong against enemies.

In TW3, there is only one Master Armorer NPC. Players can find her at the shop at Crow’s Perch right after completing her quest called Master Armorer.

You can find this NPC easily by heading to Novigrad. The trophy merchant is right outside the “Oxenfurt Gate.” He is an alchemist and one of the few NPCs in the game that will buy a monster trophy from players for a decent price; therefore, finding him is crucial as this will get you gold.

If you don’t find him outside the Oxenfurt Gate, it may be because it’s too late. Players should wait for him in that case, and eventually, he will come there.

To find this merchant, you have to head to the Novigrad. Here get to the St Gregory Bridge, and you will find him close to that. This potion you will get from this herbalist will allow you to re-specialize your points the way you like.

To find this merchant, you have to head to the Ard Skellige, and you will find him close to the Gedyneith. This merchant also sells the “Potion of Clearance” in The Witcher 3.

In Witcher 3, players can color their Witcher gear in various colors using the dyes. The most convenient way for players to buy dyes is from a merchant in Beauclair. To find him, you must head towards the travel post in Beauclair Port, and you will find him close to a lake in TW3.

Players can buy Zerrikanian Saddlebags from a merchant in Novigrad’s Putrid Grove for 900 gold. However, there’s also a way to get it for free. Players must go to the main Skellige Island and get it from a horse race.

If you’re constantly looting everything you see, Zerrikanian Saddlebags are the best pre-expansion saddlebags because they raise your maximum weight capacity from 60 to 160.

Lazare Lafargue, the grandmaster smith, resides in the Lazare Lagargue workshop and maintains a store there. It is situated east of Dupont & Sons in the center of Hauteville.

The blacksmith can craft grandmaster-level armor sets for you in The Witcher 3. Along with armor crafting, he can sell you Saddlebags for carrying extra items in your inventory.

These bags can be purchased from the merchants who are armorers at the Tourney Grounds and also as loot in Toussaint. A free Beauclair Saddlebag can also be found at Knight Errant in Distress west.

Runewright is introduced in the “Hearts of Stone” expansion of the Witcher 3 and is needed for armor enchantment slots. You can find the Runewright on the northeast side of Novigrad. He is close to the Upper Mill and is not that hard to find.

But before you can find him, you must read the notice at the Seven Cats Inn. Players can discover the Runewright on the eastern side of a lake in Upper Mill, far to the northeast of Novigrad.