How To Find And Kill Drowners In The Witcher 3 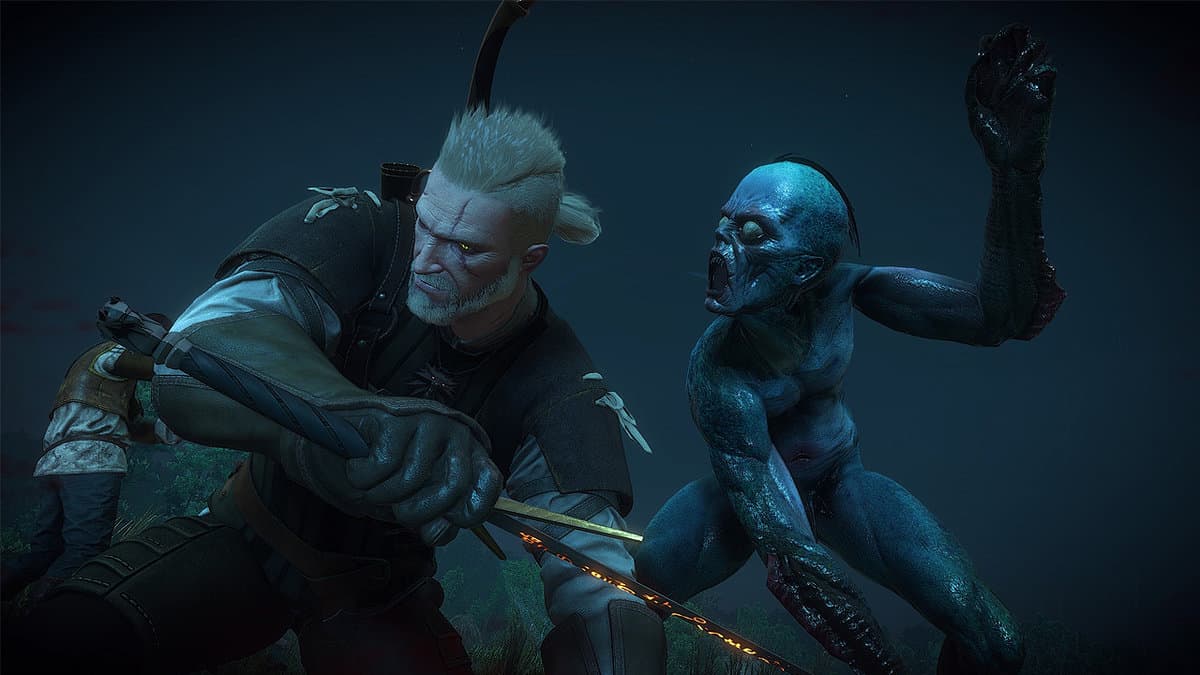 Drowners belong to the necrophage category in The Witcher 3: Wild Hunt bestiary. These corpse-eating monsters are believed to have once been human before they drowned and somehow returned from the dead.

They are fish-like creatures with fins and gills, making them excellent swimmers. No human can expect to out-swim them in the waters. It is why you should always remain quiet near water bodies. You never want to attract their attention.

The following guide will tell you where to find Drowners and how to kill them in The Witcher 3: Wild Hunt. You will also get to know about their attack patterns and weaknesses.

Drowners are found near bodies of water such as lakes, rivers, and swamps; and mostly during the night since these creatures do not like the sun very much. That being said, you can possibly find a few Drowners in the evening as well.

Take note that if you are hunting for Guarded Treasures and Smugglers’ Caches near the water, they are probably being guarded by a pack of Drowners. Spoils of War, which are often underwater, will also have Drowners swimming toward you as soon as you come near.

The first thing that you should know before taking on a group of Drowners is that they are always going to be at least three or more. Secondly, they move and attack fast which can catch you off guard. If you are not keeping an eye on all of them, one of them is likely going to quickly come behind you.

Being water-based creatures, Drowners are naturally weak to fire. That means you should cast Igni, especially if you can catch all of them in a single cast.

If there are too many of them to take on, throw a Dragon’s Dream before casting Igni for a massive explosion. You can also use a Dancing Star that will leave them burning for a few seconds.

Drowners are also susceptible to Necrophage Oil. While these creatures are not that challenging to kill, you can apply Necrophage Oil on your silver sword to do bonus damage. Remember to use your light, fast attacks instead of your heavy attacks to make quick work of them.

You can deal with Drowners even without casting signs and throwing alchemical bombs. Even the most basic attacks from your silver sword will do the job. You only need to make sure to dodge their attacks.

How to fight Drowners in the water

Drowners are one of the few enemies that you will have to fight in the water. Unfortunately, you cannot use your swords underwater, and neither can you cast any signs.

If you see Drowners swimming towards you, quickly use your crossbow to shoot bolts at them. One bolt is enough for each Drowner underwater. That is the only way you can fight them in the water.

Drowned Dead is another type of Drowners. They look mostly the same except that they are larger in size. They also appear more in number. One group can have five or more Drowned Deads.

Mucknixer looks different from Drowners and Drowned Dead. They have pale, grey skin compared to the blue tone. You will find Mucknixers in swamps or areas near swamps.

Both the Drown Dead and Mucknixer types have the same combat tactics as Drowners. The way to kill them all is the same as well. They are all susceptible to fire.