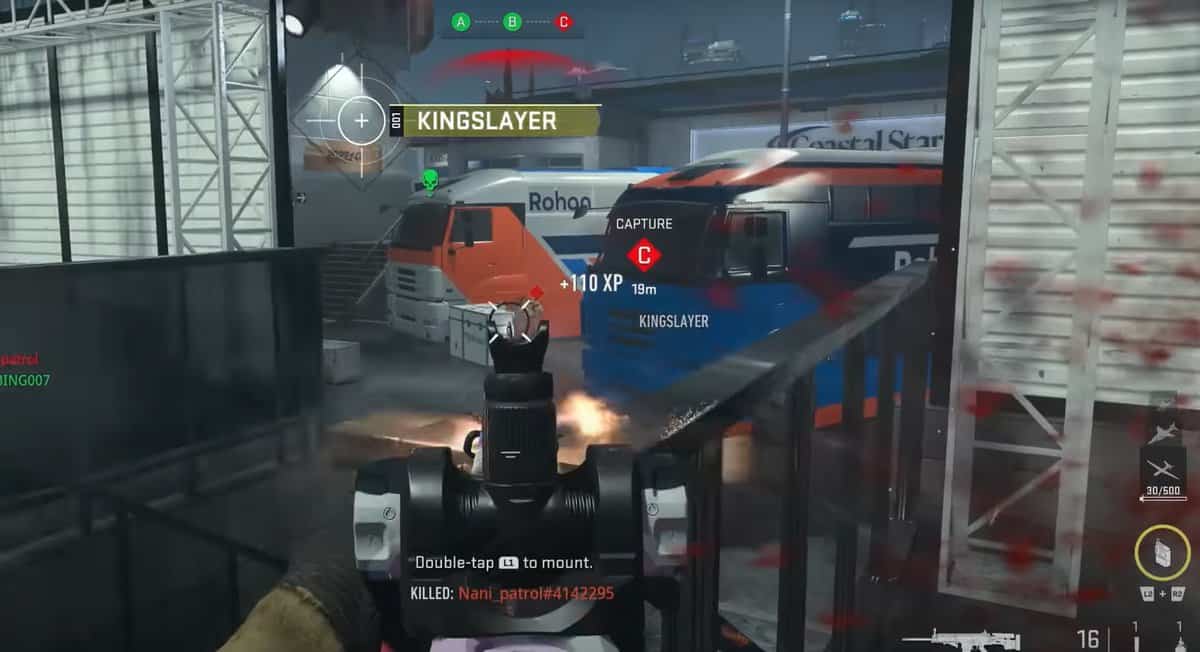 Call Of Duty Modern Warfare 2 has nearly 50 weapons on the deck, and players need help to select a suitable weapon for the fight. This MW2 guide will discuss all the top-class guns in Modern Warfare 2. In the end, we will also provide a tier list for guns.

Below are all the weapons in MW2, divided into 4 tiers based on their usefulness.

S Tier: As understood, the S tier guns are the best guns you can get your hands on in CoD MWII. Exceptional DPS, low recoil, and high accuracy make these weapons the best. These OP weapons might be nerfed later on, but as of the time of writing this guide, these are the best options to dominate any match you enter.

A Tier: A tier weapons can hold up well in any gunfight. You can improve them with attachments and make a good build, and they are excellent choices if you want a larger variety of weapons.

B Tier: B-tier weapons need work and experience if you want to use them effectively. You need to make good builds with these weapons, and getting used to their recoil and fire pattern takes time.

C Tier: These weapons need buffs, no question. Most C-tier weapons are plagued by awkward recoil patterns, low DPS, and other problems that make them bad. If your every shot is not a headshot, we don’t recommend using these weapons as they can’t compete in the cut-throat lobbies of CoD MWII.

The weapons below are in descending order of how good they are in CoD MWII.

FSS Hurricane’s recent buff makes it the best SMG. In this new Modern Warfare 2 update, FSS Hurricane’s range is increased by 5%. It has almost no recoil, and the damage range is also high, which you can improve by adding the Cannon 8 Barrel.

Although the SMG is good by default, some attachments can improve it. Merc 4 Grip can increase the stability of the weapon. This grip is perfect for hipfire and iron sights.

As soon as you see the enemies around, you can start firing.

The excellent accuracy of the weapon will allow you to gun down your target without aiming down sight. The perfect weapon for players who want to roam around the map without fearing a hidden enemy around the corner.

M4 is one of the most basic weapons, exactly as it was in Modern Warfare 2019. It is a straightforward weapon to pick up and use, a true jack of all trades. Whether you are a veteran player or playing Call of Duty for the very first time, M4 is a weapon you can perform well with.

One thing that makes it powerful is that if you have the vault edition, you have all the attachments unlocked from the get-go. You can make this weapon a top-tier behemoth as soon as you open it and create a class at level 4.

This beautiful rifle is a variant of the AK-47u. If you have played with Kastov 74U in the previous game, you’ll know that it was an SMG in the past. Even though Kastov 74U makes a comeback as an AR, it still retains all the excellent features of a high DPS SMG, with the added stability of an AR.

This is the most mobile of the rifles, so if you are a player who likes to run and gun while quickly scoping everyone around the map, Kastoc 74U is the gun for you. Kastov 74U’s got everything, from high fire rate to good damage and exceptional stopping power for a weapon that’s so mobile and agile.

MP5, now known as Lachmann Sub, is one of the best SMGs in Modern Warfare 2. The weapon doesn’t slow your movement, has fast ADS, and has excellent DPS overall.

Lachmann Sub has the fastest time to kill, which is 525; the only SMG that is faster than this is Fennec but has low DPS, and you need to have a perfect aim to deal any substantial damage.

Forge DX90-F will reduce the barrel smoke, which will help you avoid a third party joining your fight, especially when running solo.

Pineapple Grip provides recoil steadiness which, if you’ve played any match in CoD, you know more is always better. All that wrapped up in a familiar and easy-to-use package makes the Lachmann Sub one of the best guns in Modern Warfare 2.

This is the best-shot Marksman rifle in Call of Duty Modern Warfare 2. Although most marksman rifles in CoD are considered slow and only suitable for camping, the same cannot be said for Lockwood MK2.

The weapon comes with relatively good base stats for a marksman rifle. You can improve all these by using the plethora of attachments you get for Lockwood MK2. The first thing to add to Lockwood MK2 is VLK LZR 7MW, which will increase its ADS speed. Quick-scoping can lead to hilarious kills and frustrated players calling you a hacker.

The sight will also decrease your sprinting to ADS time, making it easier to defend yourself if you run into a tight spot. To summarize, it has one-shot kill potential, is quick-firing, and easy to carry.

STB 556, along with its already high damage, also deals increased torso damage. The weapon has a 3-shot kill potential, but one of these shots has to land on the torso.

This gun has a 741 RPM speed which is pretty fast for an assault rifle. The killing potential is incredibly fast, up close at 162 milliseconds. This is the fastest time to kill out of any assault rifles.

In short, the damage for STB 556 drops as the distance between you and your target increase, making it extremely OP in CQC and trash in large maps where high-range fights are the norm.

This is one of the best snipers in Modern Warfare 2. It has one-shot kill potential, even if your shot lands on the torso.

In addition to high damage, SPR 208 comes with excellent bullet velocity. If you are camping or planning to shoot a moving target from afar, you don’t have to lead up your shots too much, making SPR 208 a good choice for players just now learning how to use a sniper.

SPR 208’s ADS speed is also faster than other game snipers. Of course, you can even speed it up by mixing up your attachments, giving you somewhat of a defensive chance in CQC.

Being a pure AR, Kastov 762 features better damage, control, and accuracy than Kastov 74U. Honestly, whatever you can expect from an AR, Kastov 762 delivers but better.

It does retain some of the lighter SMG features, but these are toned down for a balanced experience. Kastov 762 has a relatively high DPS for other ARs, better mobility, and good damage.

The weapon itself is nothing too special, but with a proper attachment setup that compliments both your skills and the advantages of the gun. You will get something special, excellent for almost any encounter, and a well-rounded weapon.

Raal MG is the number one LMG to be used in the game. It kills insanely quickly and has zero recoils. What makes it stand out among other LMGs is the unbelievably high fire rate Raal MG has for an LMG.

As far as the attachments are concerned, 50-round belt Magazines can be the first attachment, with the rear grip being the Bruen Q900 to increase the ADS speed. A red dot is the best option for the optic, but you can opt for a higher-power optic if it suits you.

The best laser attachment will be FSS OLE-V-LASER. The last attachment you need is BBM338 for the muzzle, which helps increase the ADS speed further and increases the fire rate on top of the already high fire rate.

With the recommended setup, Raal MG will feature the stability, high ammo capacity, and damage of LMGs, along with a high fire rate and range of ARs. The perfect blend.