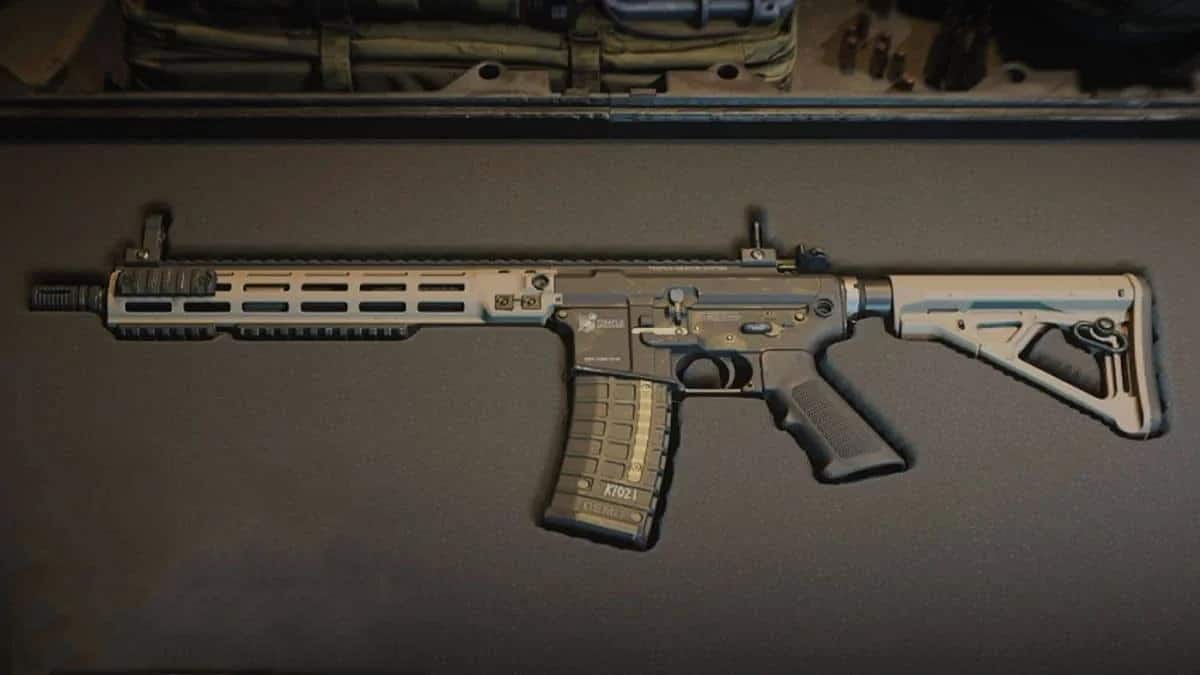 The beloved M4A1 assault rifle returns in Modern Warfare 2 as the M4. It has always been the go-to weapon for assaulters in every single Call of Duty installment to date.

In Modern Warfare 2, the M4 is the first weapon in the AR weapon platform. For that reason, M4 does not need to be unlocked and will be available from the beginning.

As you level up, you can however unlock more weapons in the progression tree of Assault Rifle, for example, M16. Right off the bat, you will get a basic standard-class setup of the M4 rifle.

To begin upgrading and customizing your weapon, you will need to reach level 5. If you are not liking the weapon in MW2, you can however try other options such as VEL 46, FSS Hurricane, and Lachman-556 until you will get the option to upgrade yours.

With Modern Warfare 2, the M4 offers a bunch of new attachments that you can combine with various perks for the best AR loadout in the game.

If you are new to the game and not sure which weapon to pick, start with the M4. The following guide will get you started with the best M4 loadouts and class setups for both short-range and long-range encounters in MW2.

The basic M4 class setup is best for medium to long ranges. If your reflexes and aim are good, you can also take the M4 in short ranges.

Fast mobility on the battlefield will reward big time as it can be deciding factor between kills. For that reason, Double Time is the best base perk that allows doubling the time of the tactical sprint.

For all your explosive handling needs, the Bomb Squad perk works best in all situations. This perk will reduce damage from the explosives as well as reset any explosive fuses when live explosives are picked.

To get all the stuff done in a pinch, use the Fast Hands perk. This perk will avoid getting you stuck off-guard with the help of the speedier reload speed for the weapon.

Getting stealthy always works out in favor on the battlefield. Use the Ghost as the ultimate perk to get undetectable to the UAV, sensors, and Radars. Keep in mind that this is the high-level perk that will unlock at level 52.

Starting off with the most crucial piece of tactical equipment. Stun Grenade allows for slowing the enemy’s movement and speed by stunning them and making their weapon useless.

For all the close course explosive needs, Drill Charge is the best tactical equipment. It has a thermal detector that can travel through small surfaces inside the walls to sneak up on the enemies and ultimately blast them.